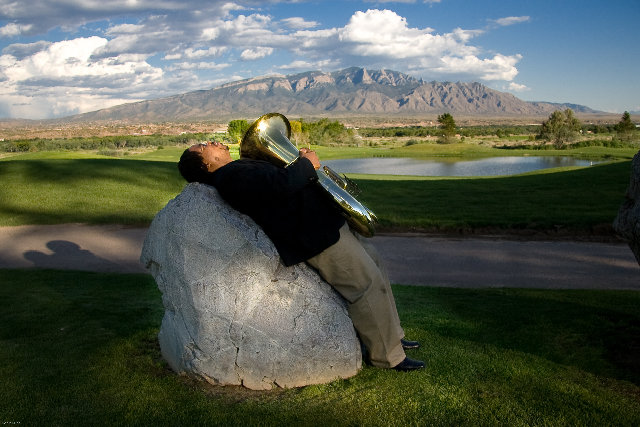 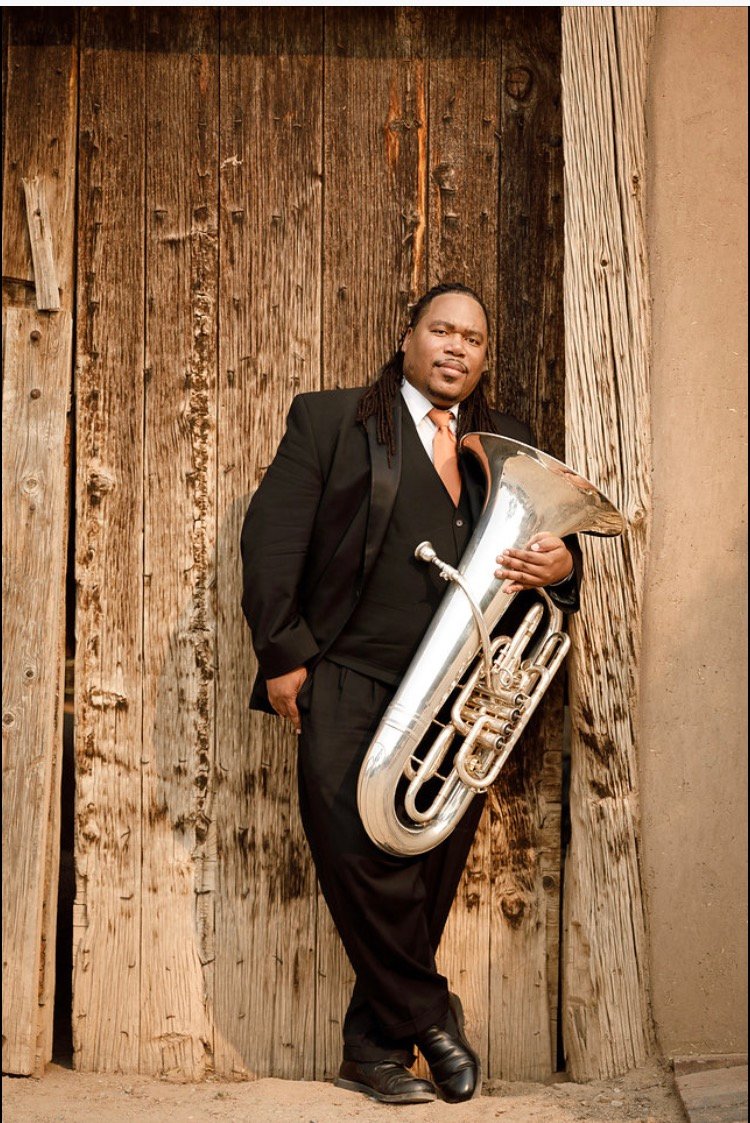 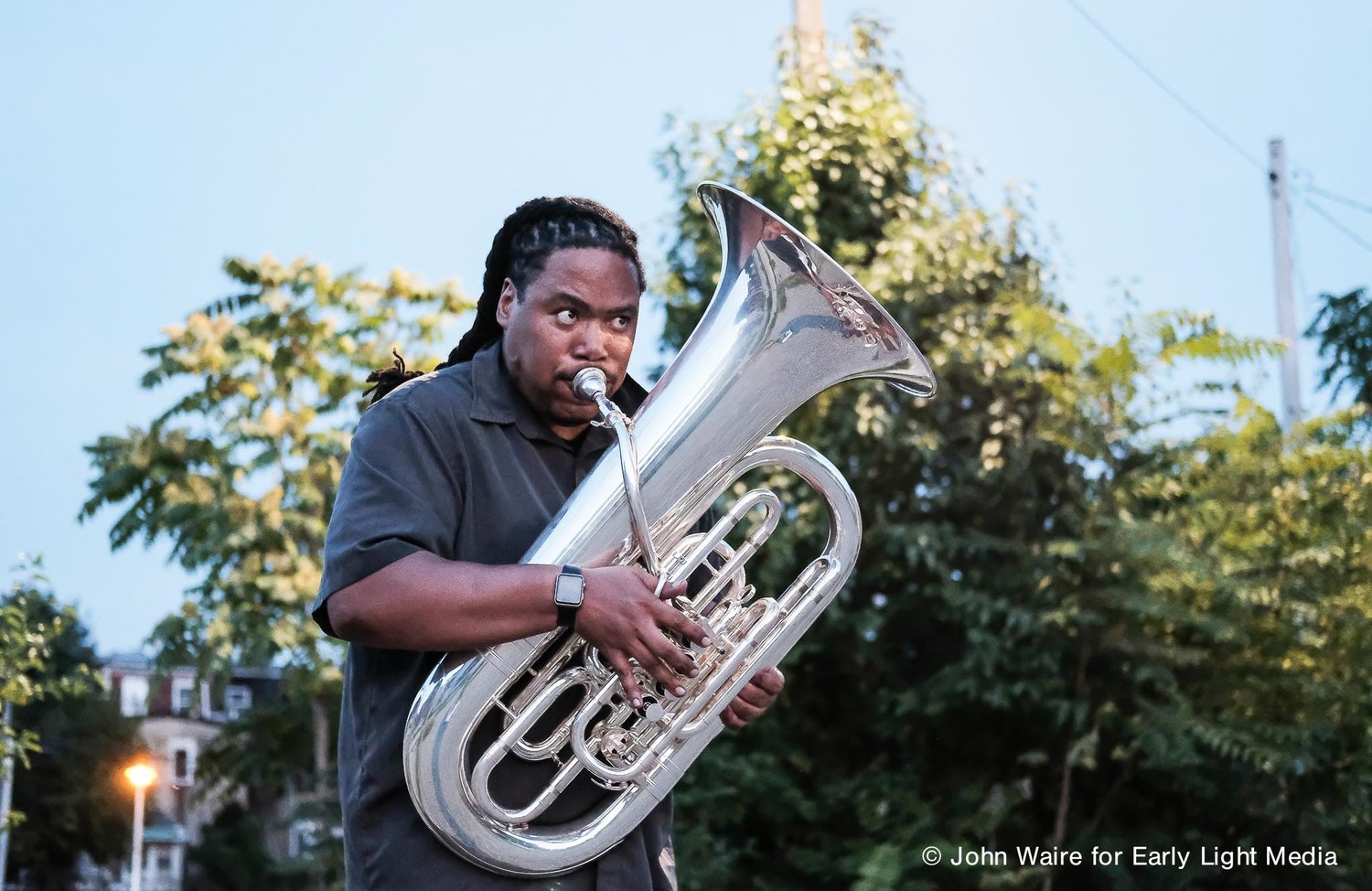 Homeless as a child, White was often hungry and cold. He said his imagination saved his life. Sometimes he had to imagine a warm blanket and food in his stomach.

“My mom is a hero because she did the hardest thing – to give a kid up,” he said.

For a long time, he disliked his foster parents; they made him follow rules. He said at first when they fed him three times a day, they would give him a sandwich and he would put half in his pocket. He didn’t understand when they told him he could have a sandwich any time he wanted.

Today, White has navigated his powerful imagination, which he calls his superpower, into a lifetime as a world-renowned tubist.

In fourth grade he discovered the trumpet and went into the school music program. The “music motion and emotion” taught him to learn and behave in school (because if he didn’t, his foster parents would take the trumpet). In middle school, he became frustrated as one in a sea of trumpets and, looking around, focused on the lone sousaphone in the room and decided on that instead.

His skill got him into the arts magnet school, Baltimore School for the Arts, and from there he went on to eventually be the first African American man to earn a doctorate in the tuba. He has played in symphonies and numerous other on-stage performance venues. Today, he is a full professor of the tuba and euphonium (baby tuba) at the University of New Mexico.

But that is not the end; in fact, his bucket list is just getting started.

At the top of the list is a nonprofit he calls the RAW Tuba Ranch he is starting in Bernalillo County.

“The goal is inspiring hope, establishing the RAW Tuba Foundation,” White said. “It will be a place of fellowship where you can come and be yourself – a music school and an art school.”

Two more things on his list include being able to say, “I played a recital on all seven continents,” and to create a tuba yoga CD with the help of some colleagues.

At 7 p.m. Saturday, April 30, White will bring his own brand of motivational speaking to the Fountain Theatre, 2469 Calle de Guadalupe, in Mesilla for a Mesilla Valley Film Society (MVFS) fundraiser event. He said he is passionate about sharing his inspiration and will be visiting various schools on that day to speak with students.

Tickets are $50 and are available in advance. The memoir is available for $20 ($28 at the book signing).
A hundred tickets will be sold, and masks are recommended. For more information call 575-524-8287 or go to www.mesillavalleyfilm.org.

“I am spreading hope in a time we need it – embracing humanality with hope and music,” White said. “I am a believer that there are thousands of problems in the world, but 99 percent could be solved if we could just be kind. If there is a statement I could wear on my heart, that would be it.”