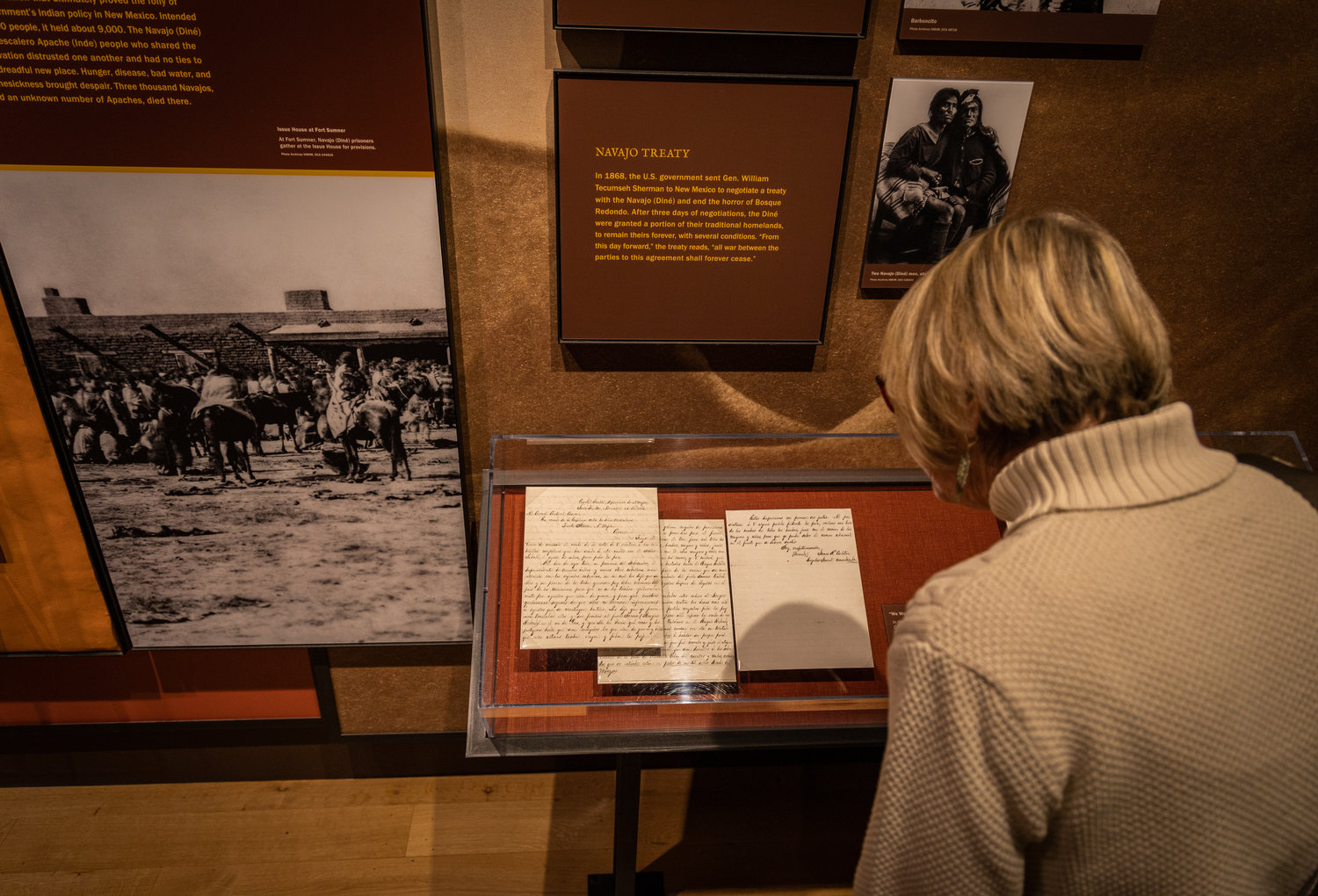 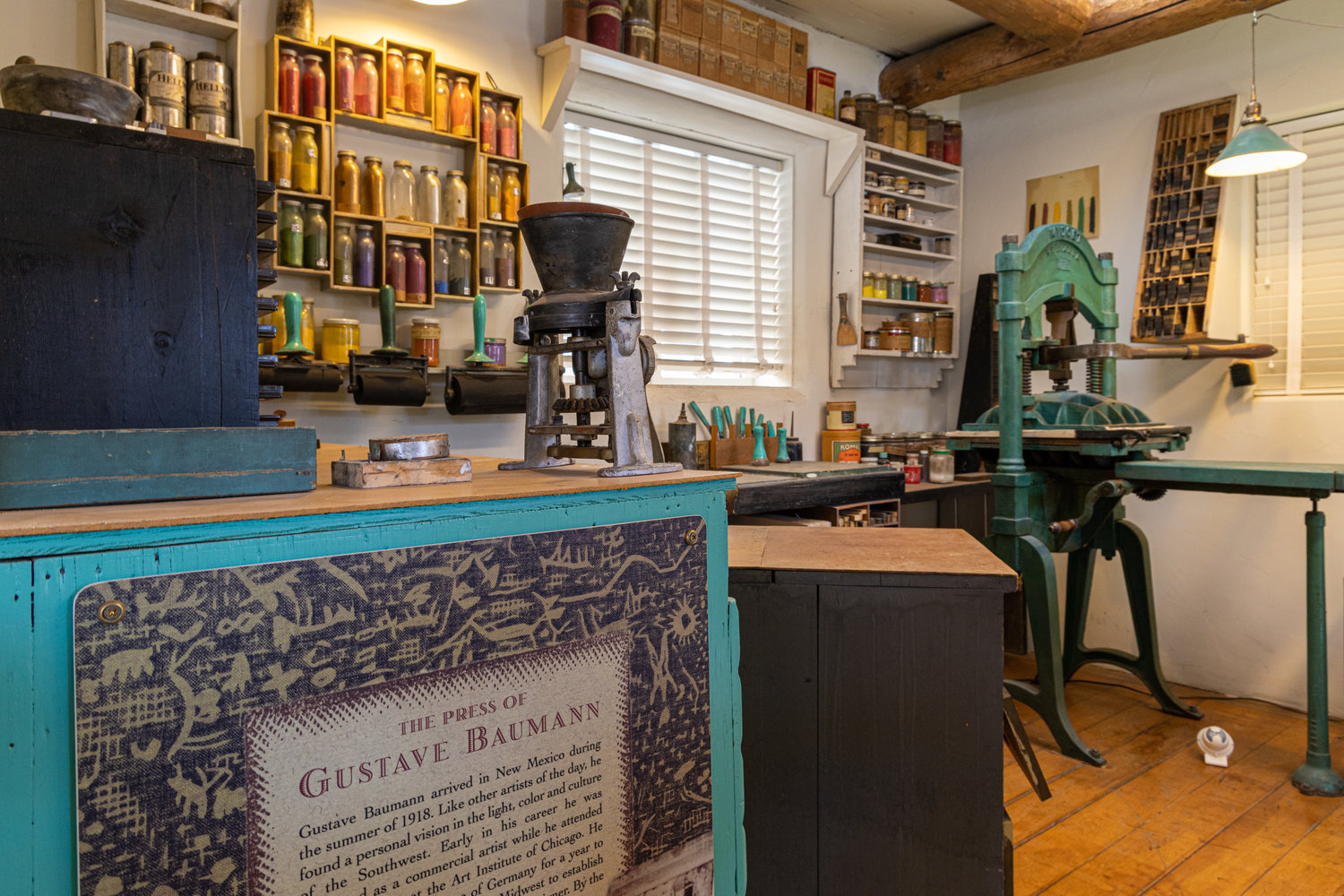 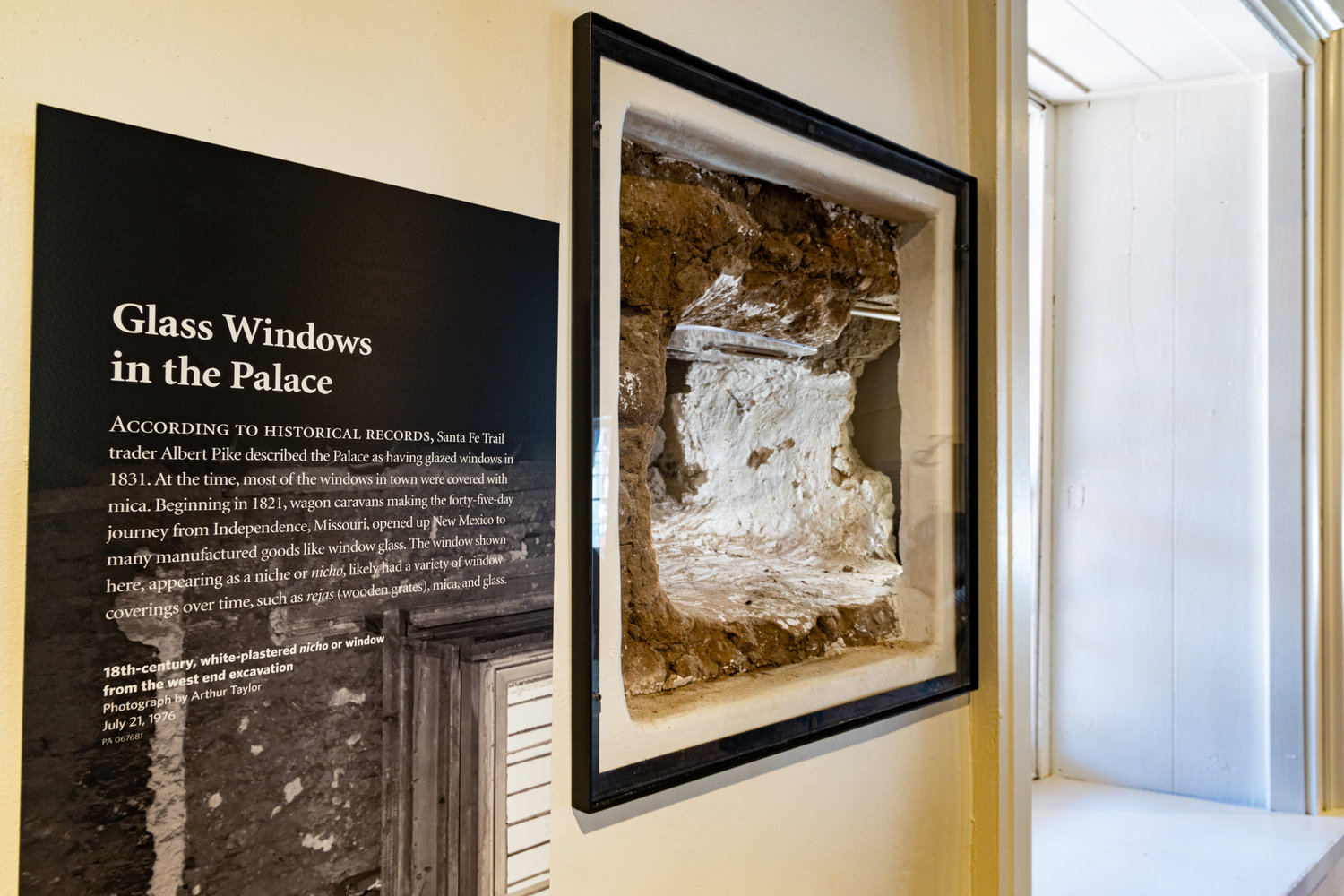 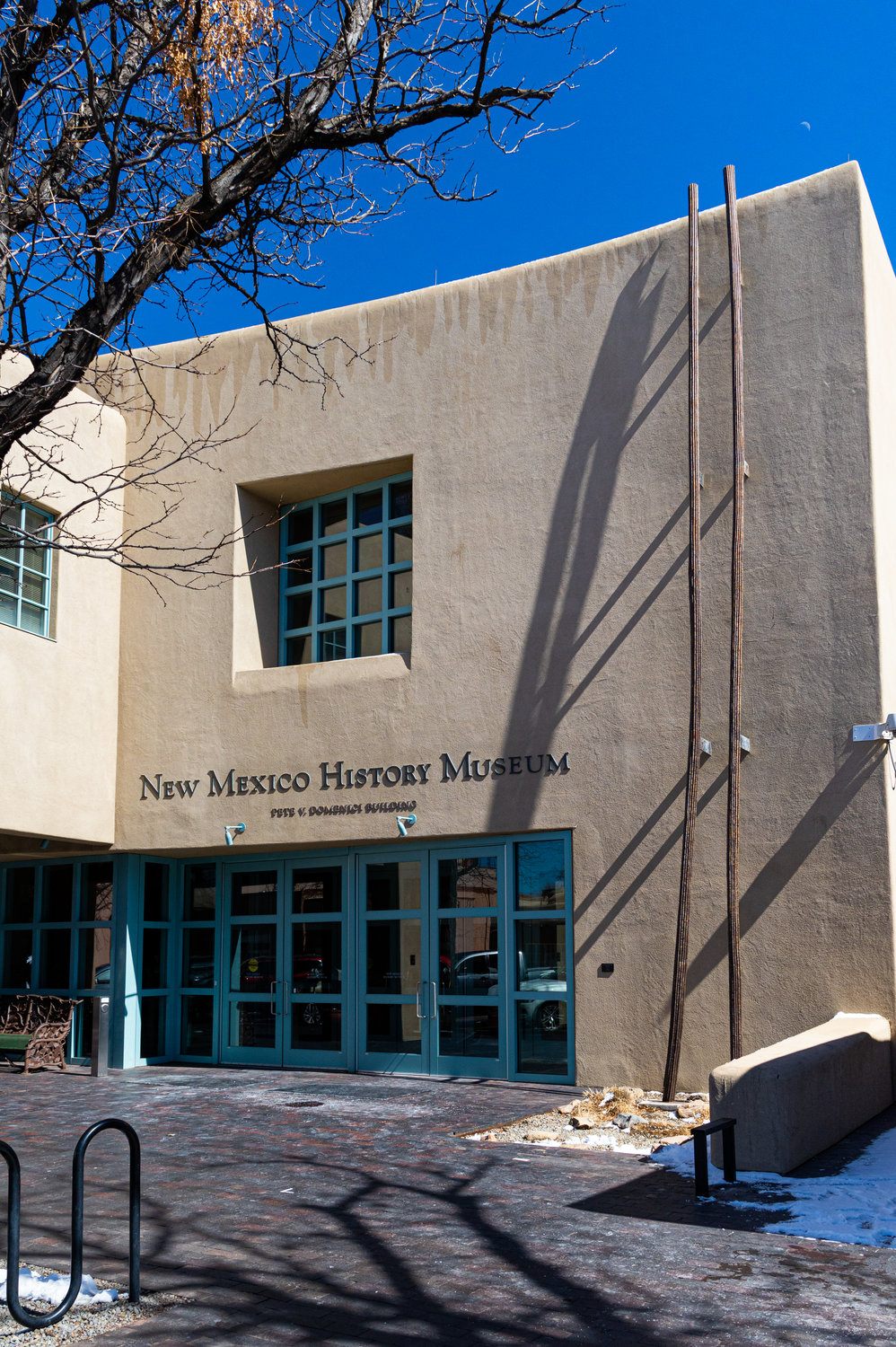 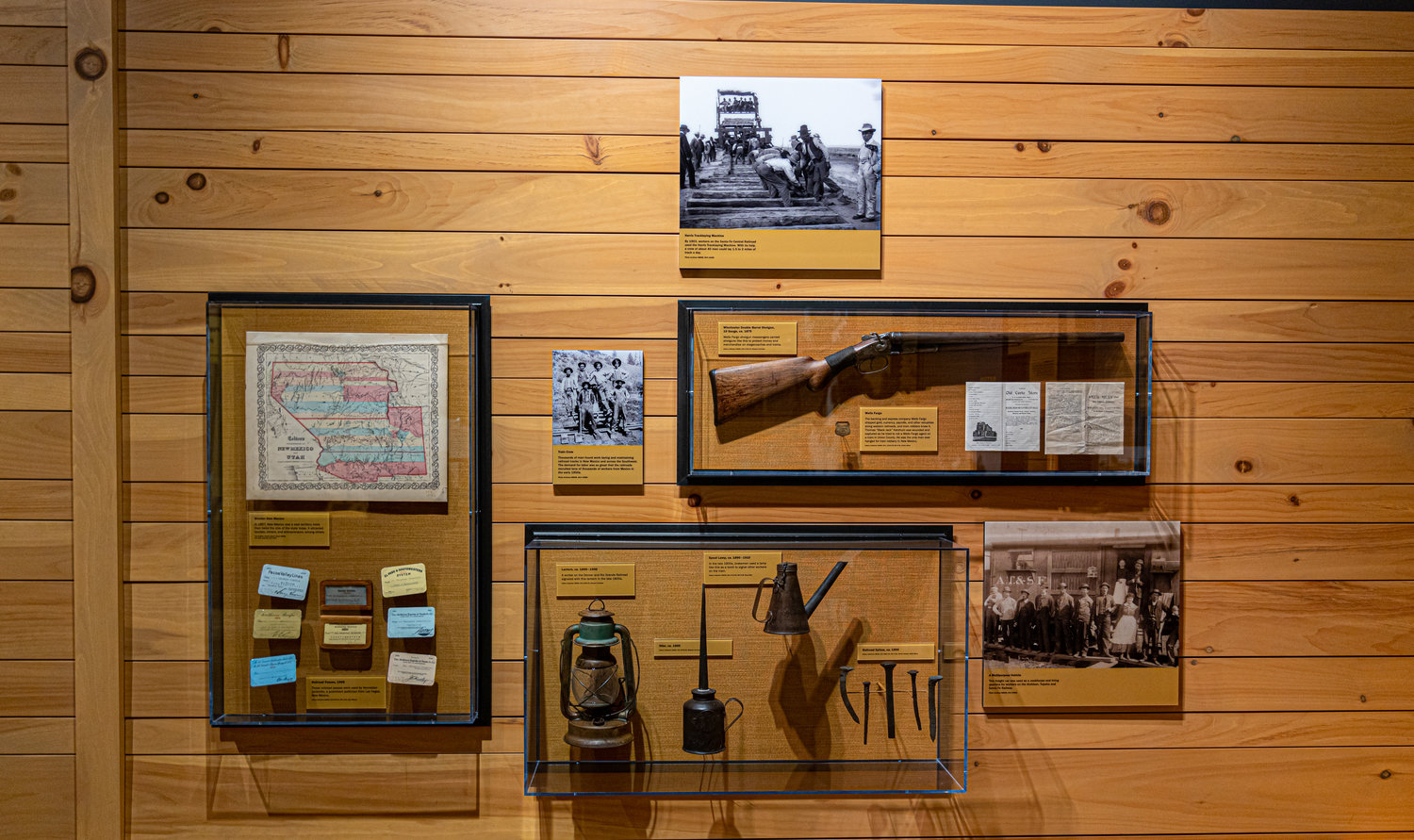 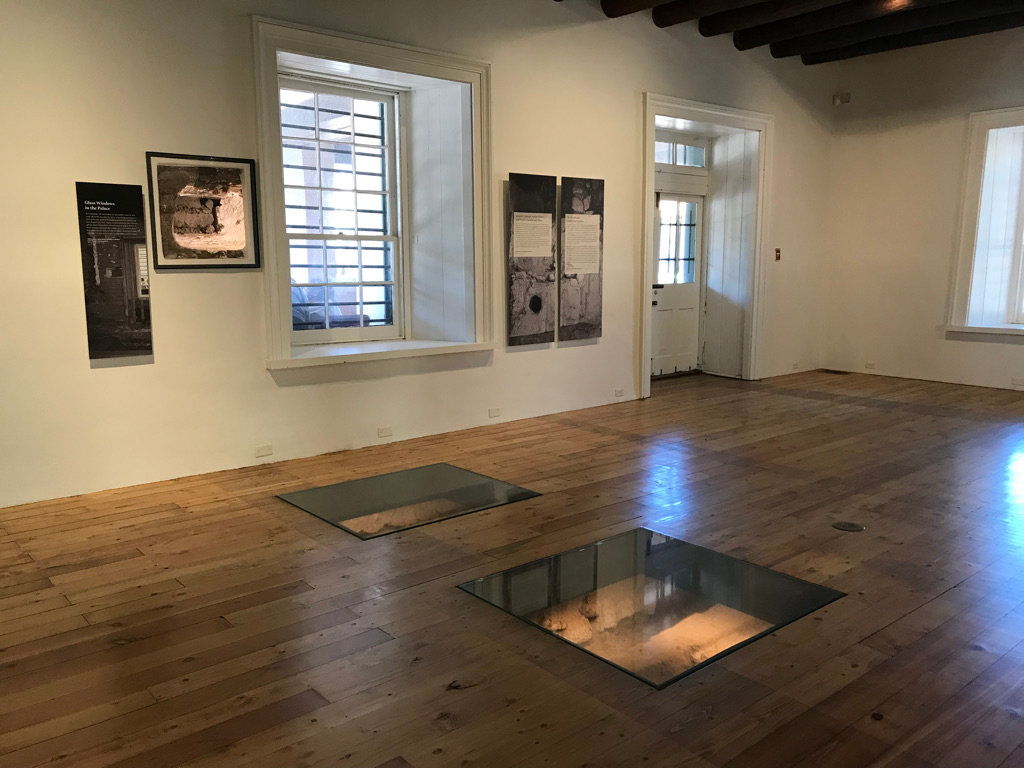 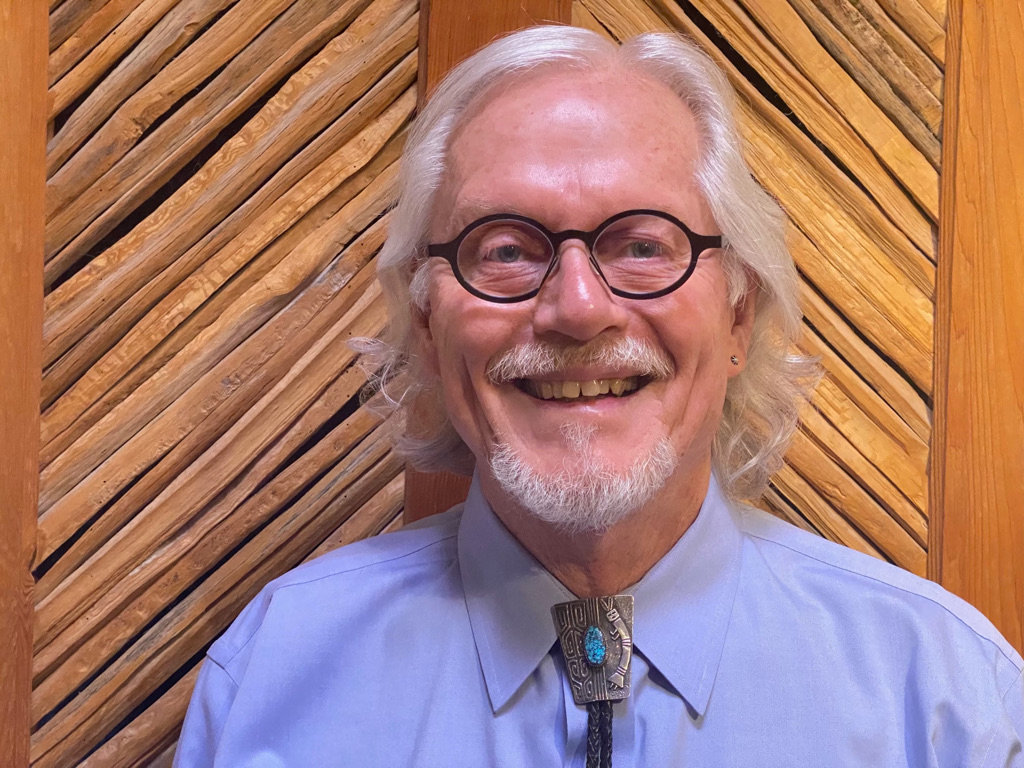 Previous Next
Posted Tuesday, July 26, 2022 10:28 am
New Mexico History Museum is part of the largest museum system in the U.S.

Housed in the Palace of the Governors and two other buildings in Santa Fe’s historic district, the New Mexico History Museum (NMHM) includes a library of 6,000 volumes, a large map collection, 800,000 to a million images and 16,000 objects.

NMHM is part of the largest state-sponsored museum system in the United States and is managed by the New Mexico Department of Cultural Affairs.

The Palace of the Governors was built in 1610 and first used to exhibit the collections of the Historical Society of New Mexico in 1885. The Territorial Legislature authorized its use by the Museum of New Mexico in 1909. The building became a National Historic Landmark in 1960 and was placed on the National Register of Historic Places in 1966.

Major Gen. Lew Wallace (1827-1905) wrote the final chapters of “Ben-Hur: A Tale of the Christ” (the best-selling American novel of the 19th century) in the palace while serving as New Mexico territorial governor in the late 1870s. It was featured on a 1+1⁄4-cent postage stamp in 1960.

The palace became NMHM’s home in 2009. The museum also includes the Chávez Library Building, built in 1907, purchased by the state in 1990, and named for Fray Angélico Chávez (1910-96), a priest, author, archivist and artist; and the Pete V. Domenici Building, which opened in 2009 and is named for New Mexico’s longest serving U.S. senator.

“The longer I’ve been here, the more I am humbled by the position that I am in,” said Billy Garrett, former Doña Ana County commissioner, who became interim director of the New Mexico History Museum (NMHM) in Santa Fe in May 2019 and has been permanent director for more than two years.

After eight years on the county commission (2011-18), Garrett was “trying to figure out what I was going to do next,” he said, when he got an offer to become NMHM interim director. Garrett was named executive director a couple of weeks before COVID-19 hit, closing the museum and public buildings across the country.

The shutdown “afforded us an opportunity as a staff to become a lot more comfortable doing things remotely,” Garrett said. The museum continues to encourage visitors to come to the museum and is also creating “opportunities for people to see some of these things online,” he said.

A good example is “Fred Harvey Weekend,” which NMHM had been hosting for a decade to celebrate the Harvey House restaurants and hotels that began springing up along the Santa Fe Railroad in 1876, “connecting New Mexico and the West to other parts of the country,” Garrett said.

Instead of canceling the event in 2020 because of the pandemic, Garrett and his staff changed the format into a Zoom lecture series and an “online cooking show (with) really great chefs in Santa Fe” sharing their recipes with an audience from a national and international audience that “was cooking along with us,” he said.

Last year’s event was a hybrid, with an in-person dinner in Santa Fe and additional online content. The 2022 event is Nov. 11-15 in Santa Fe, Lamy and Las Vegas, New Mexico, and the “Setting the Standard: The Fred Harvey Company and Its Legacy” exhibit continues at NMHM through the end of 2024.

“That’s an important indication of the direction we’re taking as a museum,” Garrett said. “A good part of that is trying to figure out how we can be more relevant and more connected to people within New Mexico and who are interested in New Mexico.”

NMHM also has important material for researchers, writers and students, Garrett said, and is “working very hard” to get materials digitized and available online. The museum also has an “aggressive educational program” to connect it with teachers and students statewide.

Garrett is also busy with a major project to preserve the 400-year-old Palace of the Governors. Work began in 2018 and will continue for about two more years, he said.

“The Palace Seen and Unseen: A Convergence of History and Archaeology, which continues through June 2026; “WORDS on the Edge” poetry exhibition that closes Aug. 31; “The Massacre of Don Pedro Villasur,” “The First World War” and “Telling New Mexico: Stories from Then and Now,” that continue through 2030.

Garrett is also excited about an exhibit that opens Aug. 7 and continues for a year at NMHM: “Honoring Tradition and Innovation: 100-Years of Santa Fe's Indian Market 1922-2022.” The exhibition will include 250 objects associated with the past century of the market, which annually includes the largest juried Native American art show in the world.

The exhibit demonstrates “changing federal Indian policy,” Garrett said, showing the shift from “paternalism to one where Native Americans are much more in control of how their work is presented and who judges they do and directs sales of their items.”

During a TV interview he did in a room in the Palace of the Governors, for example, Garrett said the camera lights “caught a shadow in one corner,” showing a faint pictograph scratched into the wall more than a hundred years ago as part of an exhibit of findings and artists’ renderings from an archeological dig north of Santa Fe.

Garrett found similar etchings in other corners of the room, but “I can’t find any references to any of these in our historic documentation. No one in the museum had seen them before.”

Garrett, who retired from the U.S. Forest Service in 2009 before running for county commission, said there is more he wants to accomplish at NMHM “before I retire yet again.” He and his wife, Cynthia, sold their house in Las Cruces to make the move to Santa Fe, but “Las Cruces and Doña Ana County are in my blood,” Garrett said. “It’s my home. It’s always my sort of spiritual anchor point.”

In fact, he said, being from Las Cruces is one of the reasons he was named NMHM executive director.

“My selection and my being here are an affirmation of being able to reach out to all corners of the state,” he said. “As we continue to work on exhibits, as we flesh out what we’re going to do with new exhibits in the palace, I think people can expect to see more of themselves in this museum and that’s part of our objective.”