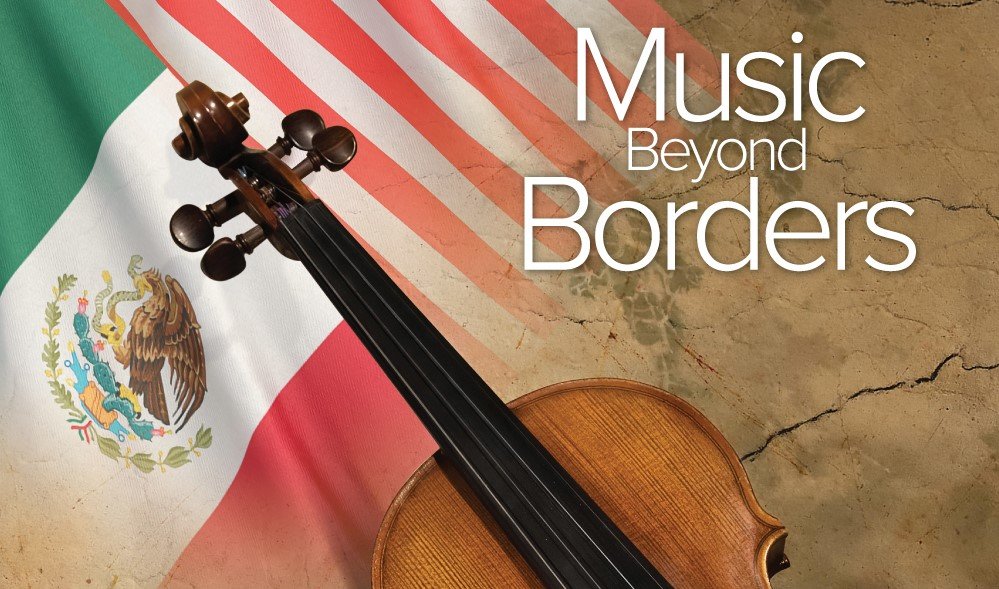 Two concerts will be presented. The concerts are at 6 p.m. Saturday, March 26 at Centro Cultural Paso del Norte in Ciudad Juárez, México; and at 3 p.m. Sunday, March 27, at Atkinson Recital Hall in the NMSU Music Building, 1075 N. Horseshoe St. on campus.

“This initiative has been led by the Mexican consulate in El Paso,” said NMSU Philharmonic Orchestra Conductor Simón Gollo, who is an associate professor of violin at NMSU.

The requested donation at the Juarez concert is 100 pesos. There NMSU concert is free of charge and open to the public.

The orchestra will comprised of more than 100 musicians under the direction of Gollo and García.

“This event aims to strengthen the cultural relationship between both countries and the academic exchange between one of the most important universities in the state, NMSU, and one of the most relevant social-musical projects in Mexico,” Gollo said.

“Music Beyond Borders – Música más allá de las Fronteras is an event that highlights the importance of seeing life and music beyond any border and encourages artistic exchange in our region, the U.S. and Mexico,” Gollo said. “All donations will be directed to scholarships for future NMSU music students, as well as purchasing instruments for the Filarmónica Joven de Ciudad Juárez/OSEA Revolución UACJ program, among other needs,” he said.

“We are delighted to present these concerts to our community,” Gollo said.