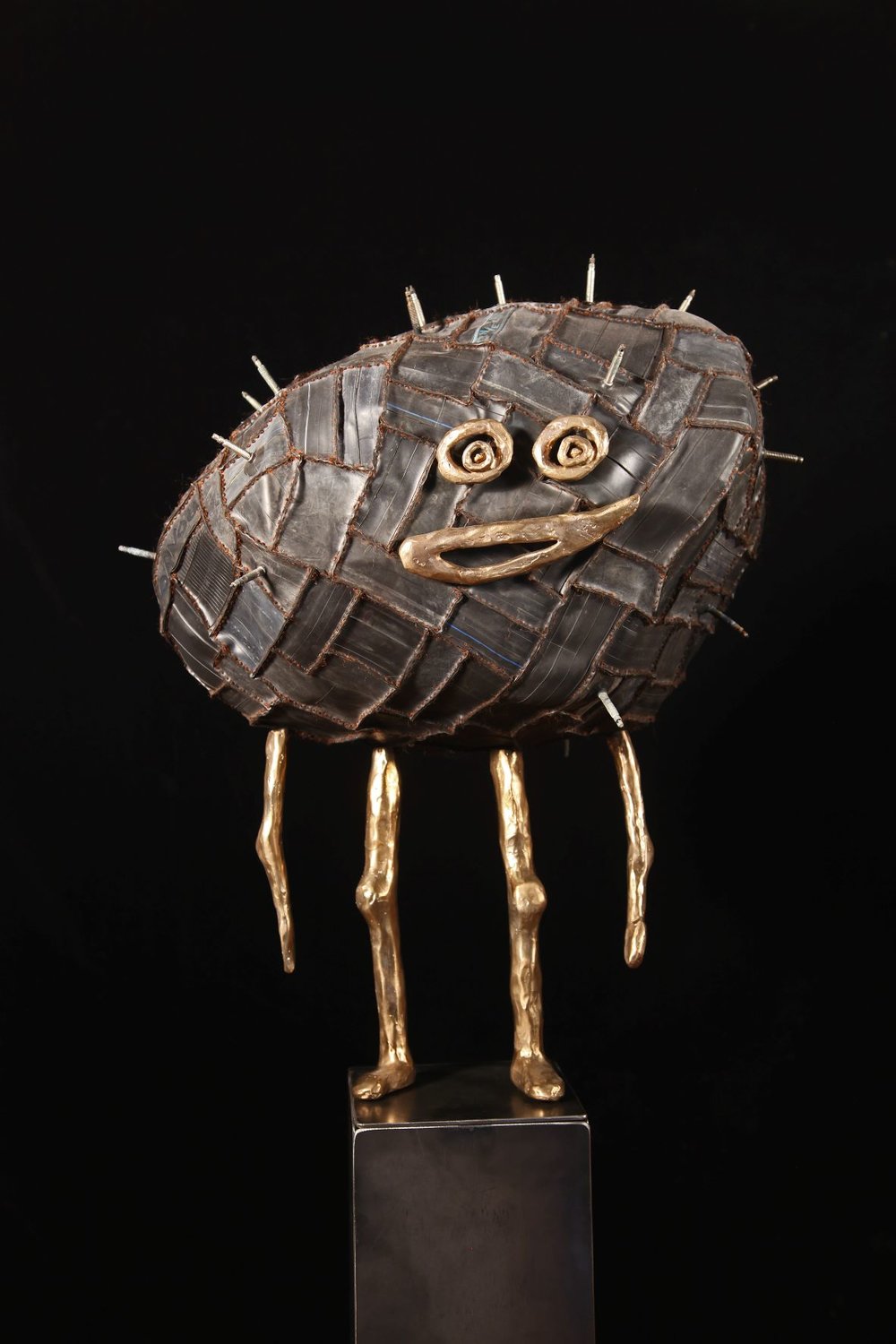 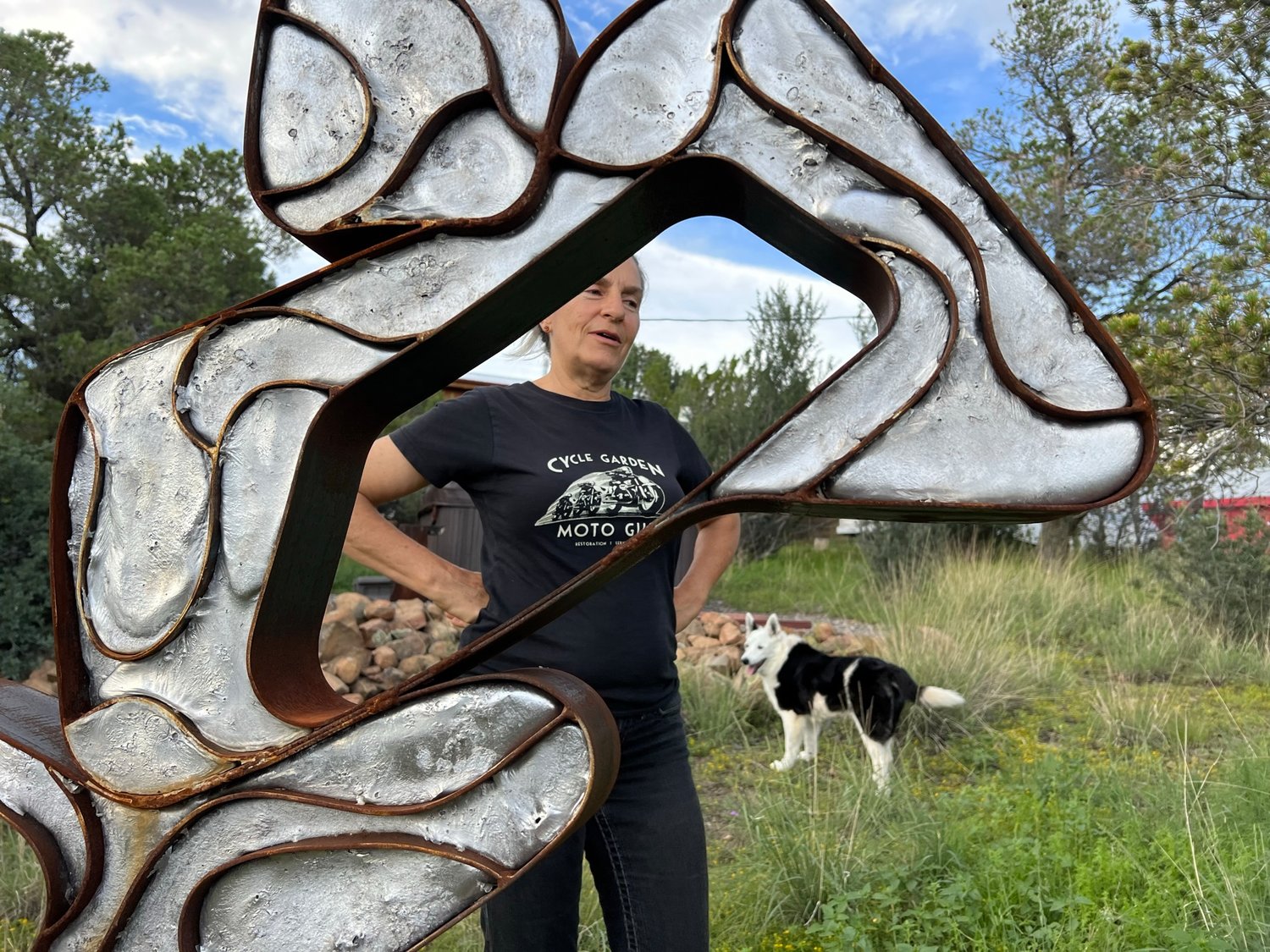 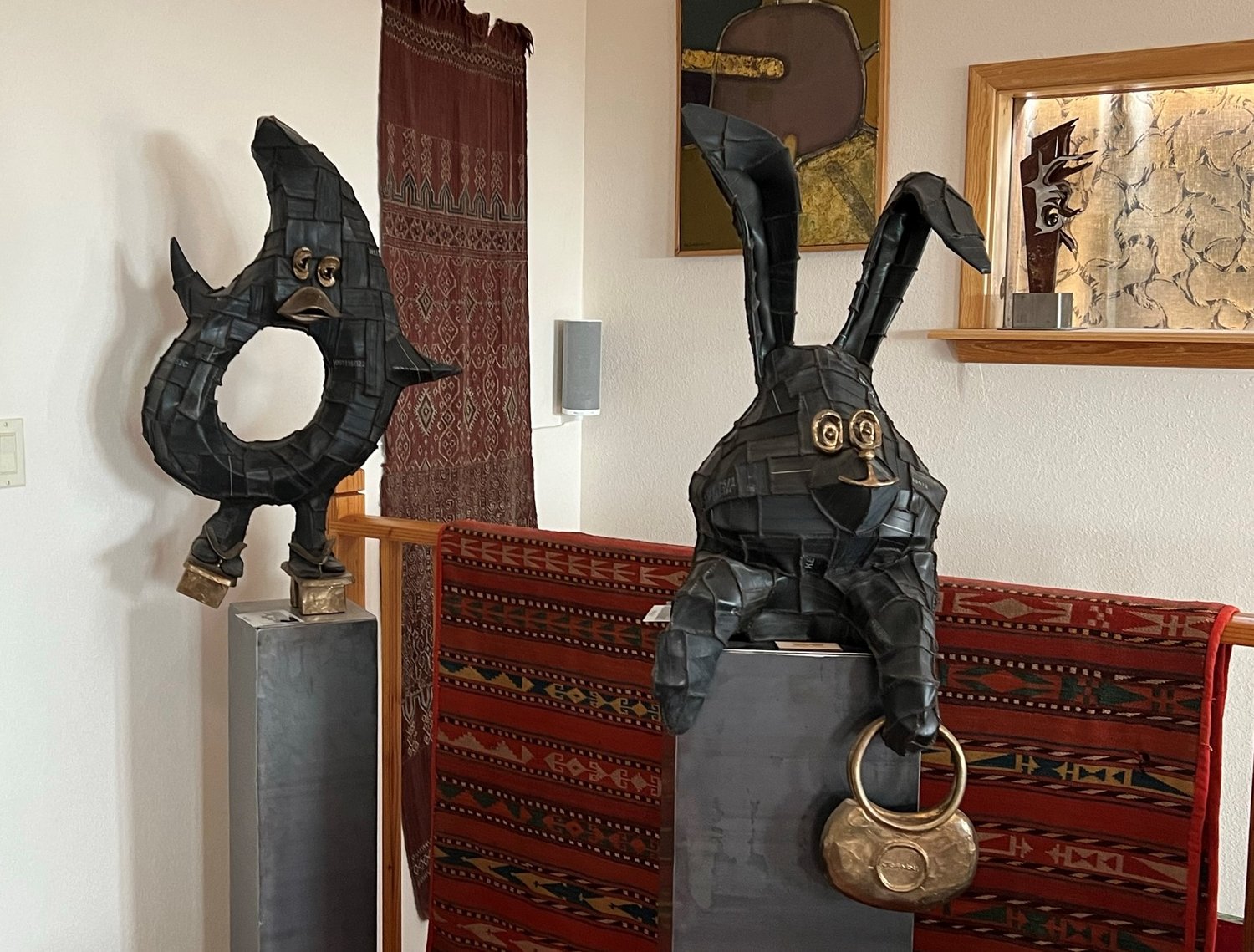 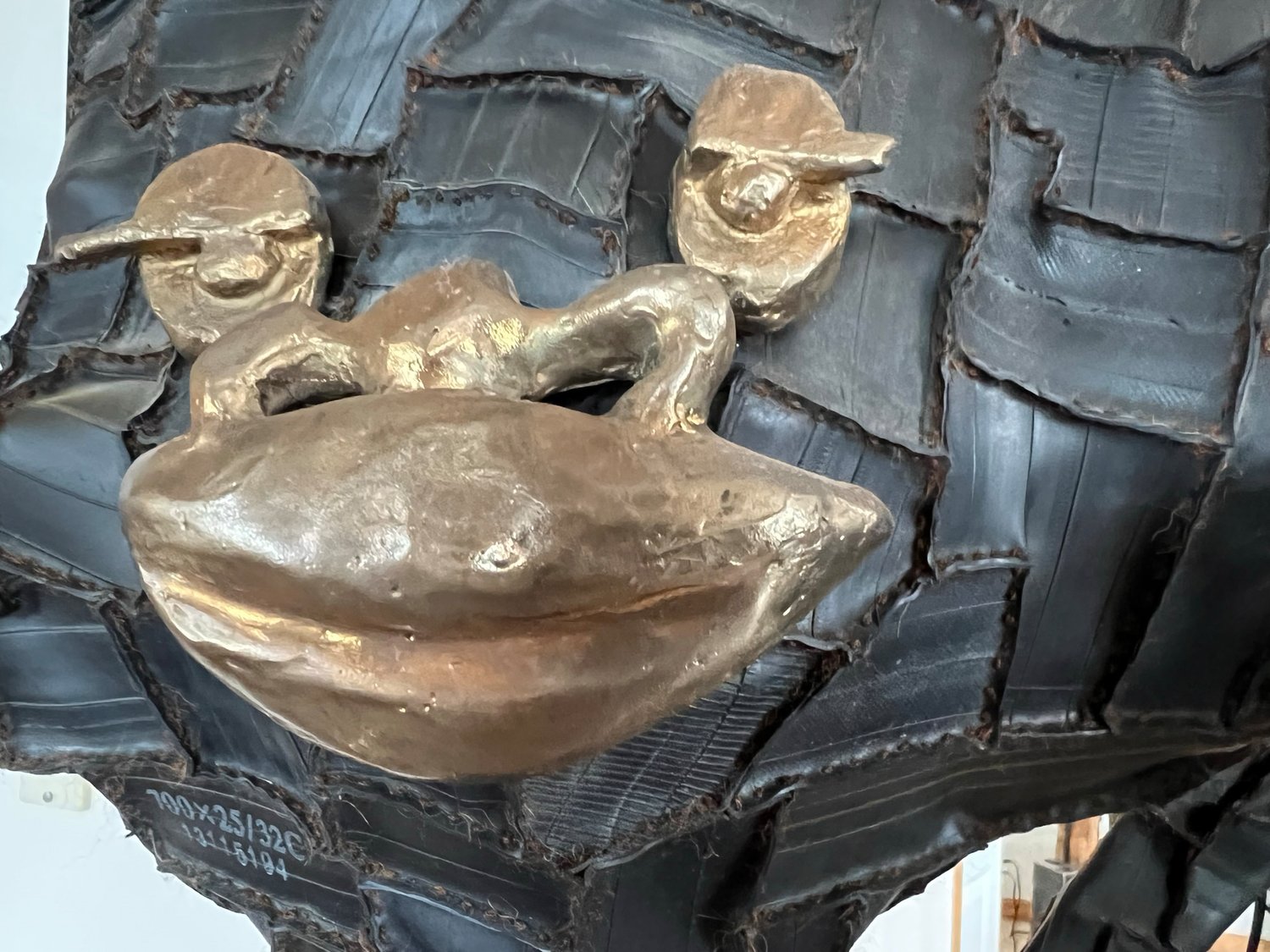 In her studio, metal artist Linda Joanou is both focused and randomly following her muse wherever it might take her.

“I don’t really think about anything else; my motivation is to make something super cool that I have never seen anywhere else,” she said. “I’m laser focused, and I think about five steps ahead, just like one thing after the other, no music, I wear earplugs, I don’t like anybody bugging me.”

The San Diego transplant is this month’s featured artist at Western New Mexico University’s McCray Gallery and will be speaking Sept. 8 as part of the Edwina and Charles Milner Women in the Arts Lecture Series. The exhibition is called “Beyond Metal,” as Joanou has been using golf balls, rubber tubes, stitching and other materials to make some of her most recent creations.

“I feel like I have something to offer,” she said. “Especially for someone who is just starting out and who is a woman and who wants to get into metal. There are huge benefits to being a woman and getting into metal.”

In San Diego, Joanou was creating displays for Nordstrom, went to a fashion show at a gallery and saw a metal screen that made her think.

“This little light bulb goes on (like in a cartoon bubble),” she said. “So, I started taking some classes and got into it and I love it. And that was like 30-plus years ago.”

You have to love it to do it though, she said, because it’s loud and it’s messy to work with metal.

“It’s fun; I love it,” Joanou said. “I love brainstorming new projects. I don’t see the whole thing – I have a vague idea and I let it go and maybe it works out and maybe it doesn’t.”

In San Diego, Joanou did a lot of commission work, completing one project after the next. She said she enjoyed working with the clients, meeting with them and finding something that is “super cool and fits them.”

It’s been a good career, she said, but now it’s good to be in Grant County in her studio, and do more of what pops into her head.

“It’s nice to come here and find my own voice and make my own stuff,” she said. “I still do stuff for clients, but not as much.”

“I started the rubber stuff because I like stitching and I like rubber,” she said. “It’s all recycled and nice material that I like to touch and work with and its flexible.”

Not knowing exactly what she will end up with when she starts keeps life interesting for Joanou. She works one, or five, steps at a time. For example, on the outside of her studio is a large metal lizard she made out of metal ribbons. She created it from memory, just working with it until it felt right, with no specific plan.

“You have a general sense, but you never really know what’s going to come out,” she said. “If you need to know all the answers up front you are never going to start and – just start. For me it’s just head in that direction and if you end up there and you like it, great.”

She feels if you have everything planned out ahead of time you might have crushing disappointment, or be mad at yourself when it is not exactly what it is supposed to be.

“It’s not like I’m trying to save the world, or cure cancer or make some women’s lib statement or political statement,” Joanou said. “I just want to make something from the heart that I think is really cool. And if it never sells, that’s fine because I still really like it. Just so it makes me smile.”