World of Outlaws race at Vado

Sprint cars on the move 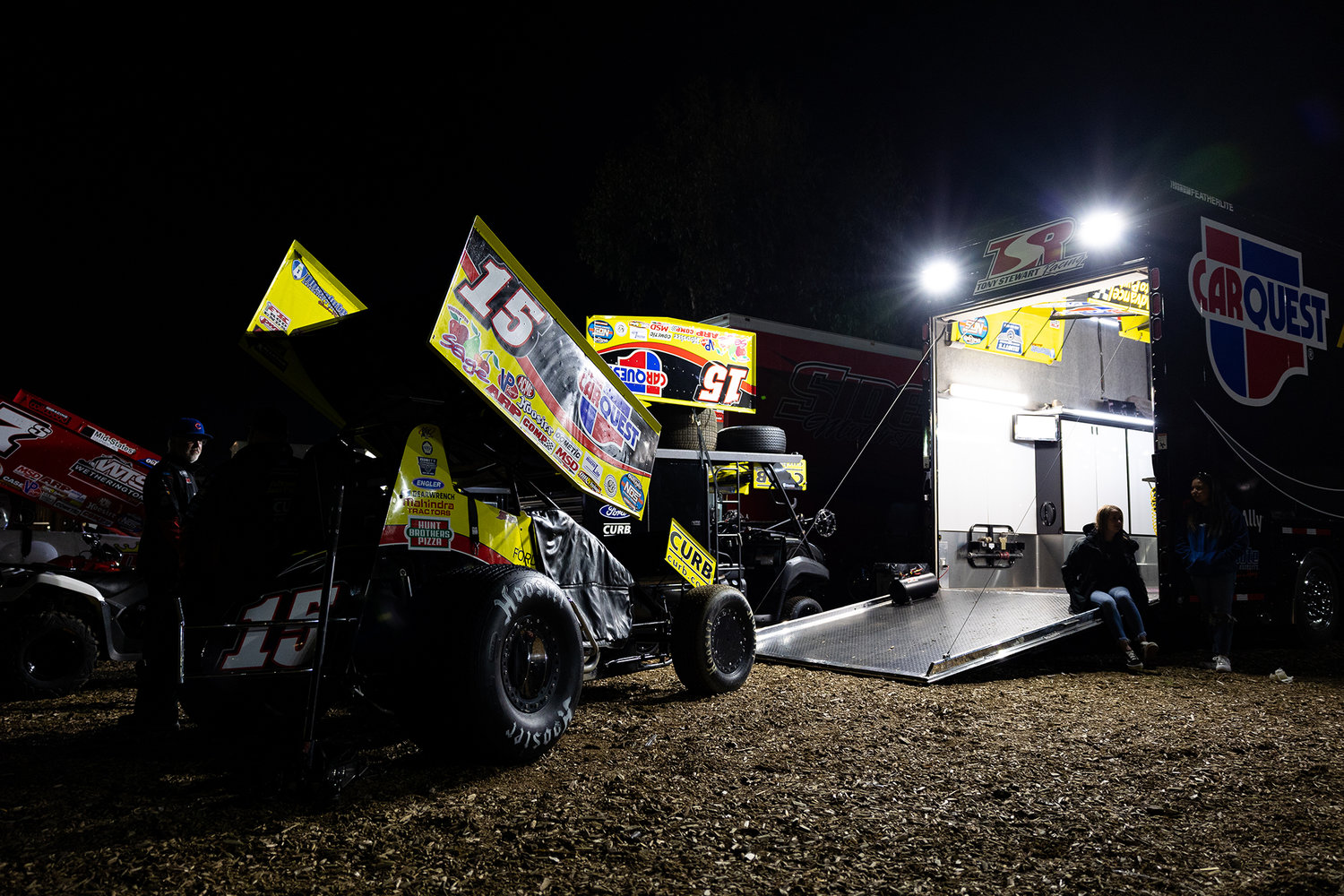 The World of Outlaws NOS Energy Drink Sprint Cars have a long way to go, and a short time to get there.

Following the conclusion of the California swing this weekend, The Greatest Show on Dirt has a 10-hour haul to find the first-midweek show of the year, and then another 10-hour drive from there to hit the weekend destination as April begins.

It's a three-race trip through three states over five days with some historical significance along the way.

Included in next week's schedule is the debut of New Mexico's Vado Speedway Park on Tuesday, March 29, the Series' only visit to Oklahoma at Lawton Speedway on Friday, April 1, and a $20,000 payday in the DuraMAX/Drydene Texas Outlaw Nationals at Devil's Bowl Speedway on Saturday, April 2.

Leading the charge into the week is current championship leader David Gravel aboard the Big Game Motorsports #2. The Watertown, CT native is enjoying the spoils of controlling the points for the first time in his career thanks to a stellar start to 2022 with one win and six top-fives through the opening eight races. The 29-year-old star will be going for his first win at both Lawton and Devil's Bowl, and particularly loves visiting new venues like Vado.

"I think it's great for our Series and our sport to venture out and give these new places a chance," Gravel said. "Especially when it comes to a place like Vado, I think everything we've seen has shown this is a state-of-the-art facility we're heading into. I'm excited to meet a bunch of new fans and keep the momentum rolling with our team."

The beauty of a brand new track means the best Sprint Car drivers and teams in the world will be unloading at Vado with a clean sheet and no notes to reference. However, it's not entirely new to 10-time Series champion Donny Schatz. The Tony Stewart/Curb-Agajanian Racing driver has competed at the Vado 3/8-mile in his dirt late model but has yet to rip around the joint in his Ford Performance, Carquest #15.

Fans unable to attend can watch every lap LIVE on DIRTVision.