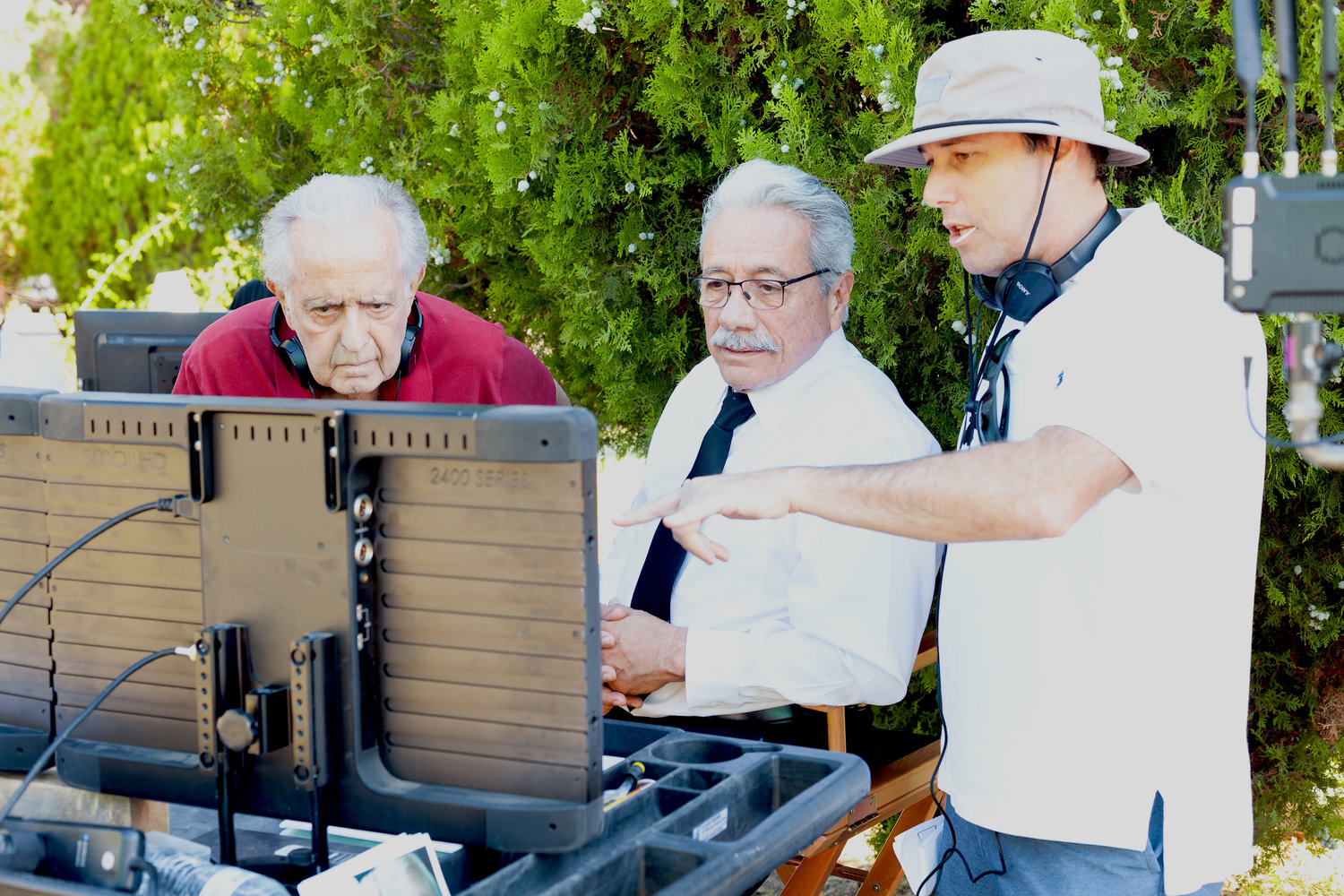 Mark Medoff, Ross Marks and Edward James Olmos discuss a scene during filming of “Walking with Herb,” which was shot in Las Cruces. The film will debut Sept. 15 in Silver City as part of the Southwest Word Fiesta. 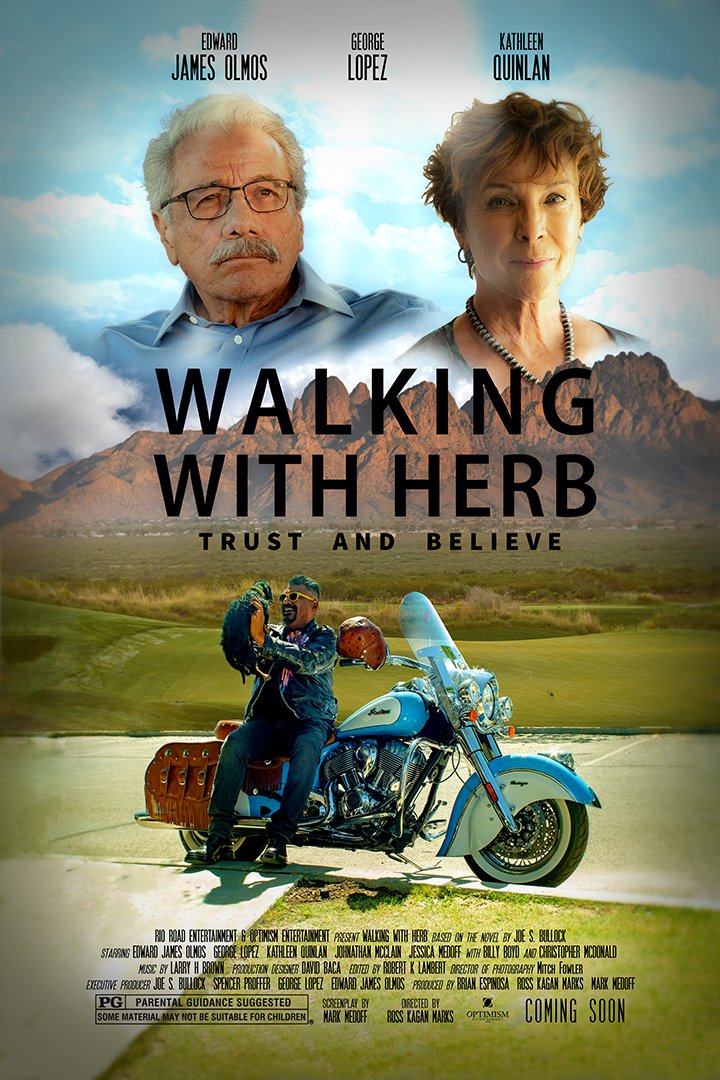 The poster for the movie “Walking with Herb” is seen in this courtesy image.
Previous Next
Posted Thursday, August 25, 2022 2:47 pm
By Ted Presler and Scott Zager

A locally produced film, “Walking With Herb,” may be the tip of the iceberg in creating a booming movie industry in southwestern New Mexico.

The announcement came July 26 when Gov. Michelle Lujan Grisham talked about the state’s funding of a film school at Doña Ana Community College. The governor said she hopes this investment will help prepare students for potential careers in film and production, she said. In turn, this would enhance the appeal for movie producers to make films in our area and hire our workers, Lujan Grisham said. Plans also may include the construction of a movie sound stage in Las Cruces, the governor said.

“Walking With Herb,” stars George Lopez, Edward James Olmos and Kathleen Quinlan and will be presented in Silver City in a special showing Sept. 15 by the Southwest Word Fiesta. Filmed in Las Cruces and Artesia, “Walking with Herb” features 40 local actors and employed nearly 300 New Mexicans in backstage/background support crew. Southwest Word Fiesta’s exclusive showing will feature commentaries by the film’s author and producer/director. The showing is free to the public.

There will be a catered ticketed dinner before the show at the Scott Park Clubhouse. Dinner tickets will need to be purchased in advance at www. Eventbrite.com. This event is part of Southwest Word Festa’s Fall opening series of events for 2022/2023.

The film will be at Western New Mexico University’s Light Hall Theater from 6:30 to 9 p.m. Sept. 15. Before the show, attendees can buy tickets to a full course, catered ticketed dinner at the Scott Park Golf Course south of Silver City off Ridge Road. The dinner starts at 4:30 p.m., Sept. 15 with the film’s producer/director, Professor Ross Marks; and the book’s author, Joe Bullock, as special guests. Dinner ticket holders will have reserved seats at Light Hall Theater and be able to participate in the silent auction in advance.

A special silent auction will feature a signed framed movie poster with a wide selection of other items from another unsigned Walking poster and other golf memorabilia and various prizes of local activities and book related items.

"Walking With Herb" is a comedic story about a golfer who experiences a miracle on the course. The story portrays a messenger named, Herb, sent by the Almighty. Herb delivers guidance for Joe — the main character of the film — who wants to win The World Champion Golf Tournament. This transcendental experience changes his life and maximizes his success in golf, and more importantly … in life.

The film is based upon a book authored by retired-banker Joe S. Bullock who describes the message of the film as “Everybody’s more capable of doing things than they think they are, with enough faith and trust you can do about anything.”

Director Marks said his aim is to promote movie production in New Mexico, but added there is a severe shortage of trained, backstage workers knowledgeable in movie production. One of Marks' principal goals is to increase the cadre of trained movie crews. He said this human resource would dramatically increase southwestern New Mexico’s attractiveness to Hollywood film producers and directors.