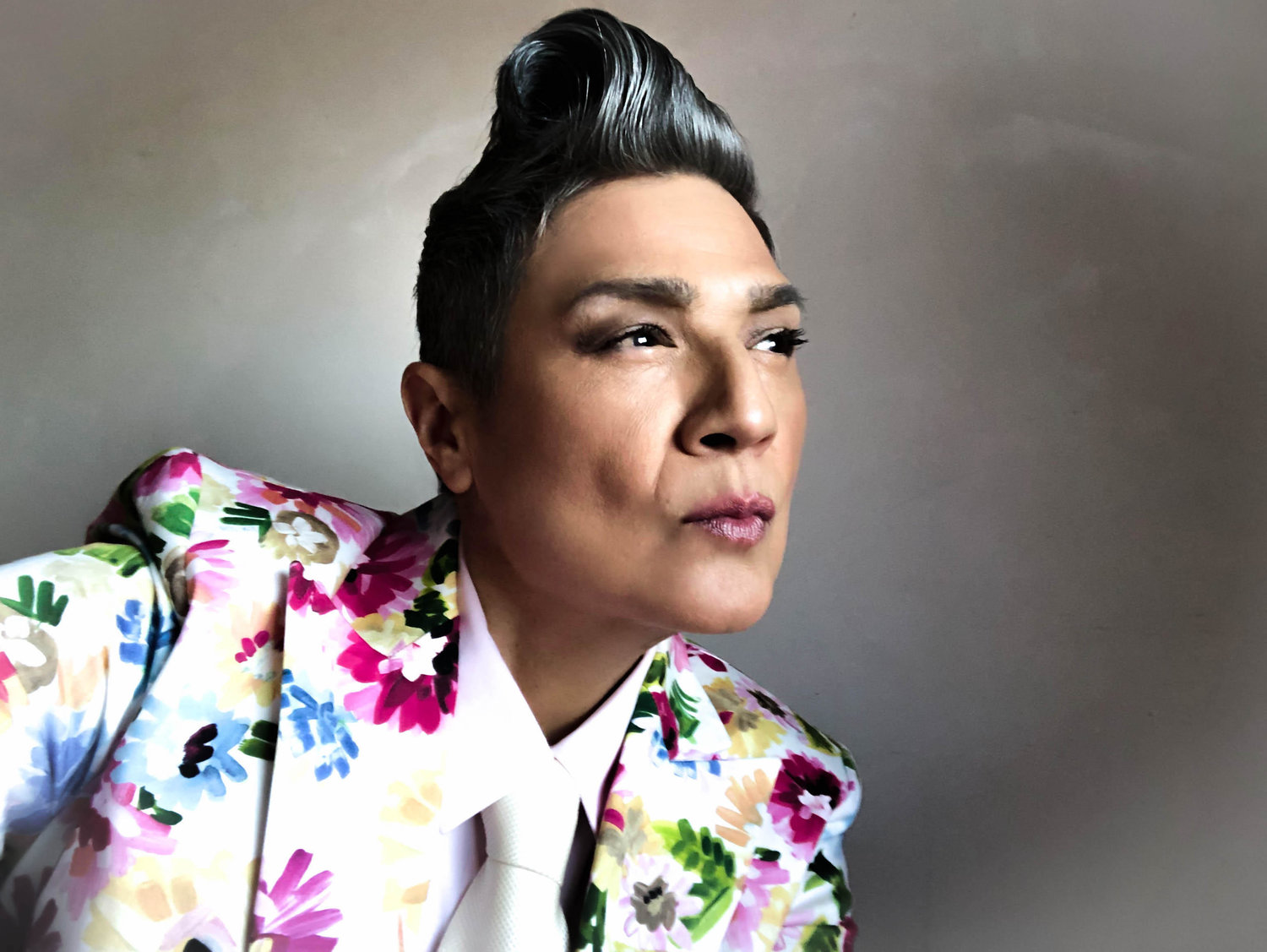 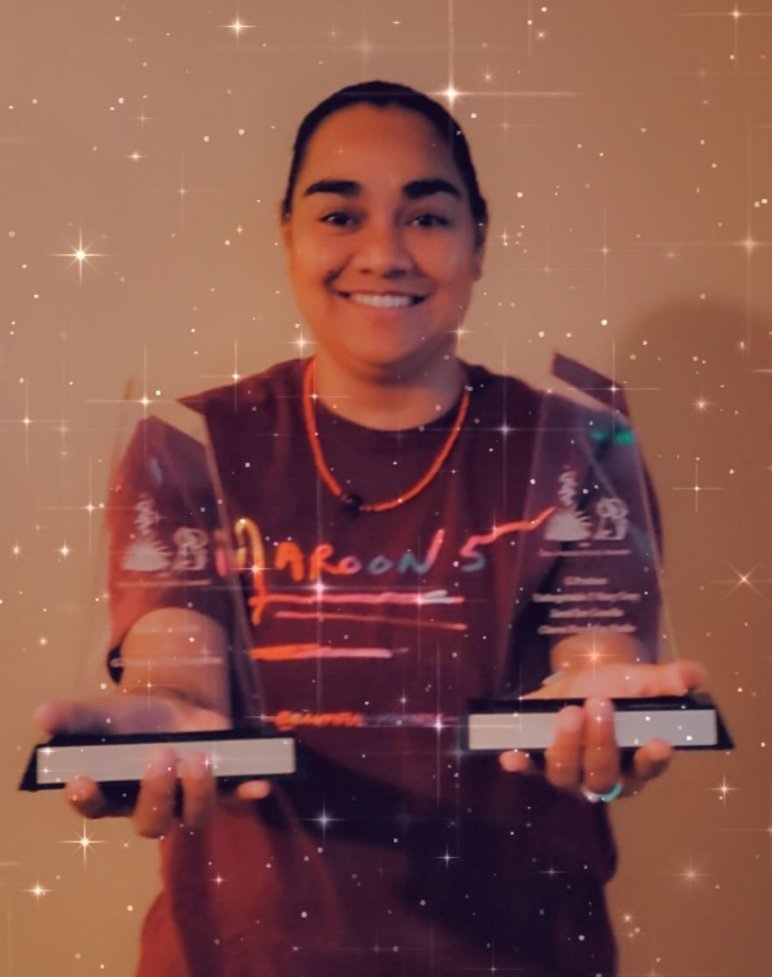 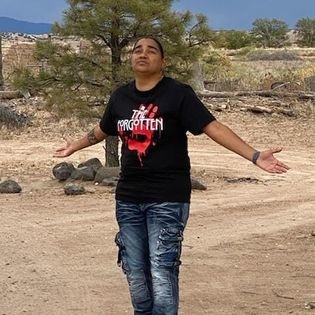 Two native New Mexican women will share the stage for the Performing Arts Series (PAS) concert during the 2022 WomenFest at New Mexico Tech on Friday, March 25.

G Precious and Nacha Mendez Trio fit the double bill seamlessly, tying in with the International Women’s Day theme of Breaking Bias. Both are recipients of music awards, one in hip-hop and another in what she calls pan-Latin music. And both exemplify the courage to break down the barriers.

The concert at Macey Center begins at 7:30 pm after a 6:00pm artist reception for the non-juried Socorro County WomenFest art exhibit now hanging, with refreshments and cash bar. The PAS-WomenFest concert is part of a wider tribute to women of Socorro County and their contributions to society.  WomenFest kicks off on the same day at 1:00pm at Macey Center, with a free panel discussion by NM Women scientists discussing “Our Climate • Our Community,” organized by the Association of University Women Socorro Chapters.

The next day, on March 26, WomenFest continues on the North side of Macey Center, 1-7pm, with free music and dance performances, talks, inspiration stations, exhibitors, demonstrations, workshops and vendors by Socorro County organizations, businesses and individuals in STEM, Health and Well Being, Arts and more.  Also on both days, is Women at Work Open House where you can visit and learn about Socorro County women’s professional lives.  Email pas@nmt.edu for a map and Open House schedule.

Back to the concert! G Precious was born Brenda M. Atencio in Ohkay Owingeh, near Española and raised by her grandmother in the Tewa village whose name is Village of the Strong. The second of eight children, G Precious began writing creatively at the young age of 6. Using her birth name initials, she played as BMA Chill, part of a group known as Chill, Funky, Ice which included her cousin Jay Funky and her little brother GMT Ice.

Just six years later, four close family members died including her grandmother, two aunts, and an older brother. That proved difficult for G Precious to deal with as these were people who all had an influence on her life and were a part of her main support system growing up.

But instead of falling apart, she worked to finish her debut album “On My Shoulders.” Her music reflects her life, her heart, her family, and her struggles, as well as courageous hope and the healing process.

She has released additional albums since: “Hip Hop & Hotdogs Vol. 1,” “Abomination,” “Walk On Water – Evolution,” "ECLECTIC,” and her Traditional CD "Bow & Arrow Songs of Ohkay Owingeh." She is currently working on another: "The Forgotten" featuring Grammy Award Winner Macy Gray.

G Precious won the New Mexico Music Award for Hip Hop & Native categories in 2017 and 2018 and has been nominated for an Indian Summer Music Award and Native American Music Award. Her music is played on Singing Wire, Moccasin Wire and KUYI Hopi Radio.

“If you set your heart and your mind to it anything is possible!,” she says. “No matter the life you’ve lived. the struggles you've faced, with determination and positive thoughts nothing can stop you.”

Nacha Mendez grew up in the tiny border town of La Union, in southern New Mexico, where she began singing and playing the guitar at an early age. She learned traditional Ranchera canción from her grandmother and performed in border towns near El Paso with her cousins, the Black Brothers, sons of ex-Mothers of Invention drummer Jimmy Carl Black.

She went on to study classical voice and electronic music at New Mexico State University before moving to New York City, where she studied flamenco guitar with Manuel Granados of the Music Conservatory of Barcelona, Spain. In the early ’90s, she was a principal singer in Robert Ashley’s opera company, touring Europe and Japan; she translated the libretto for Ashley's opera Now Eleanor’s Idea. She performed trouser roles in three of his operas throughout Japan, at the Avignon Music Festival, Brooklyn.

In 2018, she received a New Mexico Platinum Music Lifetime Achievement Award and has been honored numerous times being named Best Female Vocalist, 2009 and ’10; Best Latin Production at the New Mexico Music Awards, 2013.

She performs under her grandmother’s name, Nacha Mendez, touring regionally with her band, playing her original, eclectic pan-Latin-style songs. She also paints and sculpts and exhibits her work in Santa Fe, New Mexico.

In 2018, shortly after she received her Platinum award, she began a scholarship fund called “The Nacha Mendez Music Scholarship for New Mexican Girls of Color.” In her mission statement, she shares her personal story and gives tribute to her parents’ dedication and sacrifice for her and her talents. She also shares her own personal challenges and courage to persist. (You can read it at nachamendez.com)

The Nacha Mendez Trio includes Melanie Monsour on piano and Polly Tapia Ferber on percussion.  Melanie Monsour is a composer and Adjunct Professor at Santa Fe University of Art and Design, Contemporary Music Program.  She is a pianist for the National Dance Institute of New Mexico, where PAS Director Ronna Kalish first met her as pianist for the Alamo-Navajo School’s summer NDI program, “which happened many years ago,” says Ronna.  Melanie has performed in Europe, Australia, Chile and Greece.  She has recorded five CDs of original solo piano music and one of the music of Gurdjieff/deHartmann.

Percussionist Polly Tapia Ferber is a music educator, performer, and recording artist who specializes in hand percussion from the Balkans, the Middle East, Turkey, North Africa, and Spanish Andalucia. She is noted for her melodic style of playing on several percussion instruments including the doumbek, frame drums, the Middle Eastern tambourine, and Spanish wooden box-drum (cajon). She is a member of several bands from New York to New Mexico, playing various musical styles.

The double bill with G Precious and Nacha Mendez Trio was booked after many of the other events during WomenFest had already been set and was only just announced. “Nacha Mendez has been on my radar for many years,” said Ronna Kalish, PAS director. “And I was reminded of her again when AMP concerts featured her in one of their "Postcard" performances.

“For G Precious, I was trying to track down Shelly Morningside, a NM Native American singer who I really like,” Ronna continued. “Shelly will be out of town and when I asked her for a recommendation she raved about G Precious. G Precious is such a strong and passionate soul... her genre of music may not be for everyone but she is involved in many women's issues, Native, a woman of color, and a passionate artist who is on the rise, all things PAS wants to support. This year's International Women's Day theme is Break the Bias, so these two artists seemed fitting for the concert.”

“PAS rarely features the hip hop and spoken word genres,” Ronna said. “We have had a few that had rap/hip-hop as part of a bigger event, one which had a DJ with break dancing and other things, kind of a hip hop variety show, but never a solo artist like G Precious, and Native American, and writing her own material.”