The Thirst to Learn

What those coming to the US need to know 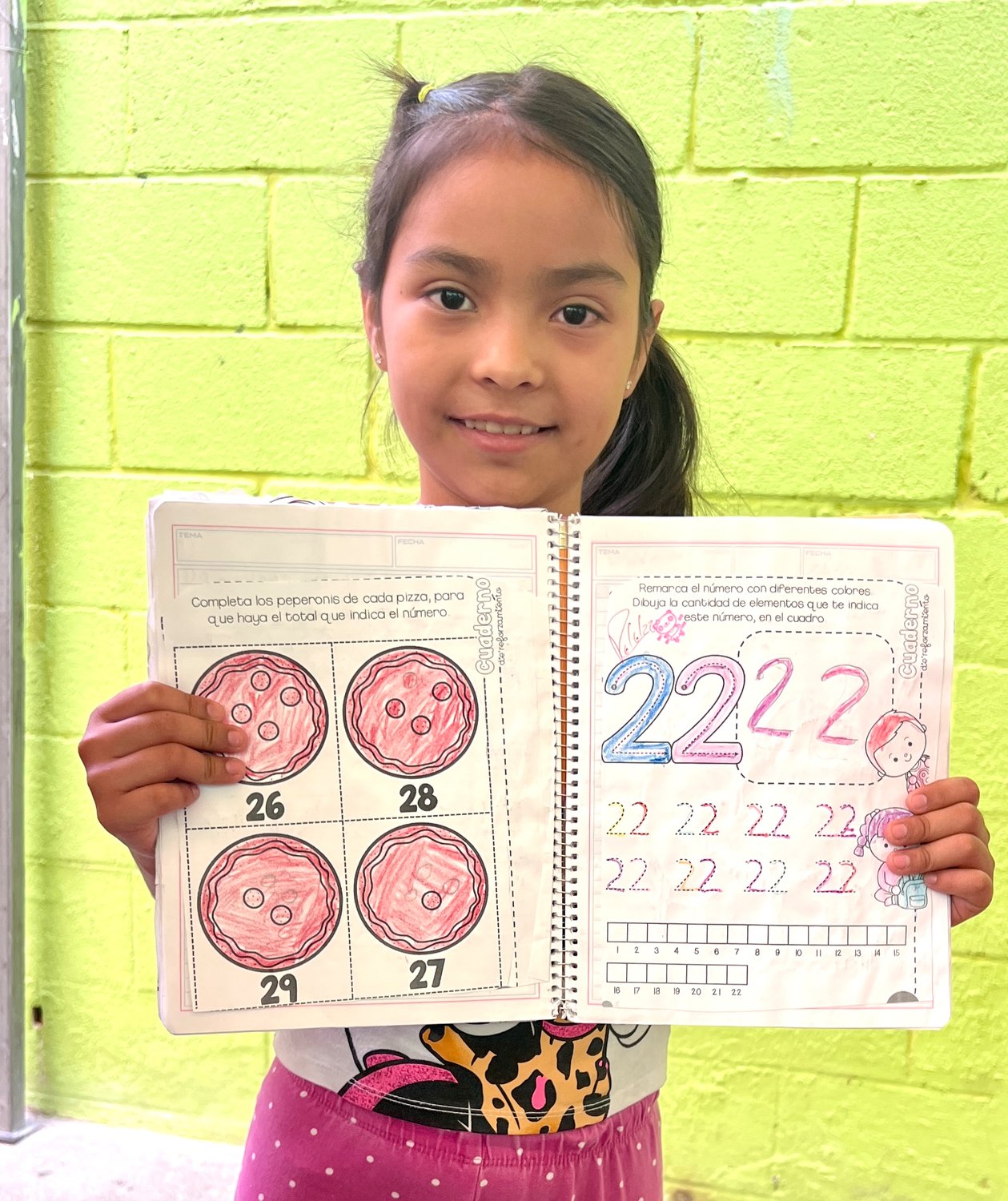 Fernanda with her notebook
Photo by Morgan Smith 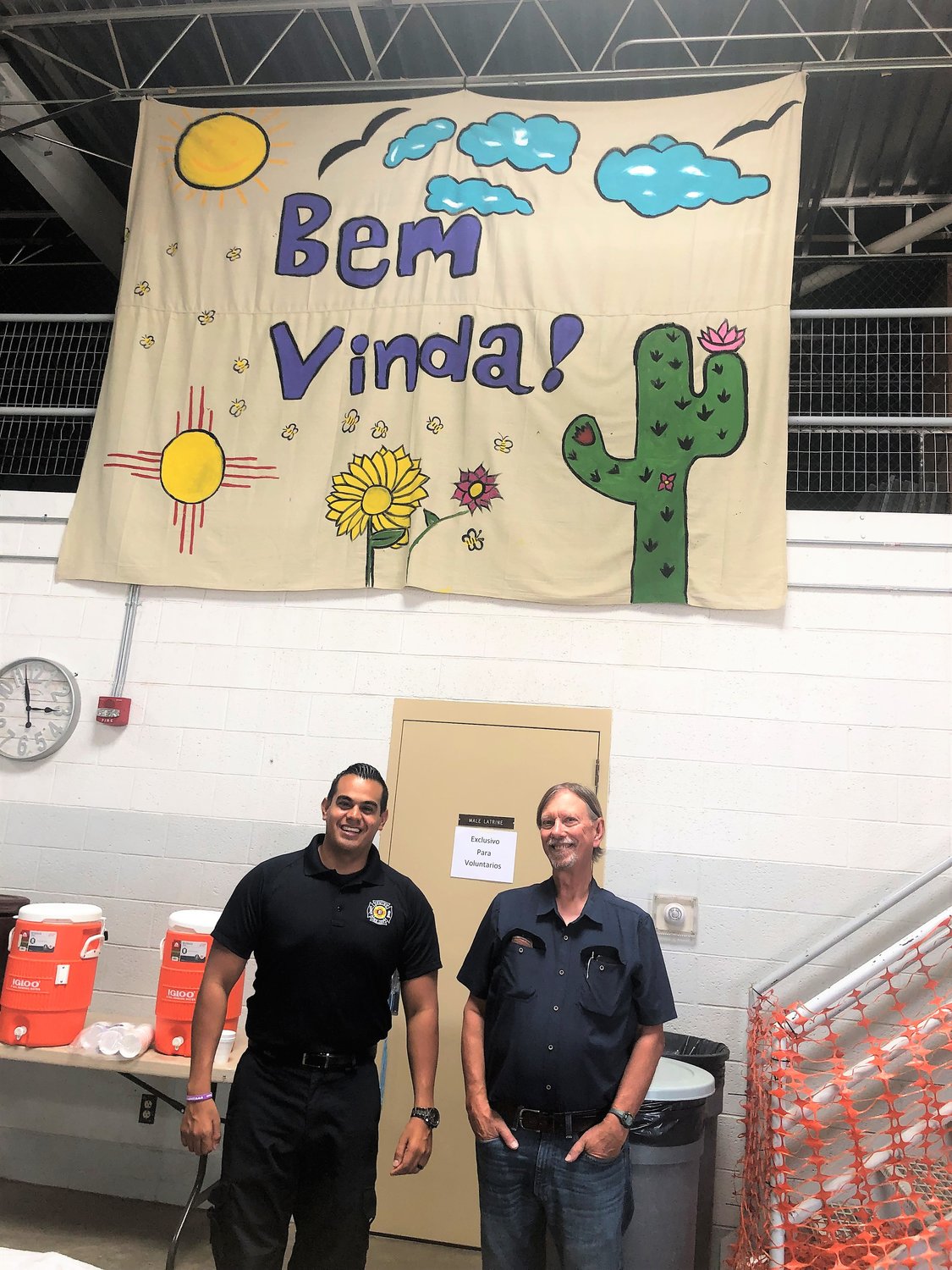 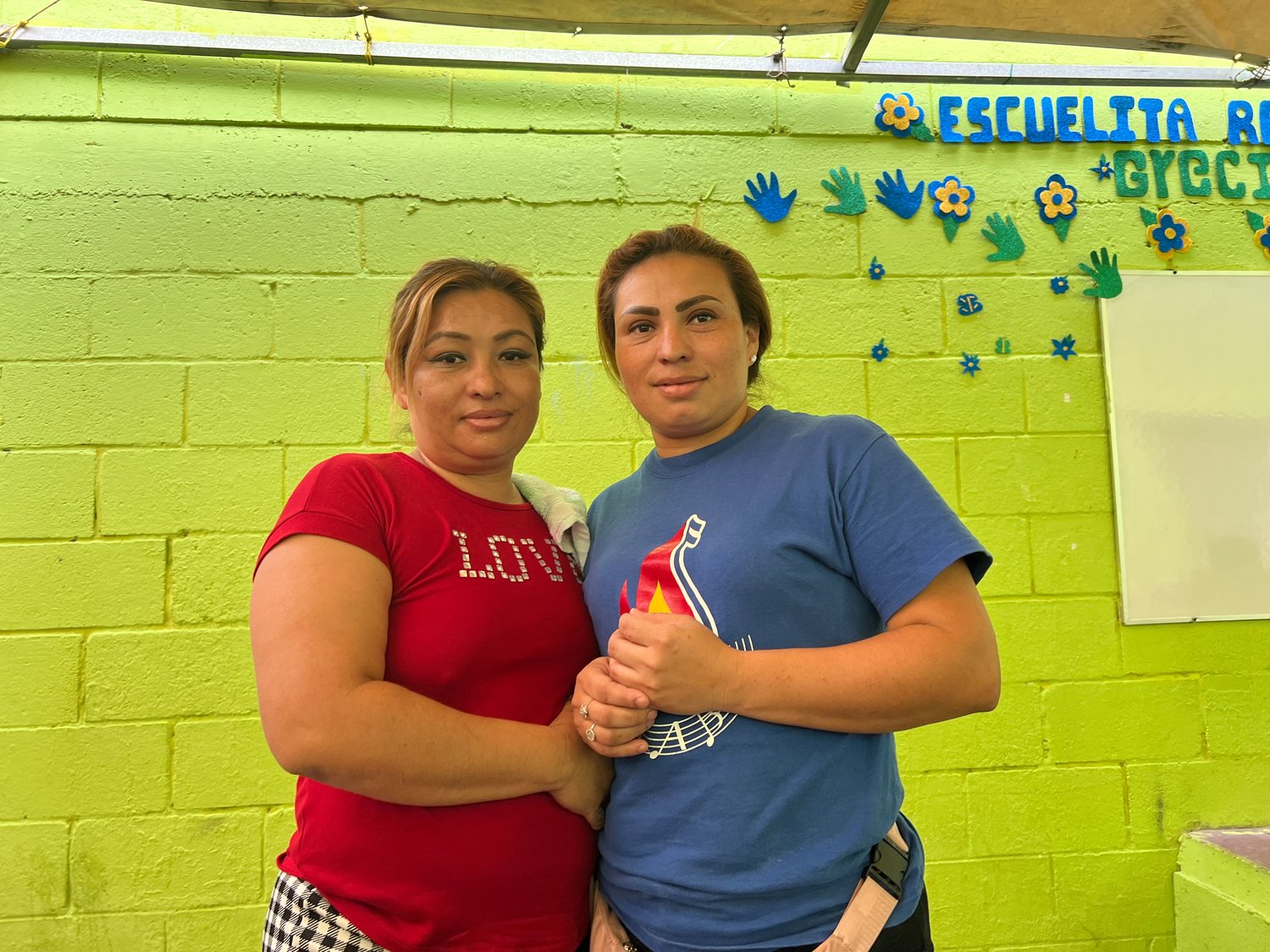 The two sisters from Honduras who run the English school, Respettrans, Juárez
Photo by Morgan Smith 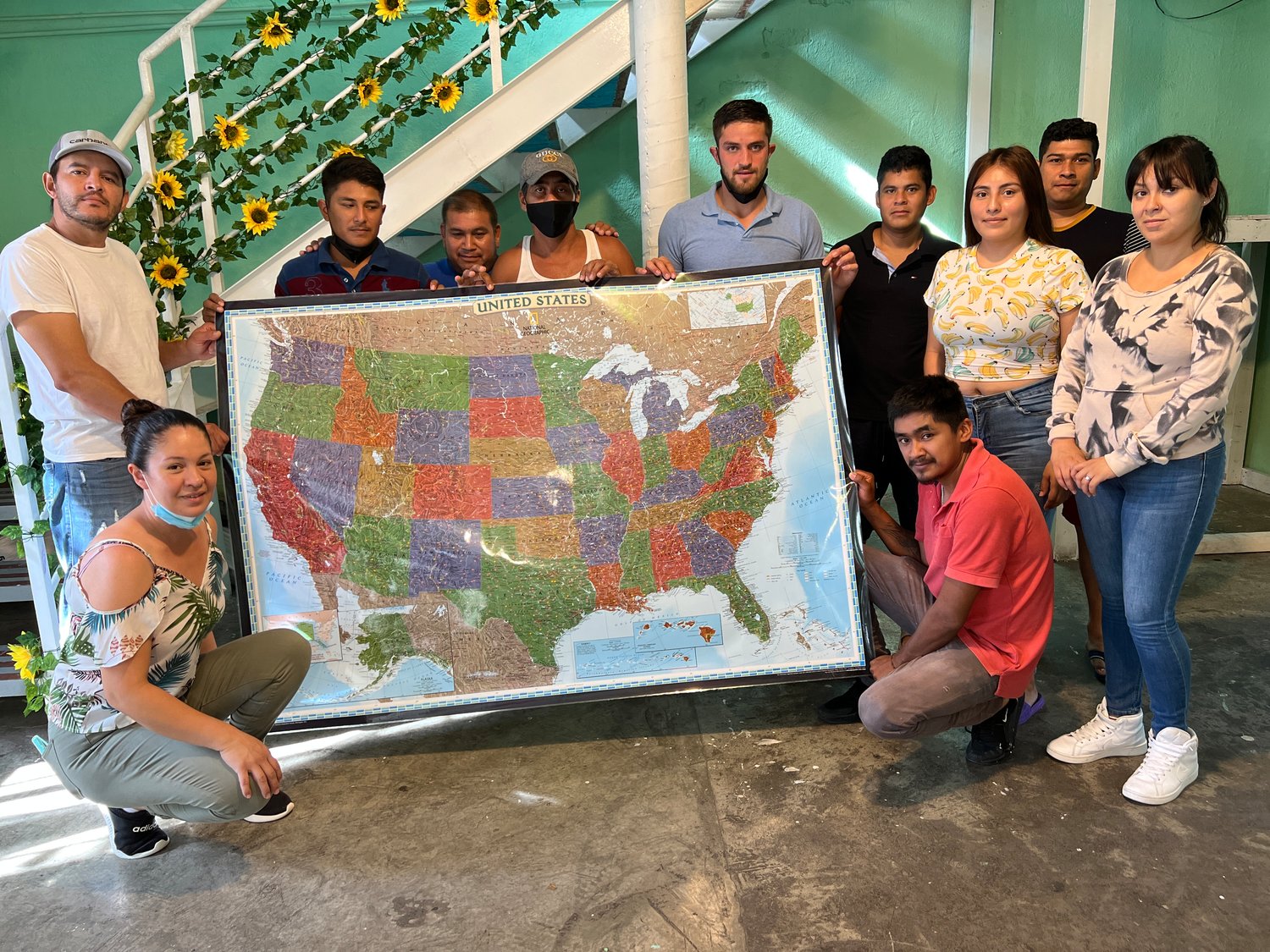 Respettrans - migrants with US map.
Photo by Morgan Smith
Previous Next
Posted Thursday, September 1, 2022 9:37 am
By Morgan Smith

First there was Johanna Melendez from Honduras, then the two sisters, Delmys Supaya Molina and her sister, Dulce, also from Honduras, and then in July three Mexican women, Lidiana from the state of Jalisco, Diana Fernanda from Michoacán and Janet from Guerrero.

As each of them passes their credible fear tests and heads north into the United States to stay with family members or sponsors while awaiting their final judicial hearings, they are replaced by someone else who shares their deep commitment to preparing young children for new lives in America, most important, to teach them some English.

The Respettrans shelter, near the international bridge in Juárez, is a tall, battered-looking building that usually houses 180 to 240 migrants. It’s a shelter that largely governs itself. The director, Grecia Herrera is a nurse and has a day job in a hospital, so the migrants select their own leadership and manage everything – cooking, cleaning as well as these intense and enthusiastic educational programs.

Preparing for new lives in America is key, and that means learning English. Even though several of these women have only had a smattering of English studies in their home countries, they are committed to providing the basics.

During a recent visit, a girl named Fernanda proudly showed me her workbook. There were some 40 pages of lessons and homework she had been completed – clearly a serious effort.

Homework and English studies aren’t everything. On my last visit I took a large map of the United States so these families could get a sense of where they were headed be it Chicago, Boston or San Francisco. Keep in mind that a country like Honduras has 47,278 square miles. Compare this to the United States with 3,797,000 square miles – about 90 times larger.

At Colores United in Deming, the challenge is different because these families are only there for up to 48 hours before they have transportation to their sponsors or family members in other parts of the country. Thus, a major goal is to make them feel welcome. Colores is opening a new facility which will have welcoming banners in English, Spanish and Portuguese on the walls.

This is not just a migrant issue. Jane Fuller, the Director of the El Paso-based non-profit, Siguiendo los Pasos de Jesús (SPJ)  (Following the Footsteps of Jesus) is an advocate for hundreds of families on the west edge of Juárez. Although SPJ is best known for the 500-plus homes it has built over the last 20 years, she is also focused on the children there and has just sent out an appeal for back-to-school materials as well as for funds for student fees.

Education is purportedly free in Mexico but students have to pay $25 for kindergarten per year and up to $88 per semester for high school, a lot of money in that impoverished colonia.

In Palomas, La Casa de Amor para Niños has historically focused on residential care for young women who have been abandoned but the leaders, Jim and Pat Noble and Eunice and Berenice Herrera have gathered scholarship funds for over 100 students in the local schools for books, fees and uniforms.

As they began supporting older kids several years ago, they realized Palomas did not have a public high school so, with the help of the local mayor, they put together funding to build a school. Then they realized that a high school degree wasn’t enough and began sponsoring young people for college. I sponsor a young man named Diego Balderas.

Before I leave Repetttrans, these three women volunteers pull out a sheet of paper and begin writing intensively. They then hand me the paper. I think I speak Spanish but there are words I’ve never seen before – pizarra, abaco. Then I read “English Class – 34 students.” What they are giving me is a list of the school supplies they need.

Although materially and financially they have so little compared to our schools, what they do have is something we may be missing. A thirst to learn.

Morgan Smith travels to the border monthly to document conditions there and assist various humanitarian groups. He can be reached at Morgan-smith@comcast.net.