A DAY AT THE MUSEUM 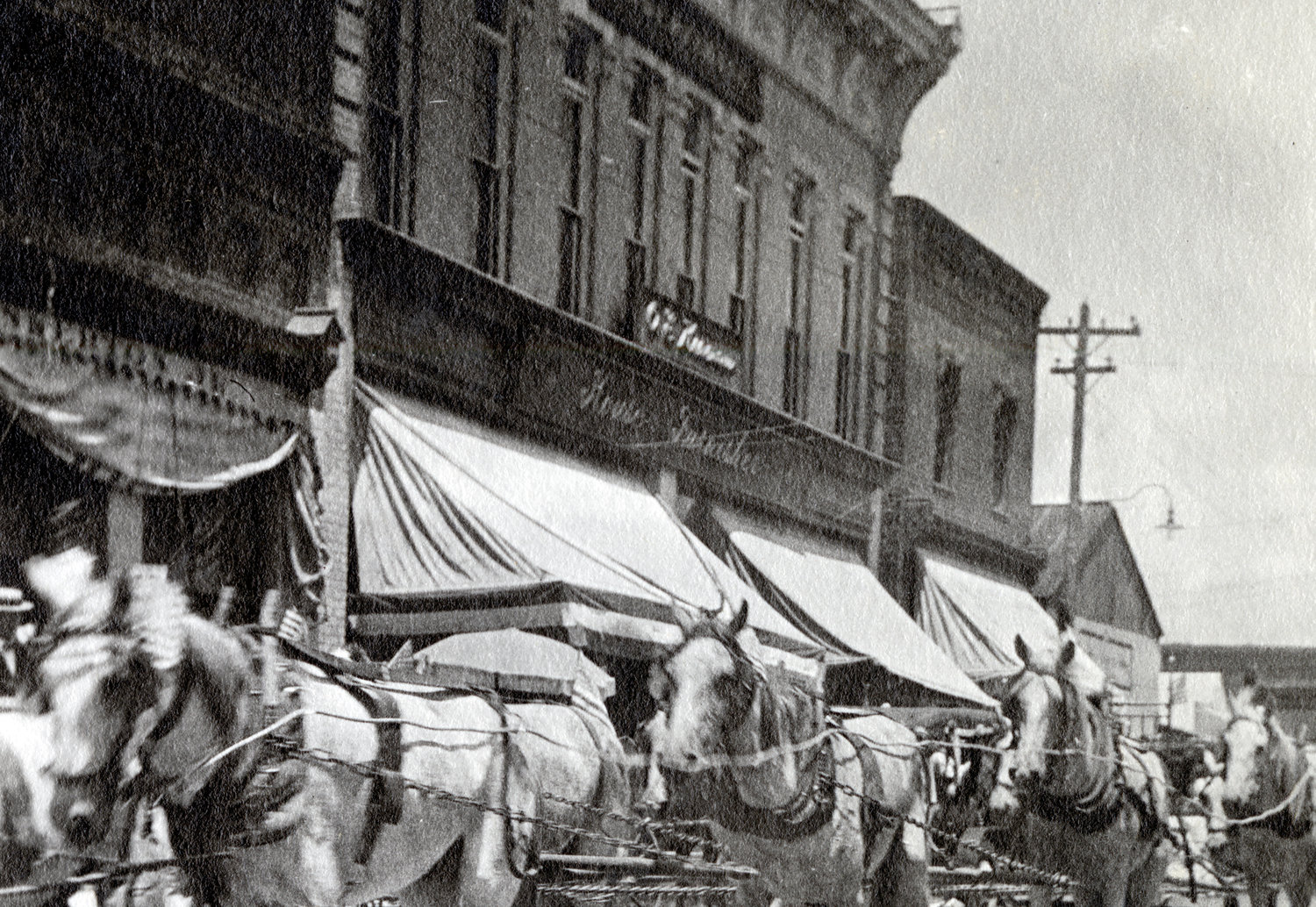 This view of W. A. Tenny's freight team headed south on Bullard Street during the Fourth of July Parade, 1911, is just one of many historic photos included in the new exhibit, "Booms and Busts: Small Business in Grant County, 1880 - 1950," opening March 26 at the Silver City Museum. Visible in the background are O.C. Hinman's Furniture Store, the Corbin Building, and the Airdome Theater, now known as the Silco.
Posted Friday, April 1, 2022 11:14 am

A new exhibit, "Booms and Busts: Small Business in Grant County, 1880 - 1950," opened March 26 in the Museum's Dodge Gallery, and is the first of seven exhibits which take a deeper dive into each of themes that were highlighted in the popular educational series, "Unpacking Silver City."

These themes -  Community Building, Cultural Identities, The Economy, The Environment, Health and Medicine, The Role of Government, and The Wild West in Pop Culture - provide a focal point for understanding the region's culturally rich and diverse history.

"Booms and Busts" focuses on the theme of the economy and will be on display through May. The exhibit features several historic, large-format photographs which depict the economic development of Silver City, from rough-and-tumble mining outpost to a more organized and "civilized" town life. Highlights include the facade of the Silco Theater in different eras, including when it was known as the Airdome Theater. Visitors will be taken on a visual tour back in time to Silver City's early days, and delight in numerous, four-foot, black and white images of merchants past.

Traditionally the local economy of Silver City and Grant County was driven by mining and ranching, both noted for their boom and bust cycles. In Silver City's early days, silver prices were propped up by the federal government, which recognized the importance of mining to the development of the Western territories, and so guaranteed the purchase of silver ore for producing coins. The cattle industry, too, has known its share of highs and lows.  A combination of drought, overstocking and overgrazing, for instance, contributed to the collapse of the Ailman and Meredith Bank in 1887.

Organized by types of businesses, the exhibit features grocers and butchers, pharmacies and general mercantile, clothing stores, furniture and home goods, eating and drinking establishments, entertainment, transportation and banking, and hotels, including The Palace as it was in its original construction.

Early on, general store merchants primarily existed to supply miners, who often were extended credit to stimulate mining claims, which contributed heavily to Silver City's boom of the early 1880s. By 1883 the arrival of the railroad put Silver City on the map as a center of transportation and distribution, which further spurred the development of the town as well as the entire region, leading to the diversification of goods and services.

An interactive family activity is also part of the exhibit, which allows children to explore and learn about the concept of a boom and bust economy as it was experienced by early settlers to the region, who purchased goods on credit and later paid with silver ore or, more rarely, perhaps even gold.

Source material is drawn largely from the work of local scholars, including Western New Mexico University Professor Scott Fritz, PhD, and augmented by the research of Javier Marrufo, museum curator.

The exhibit is further illustrated by monthly "Community Conversations." On Saturday, April 23 Fritz will lead a Community Conversation on "The Power of the Legislature: Lawmakers’ Impact on the Economy," and on May 21 Marrufo presents  "A Thin Red Line: How Economic Segregation Influenced Silver City and the Surrounding Area."

Each of these community conversations is held from 11 a.m. to 1 p.m. at the Silco Theater, 311 N. Bullard Street, in downtown Silver City. The events are also offered by Zoom. Register for Zoom online by selecting programs and events on the museum's webpage at silvercitymuseum.org.