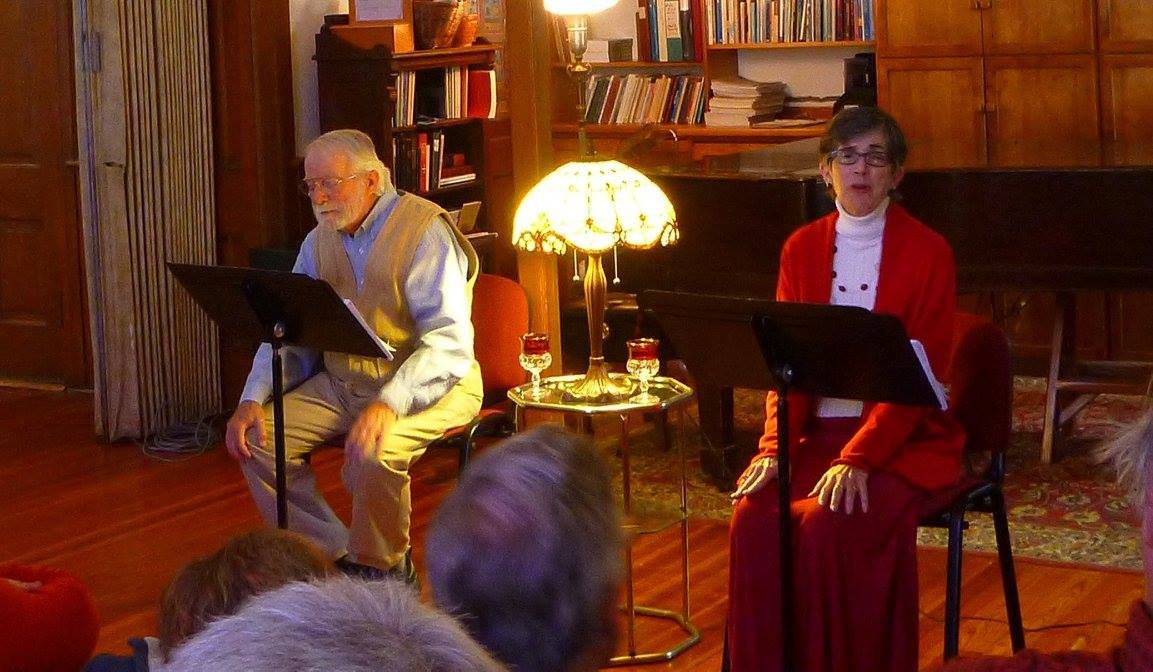 Phyllis and Jim McQuaide, well known Silver City actors, will celebrate Valentine’s Day with a performance “Love Letters” on Silver City Community Theatre (SCCT) Radio Hour, 5 p.m., Sunday, Feb. 13 and 20, on Gila Mimbres Community Radio KURU 89.1 FM. The McQuaides are accomplished performers who have appeared in numerous productions in Silver City and in Maine, and they have been mainstays of SCCT Radio Hour on KURU since its inception in 2020.

“‘Love Letters’ is a play by A. R. Gurney that was a finalist for the Pulitzer Prize for Drama,”  McQuaide said. “The play centers on two characters, Melissa Gardner and Andrew Makepeace Ladd III. Using the letter form in which the characters sit side by side and read the notes, letters and cards – in which over nearly 50 years they discuss their hopes and ambitions, dreams and disappointments, victories and defeats – that have passed between them throughout their separated lives. We last performed “Love Letters” in 2019. It is one of our favorites. This time we will present it in two parts on the Sundays before and after Feb. 14.”

“Be the Community in Community Theater—join SCCT! Individual and family memberships receive tickets and admission to opening night parties and workshops.  Family memberships are $35; individual memberships, $20. Additionally, we have great community sponsors and recognize them in programs and other publications,” McQuaide said.

A home-grown theater company, SCCT grew out of a series of acting classes presented by The Western Institute for Lifelong Learning (WILL). Several class members joined forces to create the Silver City Community Theatre. Now after 6 years and many productions, SCCT’s mission continues: to enrich, educate and entertain the Silver City and Grant County communities by providing a broad range of live theater experiences on a recurring, seasonal basis.