Award-winning play still has two more weeks in its run 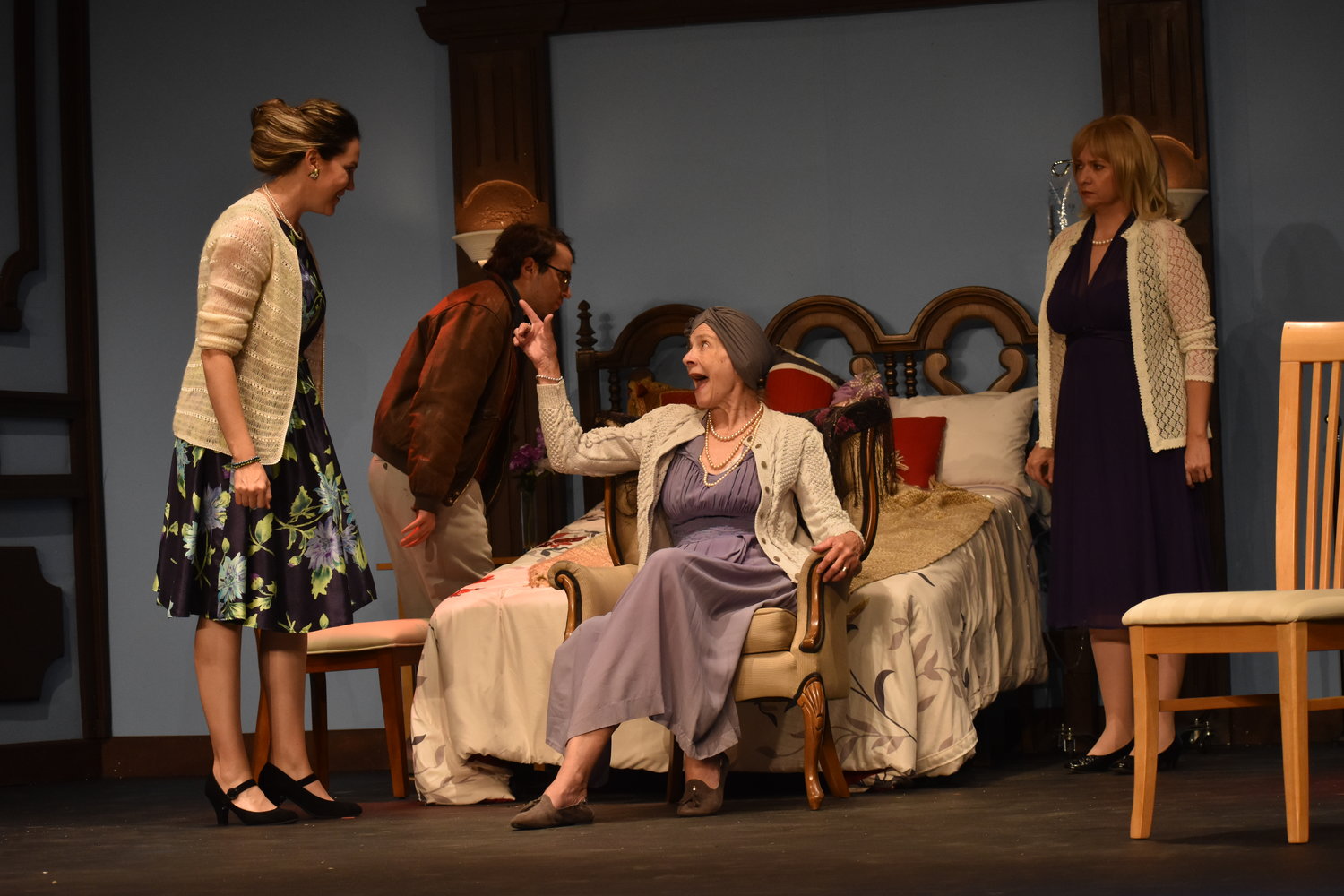 A play and playwright that won a Pulitzer Prize and multiple Tony Awards, an outstanding cast, a stunning set and costumes and one of the finest directors at any theater venue I have ever been to, make for a great evening of entertainment at Las Cruces Community Theatre.

“Three Tall Women” is about three powerful women who morph into a single woman at different stages in her life as only a master of American theater like Edward Albee could accomplish. To explain more would only dilute the experience you will have seeing it for yourself.

For everyone on stage and backstage, the attention to detail in this show is incredible – the set (what Roby can do with flats and Styrofoam is nothing short of alchemy); every piece of furniture and its placement on the stage – pay attention to what moves and what disappears at intermission – the colors and the jewelry the women are wearing, especially in Act 2; the music; the lights.

For everyone involved in this show, I proudly confess the strongest possible bias in their favor. I envy all of them for their participation in a memorable production of a brilliant play and the time, talent, intelligence, wit and grace they are sharing with each other and their audience.

I have acted in plays that Wise directed and others for which he was stage manager. We also acted together – wearing wigs and dresses – in low-fi productions of “The Golden Guys” a decade or so ago. As an actor, a director, a stage manager and a human being, he is the gold standard, as confirmed once again with “Three Tall Women.”

I shared the stage with Pennies in LCCT’s “The Homecoming,” which Wise directed, and with Thomas-Chappell in NMSU’s “Dracula,” for which Wise served as stage manager. I served for many years with Storm on the American Southwest Theatre Company board of directors, and I have for the last several years been in awe of the work Sanchez has done both on stage – I loved him in “Biloxi Blues,” which Wise directed for LCCT – and as the co-founder of Blank Conversations Theatre Company.

Each of these gifted artists has honed and shared his or her talents – acting, directing, writing, dance, improvisation – at NMSU, LCCT, Black Box Theatre, Rio Grande Theatre and multiple other venues in Las Cruces and far, far beyond. Individually and collectively, they are center-stage magic in “Three Tall Women.”

For tickets, visit www.lcctnm.org or purchase them at the theatre before each performance.