Opening to the World 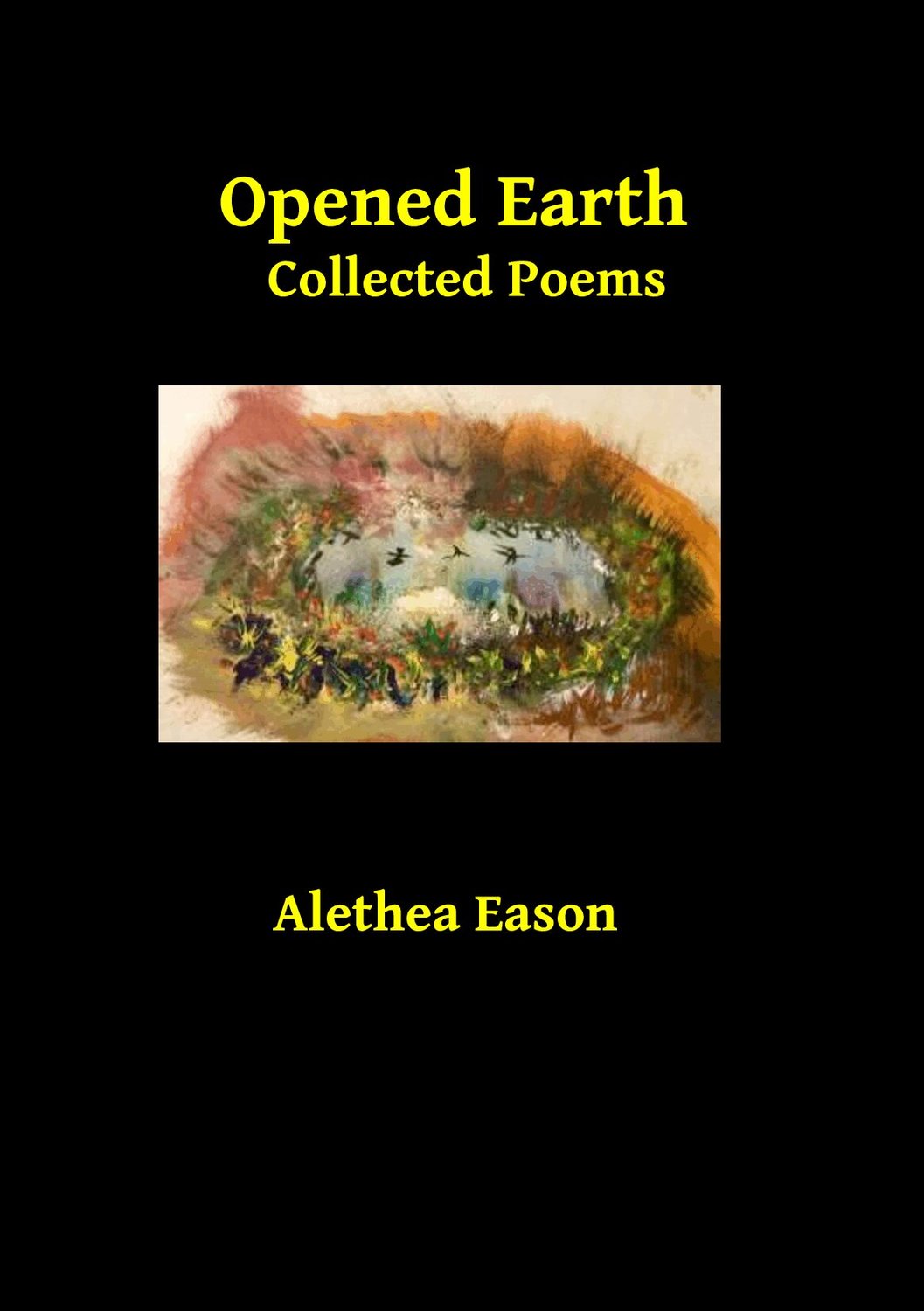 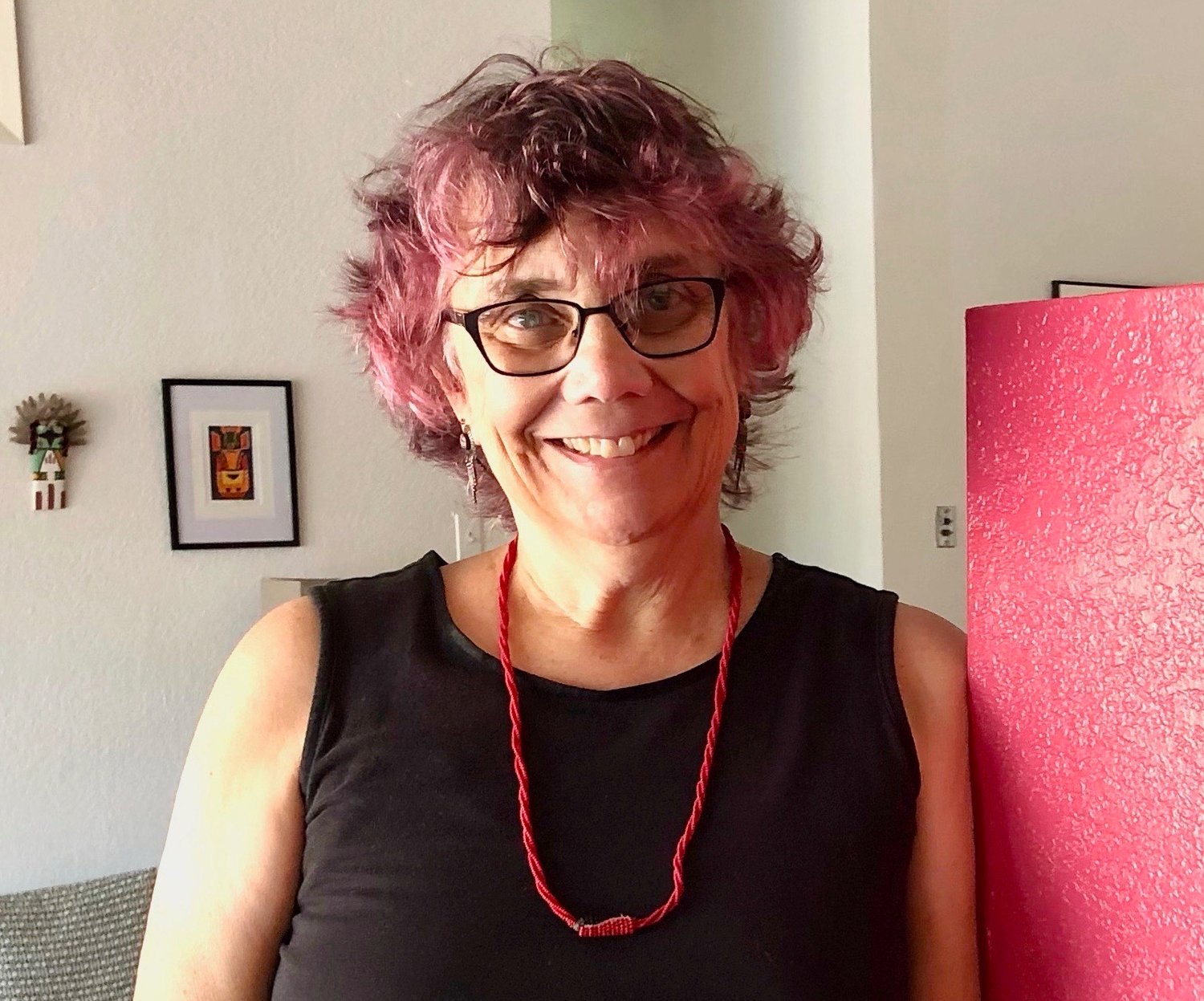 I know what it is like to have my soul unpinned,

to be held by a rope above a cliff and see death,

the end, or at least a threshold where the door

is closed with no key to open it again.

Is hoping for more a vein of fool’s gold

catching the light of a setting sun?

Will an angel with red wings blow a horn

transform the beating hearts of atoms?

I stand naked on the Judgment Card,

raising my arms to implore the sea

to become iron red. I ask for a taste,

a homeotic poison to ease the birth pangs

“About a year ago I had a dream that I should create a poetry book over my life, and it should be called Opened Earth,” Eason said. “I started with small chap books and worked on them for 6 months, focusing on different aspects of my life.”

From her early poems, from 20 years in California to pieces to her move to Silver City and after, she has pulled it all together.

Eason worked for 31 years as an elementary teacher, serving as a reading specialist most of the time. They lived in California until her husband turned 60 and had the opportunity to spend a month in Chile. He liked it so much, he called Eason to join him, and they spent a year and a half in Chile where she was accepted to teach at St. Margaret’s British School for Girls.

In June 2018 they moved to Silver City to retire.

“These poems have been my companions all through my life,” she said. “I wanted to write more than anything growing up because it was so important to me. I was afraid to start but I took this class in college and found I can write and have some talent.

“I found the poetry I wrote at the beginning, in college and in my 20s. I was pleased with the quality but in terms of thematic scope and details, the further I have gone in my life and writing I find they have become more sophisticated.”

In addition to poetry, Eason has written and published short stories since her 30s. She published a novel called “Hungry,” with a sequel, “Starved.” Last March, her book “Whispers of the Old Ones,” was released. She is working on a story for “Vella,” which Amazon is publishing in episodes. That is called “Charlotte and the Demons.”

“There has been a back and forth with my writing and art where I will respond to something I have done orally and my poetry organically comes from a strong sensitivity to my environment,” she said. “I have always been interested in mythology archetypes, so that kind of thing comes up in my poetry as well.

“I feel like when I write my poetry, I really do access the dream state, creative, collective consciousness, and I have Persephone, Shiva. There is religious imagery, it seems that those things are easy to access and connect with my own sensibilities, and my own spiritual bent.”

As she starts her poetry Eason said she often starts with specific emotions, feelings or ideas and the natural images or mythological aspects just emerge as she writes.

“One of the challenges as a writer is I tend to be somewhat of an abstract thinker,” she said. “I had to make myself open up to reveal the personal myself. I learned to anchor my poems to live in my body and my heart and emotions rather than just in my mind.”

“The Opened Earth Poetry Series” is available on Amazon. Read more about Alethea Eason at borderlandwriters.wordpress.com/alethea-eason.