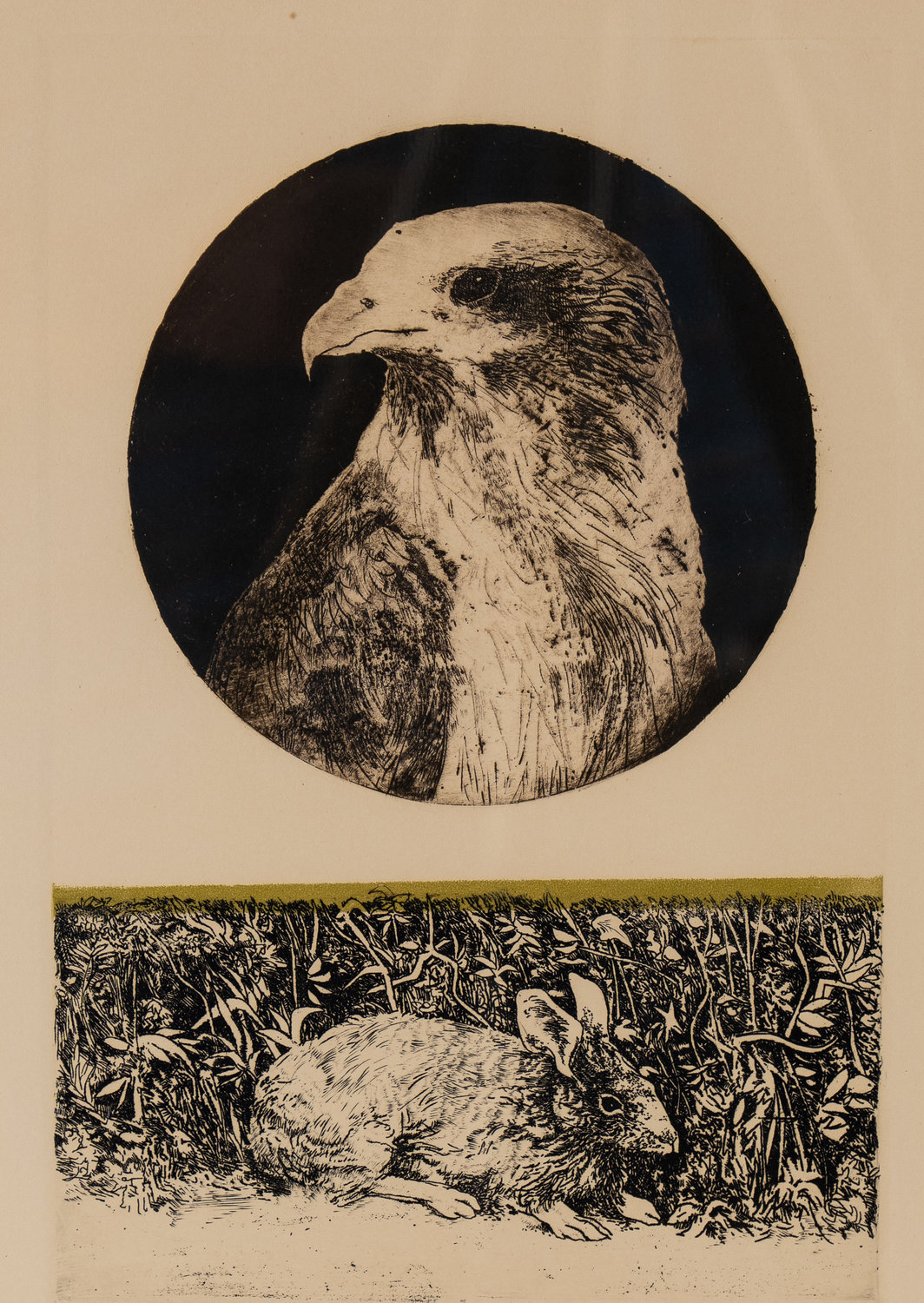 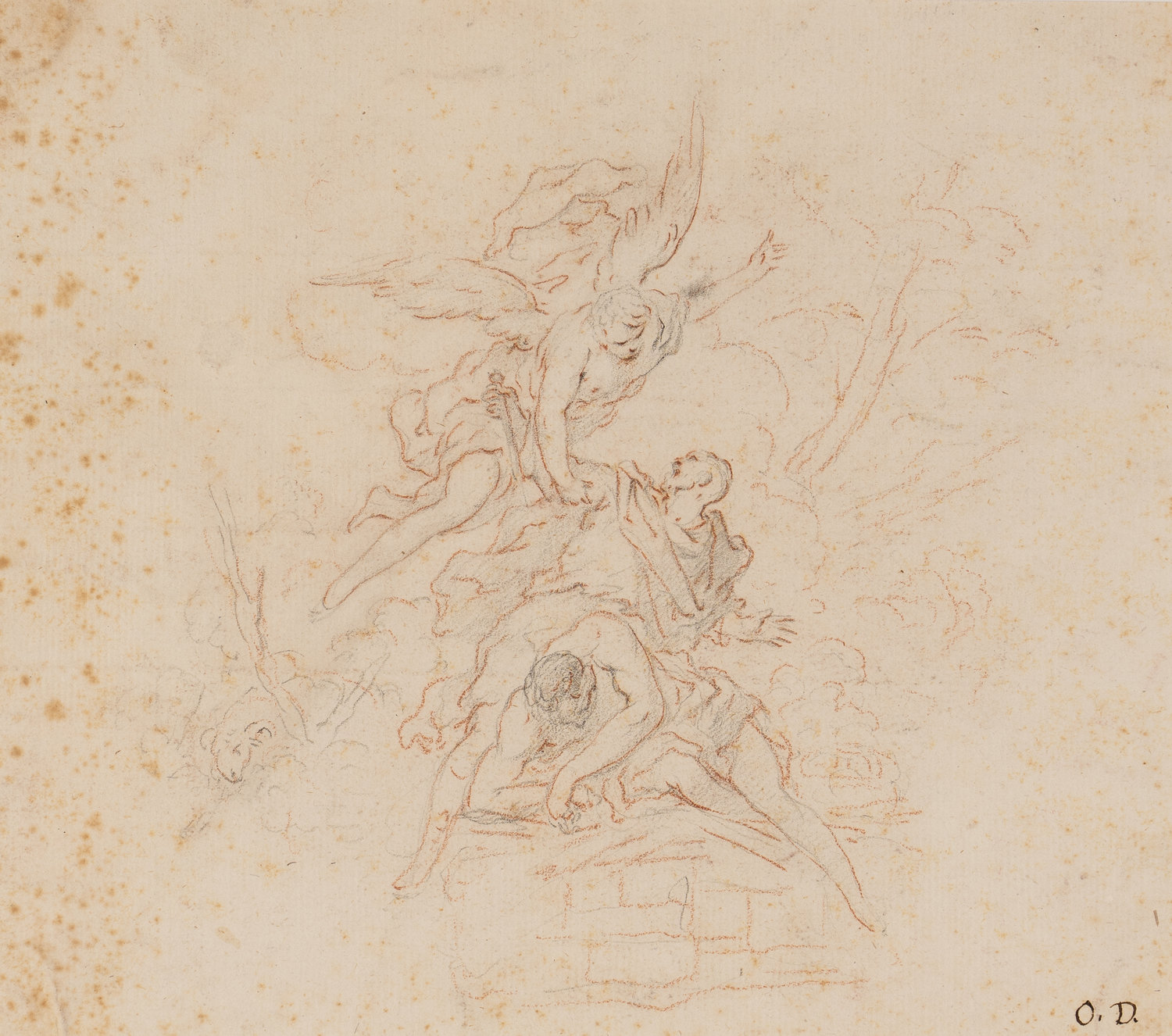 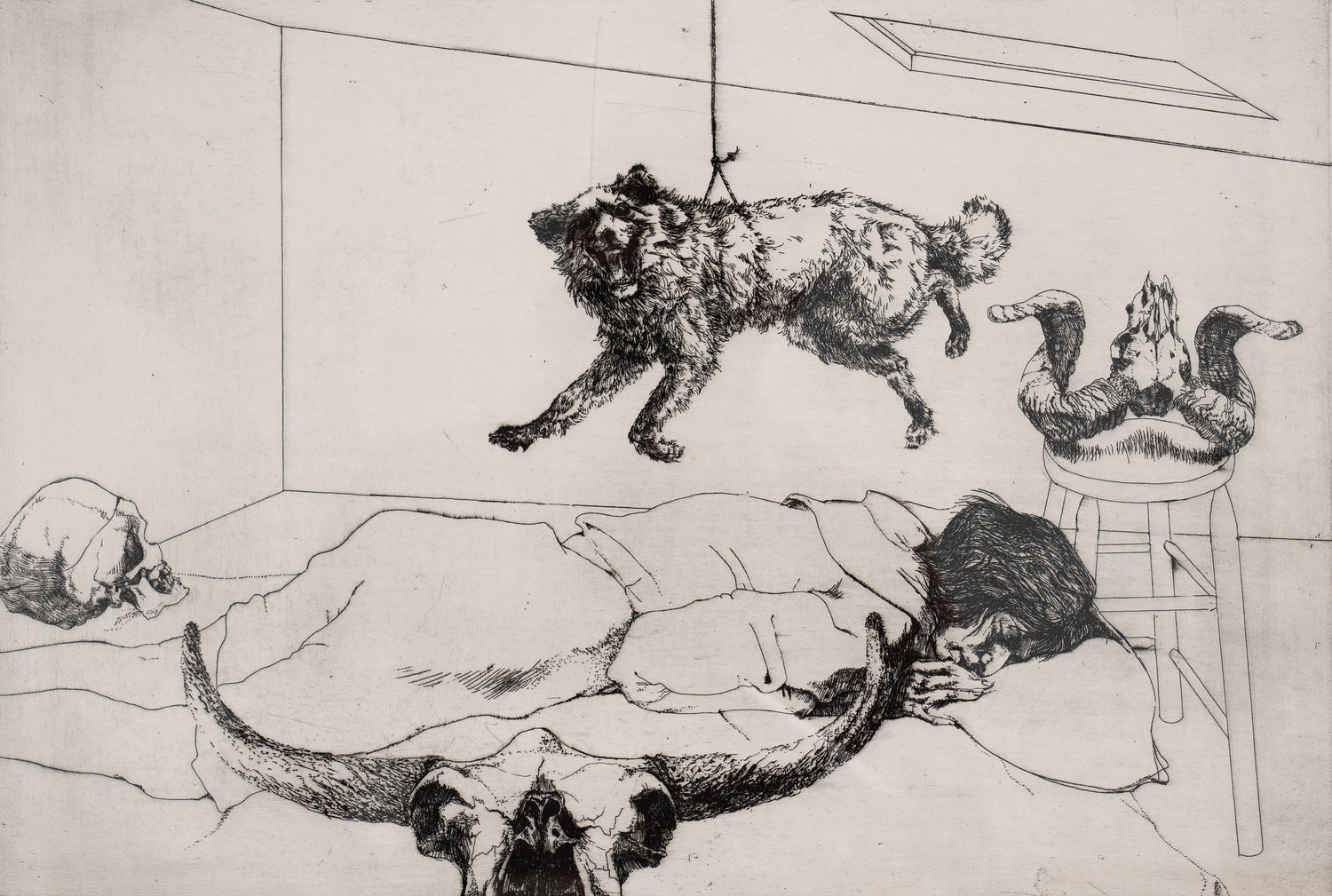 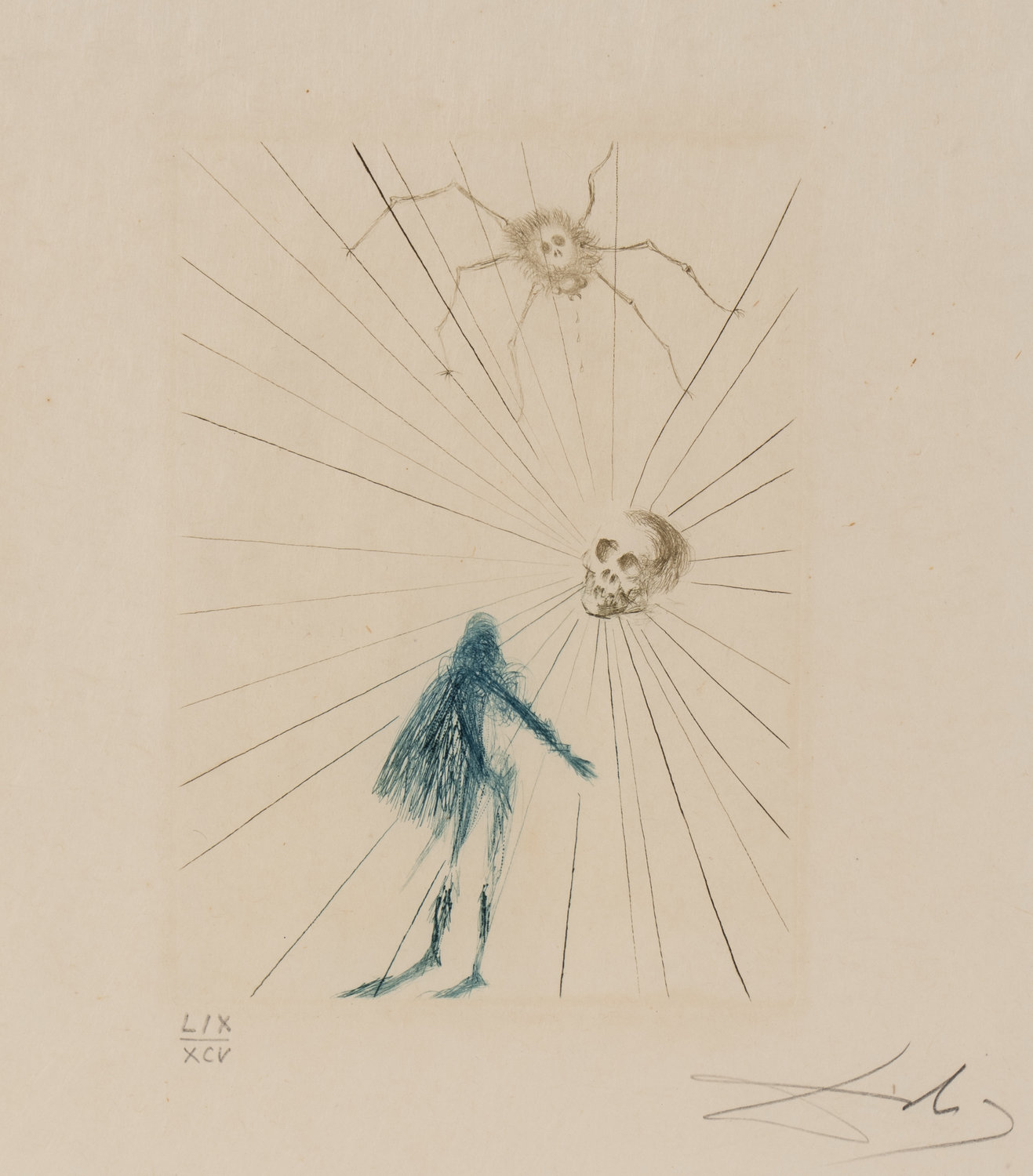 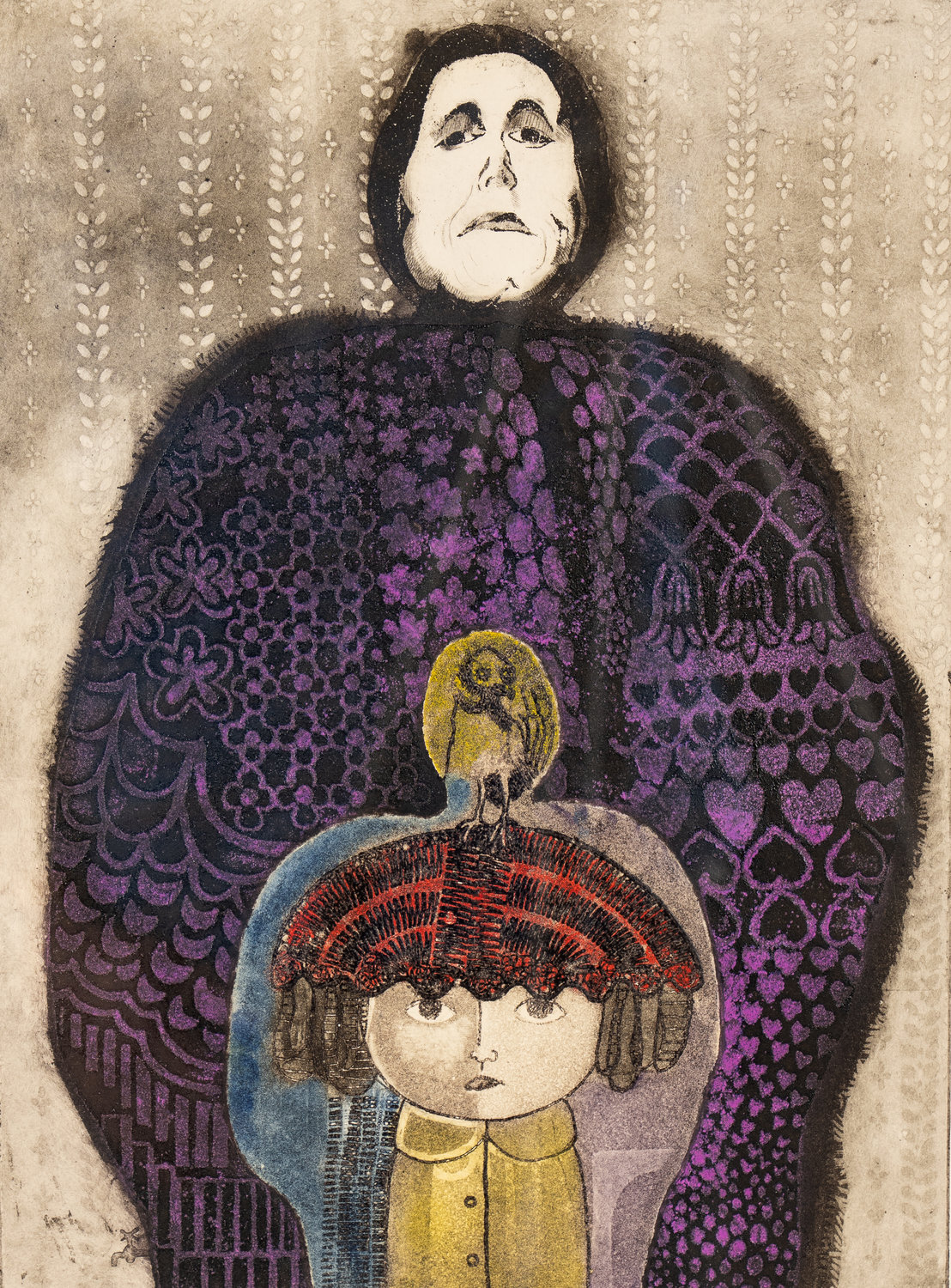 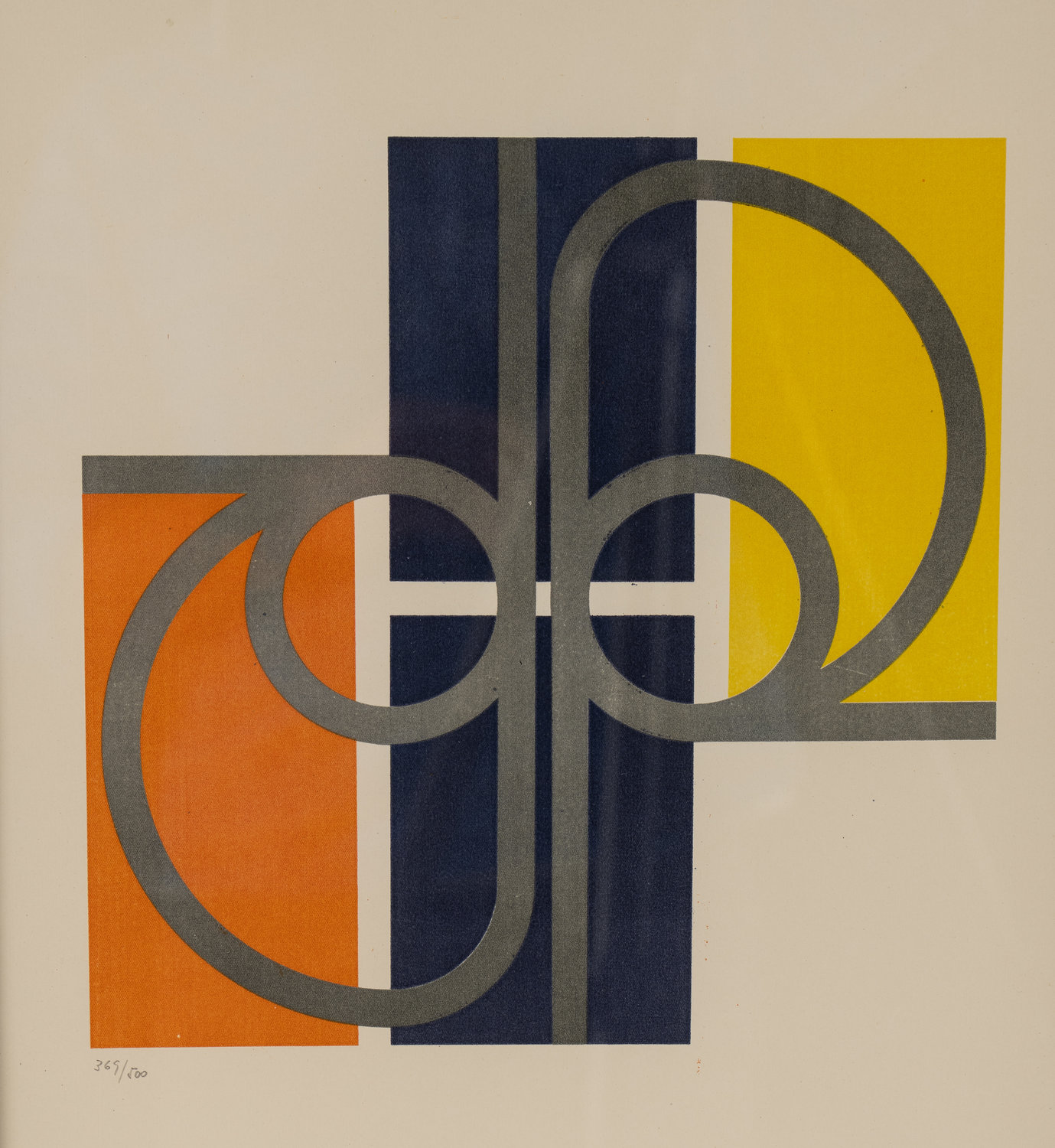 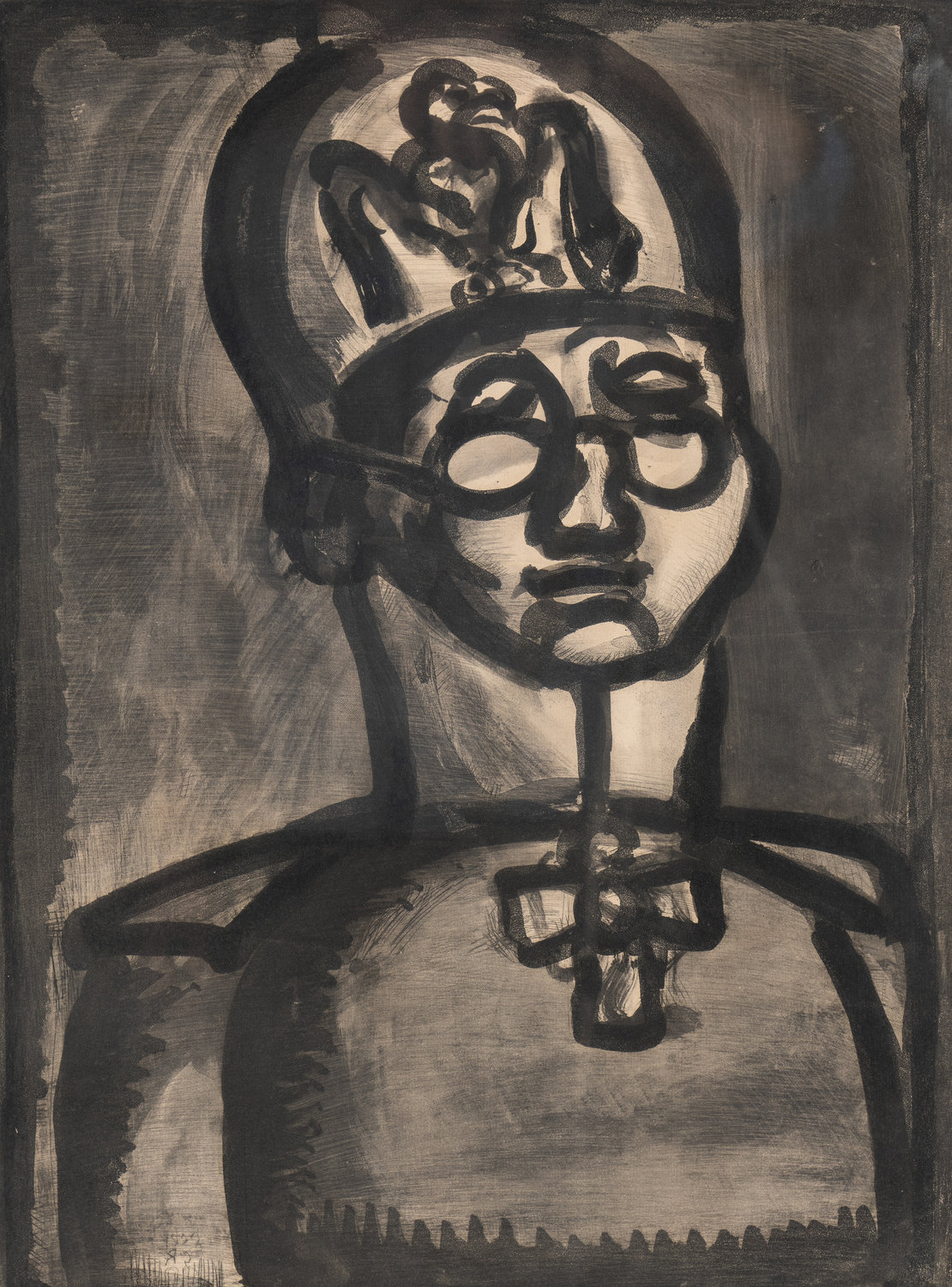 "Far From the Smile of Rheims," Georges Rouault, Lithograph 1922 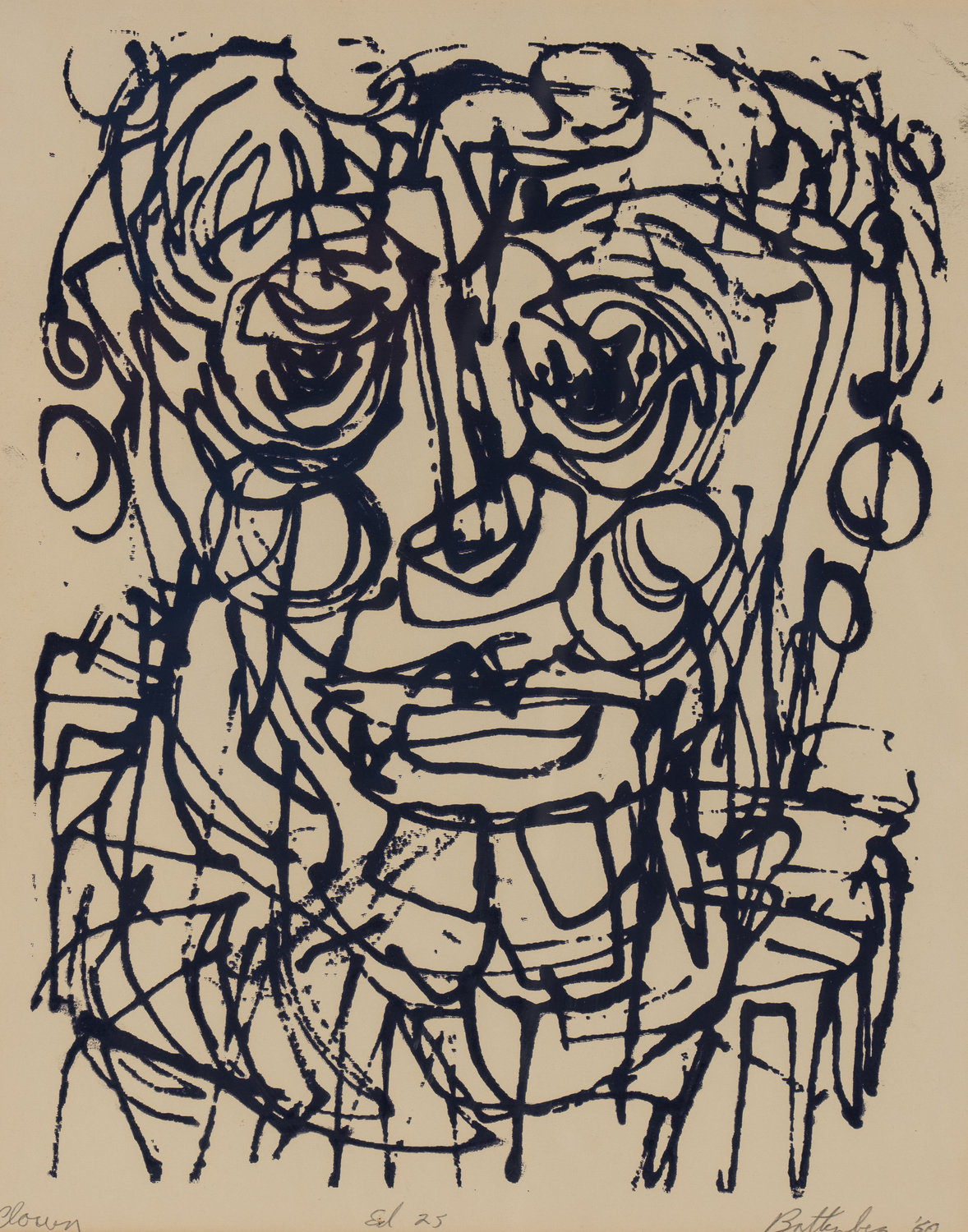 In a new exhibit at the Western New Mexico University Francis McCray Gallery, pieces of art are going up that haven’t been seen for more than 20 years. The “Pen, Pencil and Print” exhibition consists of works of art from the WNMU Permanent Art Collection.

A glimpse of original works on paper from lithograph prints to pen and ink and pencil drawings includes a sample of some incredible works of art spanning several decades that include local, national and international artists.

Gallery director Jill Winburn is most excited about the work coming back into the light.

“It’s artwork that has been in storage for a while,” Winburn said. “Only pen and ink and pencil, a variety, like Harry Benjamin to Picasso, Dali. It’s exciting just to have people see what we have.”

Winburn has been doing a lot of research on these pieces, and said she had no idea the college had such a huge collection.

“It’s amazing to me,” she said.  “It’s a history lesson. We are hoping some people will be able to shed some light on some of the work that doesn’t have that much information.”

The collection is important historically because it is about the culture of the time periods it comes from, she said. The work creates an appreciation of art and should be out there around campus.

“It’s part of the research and teaching part of WNMU,” Winburn said. “When you have a pencil drawing from the 1700s its good to get it up and have people appreciate it. It’s good for the culture.”

The pieces in the permanent collection are in a safe storage location and Winburn is spearheading efforts to re-catalog everything. While there are pieces hanging around campus and many pieces have been reframed, she wants to get more of the historical artwork out and on display.

She said the gallery is a teaching and research location, mostly for the students at the college. Because there is a limited amount of shows they can do every year, they can’t produce a permanent collection show every year, but will certainly do them more than every 20 years, she said. The next one might be of a Japanese collection she has been uncovering in storage.

“What you will see within this exhibit is a collection of artists from around the globe whose artworks share a process that is sometimes formal, informal and innovative,” Winburn said.  “The exhibit consists of pieces that range from 1798 to 1922, to the 1960s and 1970s and displays the breadth of artwork that is a small sampling of the collection itself.”