New leader on board for WSMR’s Naval Detachment 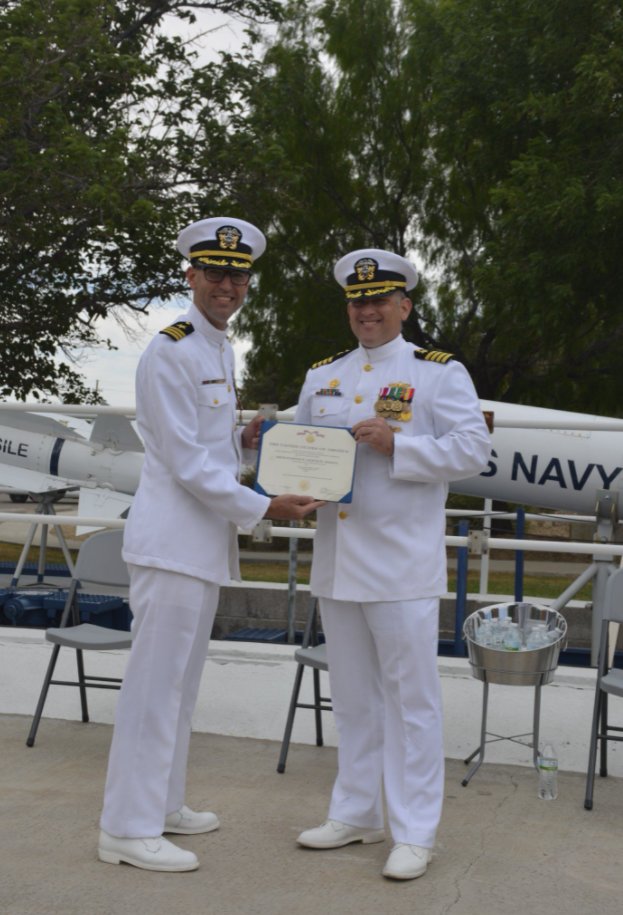 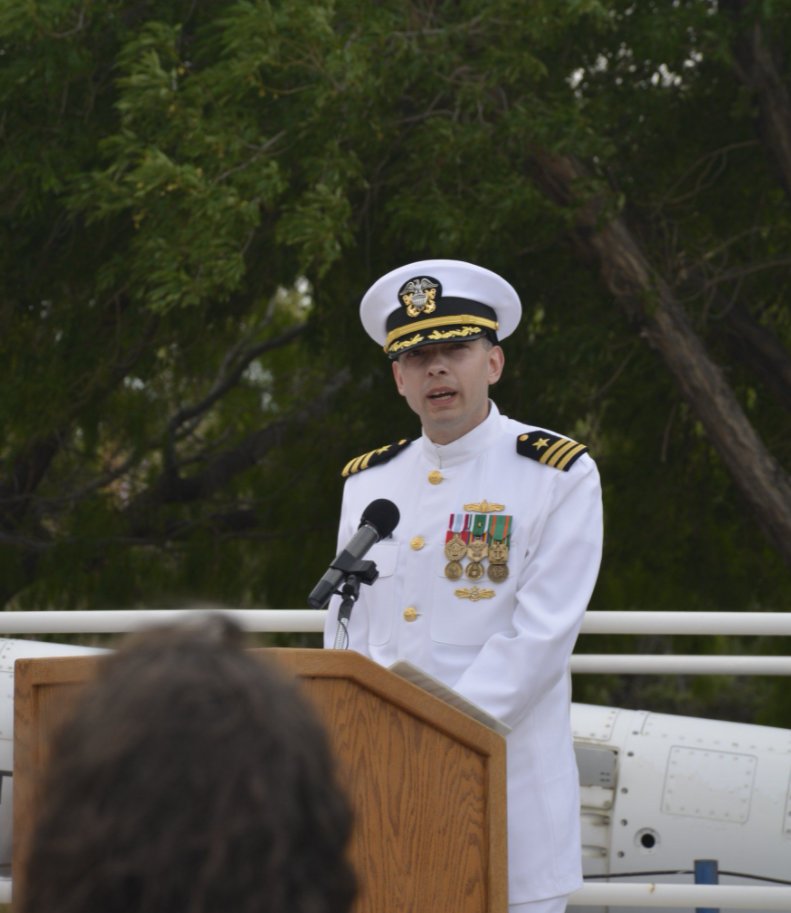 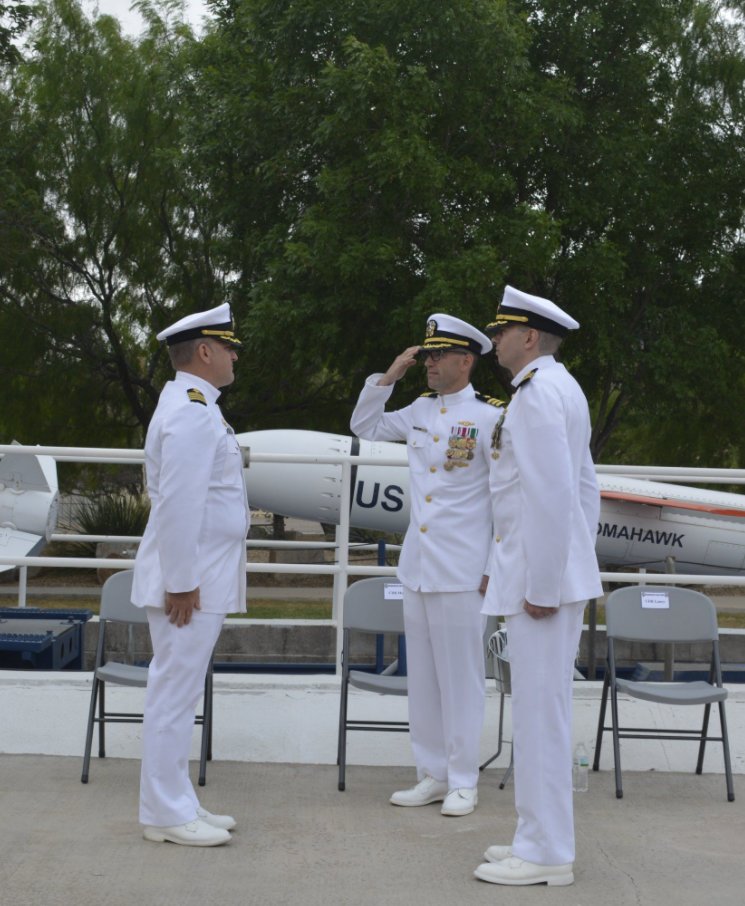 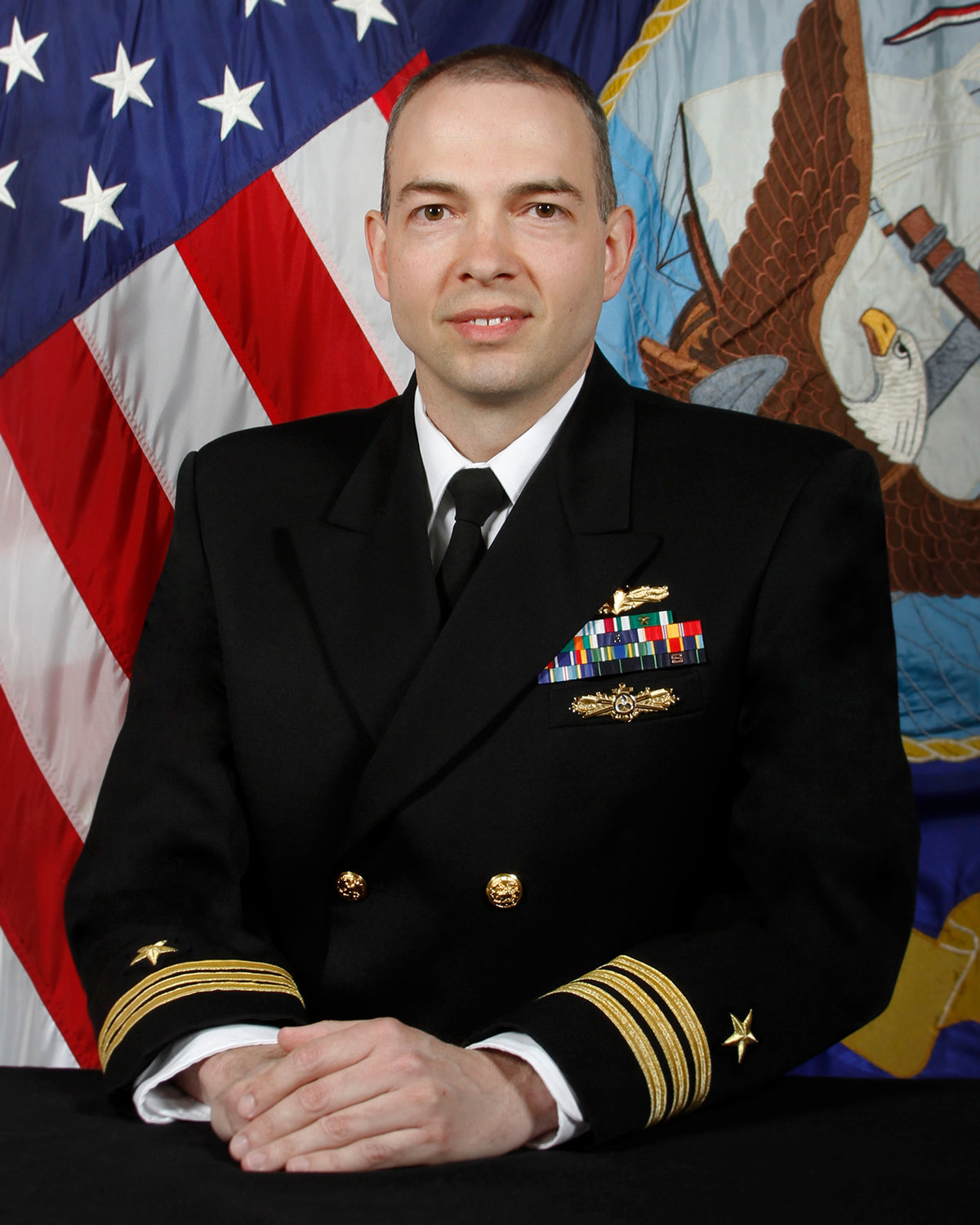 The event will recognize the 77th anniversary of White Sand Missile Range.

All active duty and retired veterans are invited. Free breakfast burritos and coffee will be served.

“We invite all area veterans to attend,” said Lou Sisbarro, president of the Sisbarro Dealerships. “Las Cruces and Dona Ana County veterans have done so much for all of us. This is a small way to recognize their service while we visit, reminisce and enjoy breakfast.”

Laney has pertinent experience at Naval Surface Warfare Center, Port Hueneme Division (NSWC PHD), and succeeds Cmdr. Colin Monk, who concluded a three-year tour as officer in charge at the White Sands Detachment. Laney took on the leadership position in a change-of-charge ceremony in May.

Many may not realize WSMR has a U.S. Navy presence on the range, including the landlocked USS Desert Ship (LLS 1), a concrete blockhouse that replicates the fire control requirements of a surface ship.

“We provide a controlled environment for innovation to happen,” said Abie Parra, White Sands department manager. “We dabble in a lot of areas, but at the end of the day, we’re out here to facilitate the successful execution of Navy Test and Evaluation events to ensure that the warfighter is getting a quality, timely product.”

Parra, the top civilian official at White Sands Detachment, credited Monk for his steady hand and calm demeanor as they navigated the challenges of the COVID-19 pandemic while guiding their team through a busy slate of testing objectives to bolster naval capabilities.

As White Sands’ new officer in charge, Laney arrives at a time when the detachment is focused on the future needs of the Navy and its partners. Priorities include defining long-range corridors to accommodate faster, longer-range weapons; developing hypersonic test events for initiatives across the Department of Defense; and advancing the nation’s suborbital vehicle capability.

Laney brings broad experience in testing and evaluating a variety of missiles and other weapons, in part during a previous tour with NSWC PHD. Most recently, he worked for the Missile Defense Agency (MDA) in Dahlgren, Virginia, which is precisely where Monk is headed.

Monk joined White Sands Detachment as officer in charge in June 2019. In his first year on the job, the detachment took on an unexpected test program that became one of the highlights of his tenure.

In July 2019, a 7.1-magnitude earthquake rocked Naval Air Weapons Station China Lake in California. Extensive damage to the station threatened to derail a new missile test program planned at the site. To avoid a major delay, the program manager called White Sands Detachment to see if the team could help.

“We got the call in October, and we were able to pull together a test program for China Lake on exceptionally short notice,” Monk said. “It was 90 days from phone call to launch, and we got the tests executed as the original program schedule required.”

As another highlight of his time at the helm of White Sands Detachment, Monk pointed to October 2021. In that month, the detachment executed three missile tests in three weeks, including demonstrating a new capability.

That schedule on its own was “a really dense series of tests events,” Monk said, but the team accomplished another key effort during the same timeframe. On Oct. 27, White Sands Detachment helped the French Ministry of Defence launch the first sounding rocket from a new facility in Biscarrosse, France.

“That was four major events all executed in three weeks, and every single one of those missions had to happen on those dates,” Monk said. “The team members pulled together and did what they had to do to get it done. It was a huge win for each one of those programs.”

Parra pointed to an MDA mission in Hawaii last year as another big win for the detachment during Monk’s tenure. The missile test event was the most complex mission in MDA history, with “the most complicated targets ever built by anyone for the MDA,” Parra said.

“Cmdr. Monk’s leadership was crucial in navigating the technical challenges and risks of the mission, all while keeping such a large effort going in the COVID-19 environment,” Parra said.

As for Monk’s style as a leader, Parra described him as one who listens intently to everyone on the team and takes a measured approach to decisions.

“He’s very studied from an engineering perspective, and he keeps everything on an even keel,” Parra said. “He will be sorely missed.”

For his part, Monk said he will miss the “incredible people” he worked with at White Sands Detachment. Serving in one position for three straight years is a rarity in his Navy career, he said, and he and his family have enjoyed the close-knit community at White Sands Missile Range.

For his upcoming tour at the MDA, Monk said he will serve as program manager for one of the Standard Missile variations, but that could change depending on the agency’s needs.

“MDA is a big agency, and there are lots of opportunities—that’s what I’m most looking forward to,” Monk said. “Wherever the toughest challenges are, that’s what I want to work on. Mostly, I just want to be of service.”

Ahead of the change of charge, Laney was frocked to commander in a ceremony at WSMR April 28.

Although this is his first tour at the White Sands Detachment, Laney isn’t new to NSWC PHD. For his first assignment as an engineering duty officer, he served as a project officer for Combat System Ship Qualification Trials (CSSQTs) in Port Hueneme, California, from 2013 to 2016.

During his previous tour at NSWC PHD, Laney led a successful CSSQT aboard a Republic of Korea destroyer, and he supported multiple Aegis Combat System and Standard Missile test events. He said he was impressed by the caliber of people he worked with, and he’s glad to return to the command.

“It’s exciting to come back and work for Port Hueneme Division,” Laney said. “Many of the people I worked with are still there in similar roles or in positions of greater responsibility, which is great to see.”

Before joining White Sands Detachment, Laney served as a product manager for one of the Standard Missile variations at the MDA. In that role, he was responsible for the program’s cost, schedule and performance.

In addition to his work with various Standard Missiles and the Aegis Combat System, Laney’s naval career includes directed energy, shipyard and operational experience. He said he was interested in “the whole portfolio” of White Sands’ work.

“The mission out here is awesome,” Laney said. “I’m very excited to come back to Test and Evaluation and help the Navy move forward with these programs.”

Also, after serving in acquisition roles for his last two tours, Laney said he was eager to return to a leadership position. On that front, he describes his style of leadership as “people focused.” In other words, he aims to bring out the best in people, make sure they’re happy and safe, and provide them with the right tools to perform effectively in their roles.

“My philosophy is that we can have all the equipment, technology and facilities we could ever want, but we cannot execute missions without people,” Laney said.

“I’m just starting to poll the workforce to see where I might be able to help,” Laney said. “For me, it’s people first, and I’m confident that will remain my No. 1 priority.”

Meanwhile, Laney is settling into the White Sands community with his wife and two children.

During his 15 years of active duty in the Navy, Laney has been awarded the Defense Meritorious Service Medal and the Navy and Marine Corps Commendation Medal. He also earned a master of science degree in physics at the Naval Postgraduate School in Monterey, California.

Parra described Laney as “very well spoken and very sharp,” and said Laney’s previous experience with NSWC PHD will serve him well as officer in charge at White Sands Detachment.

“Cmdr. Laney brings a background of Port Hueneme in his blood,” Parra said. “I’m very excited about that. He’s well-suited to help us build workforce development plans as we train and certify the future workforce.”