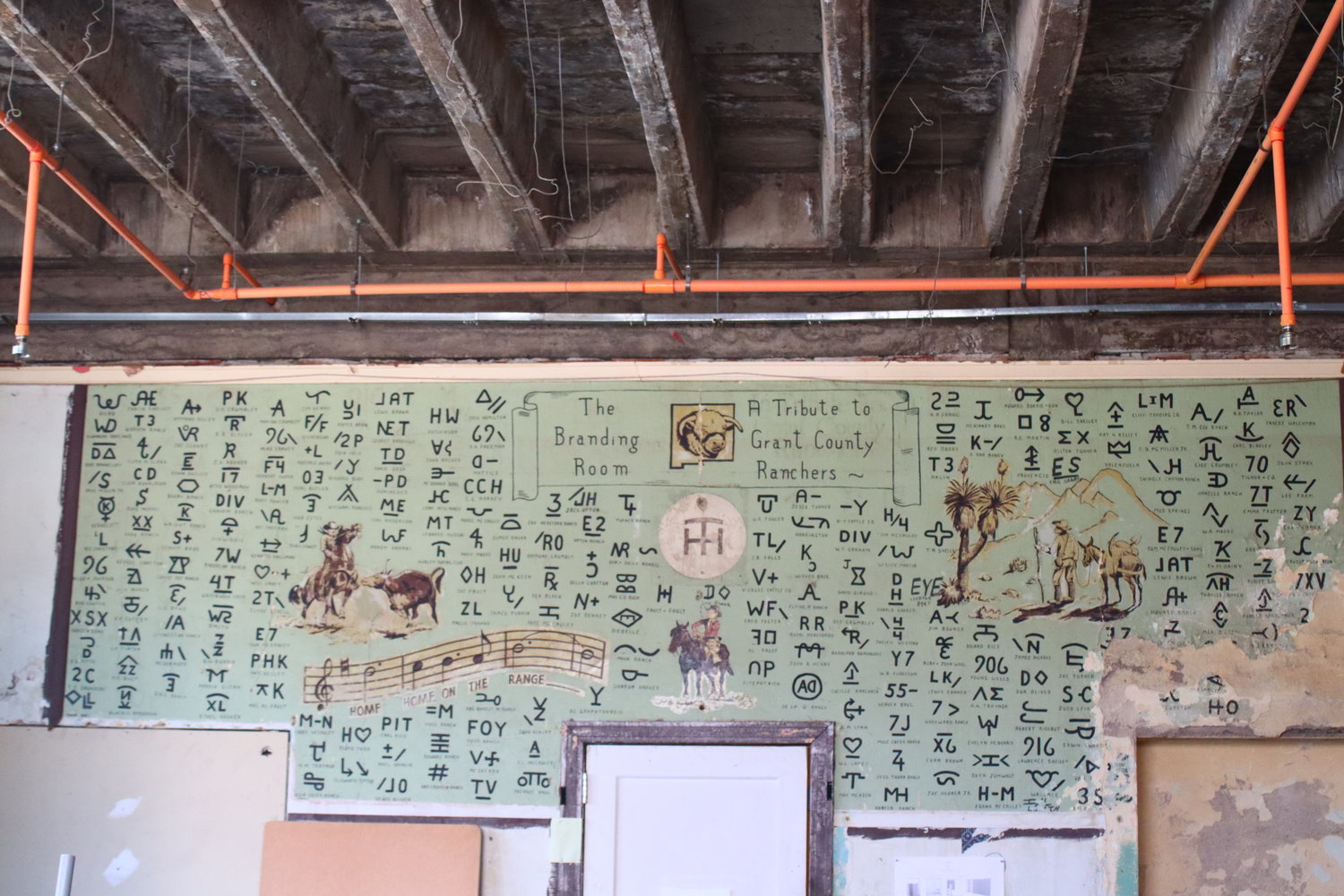 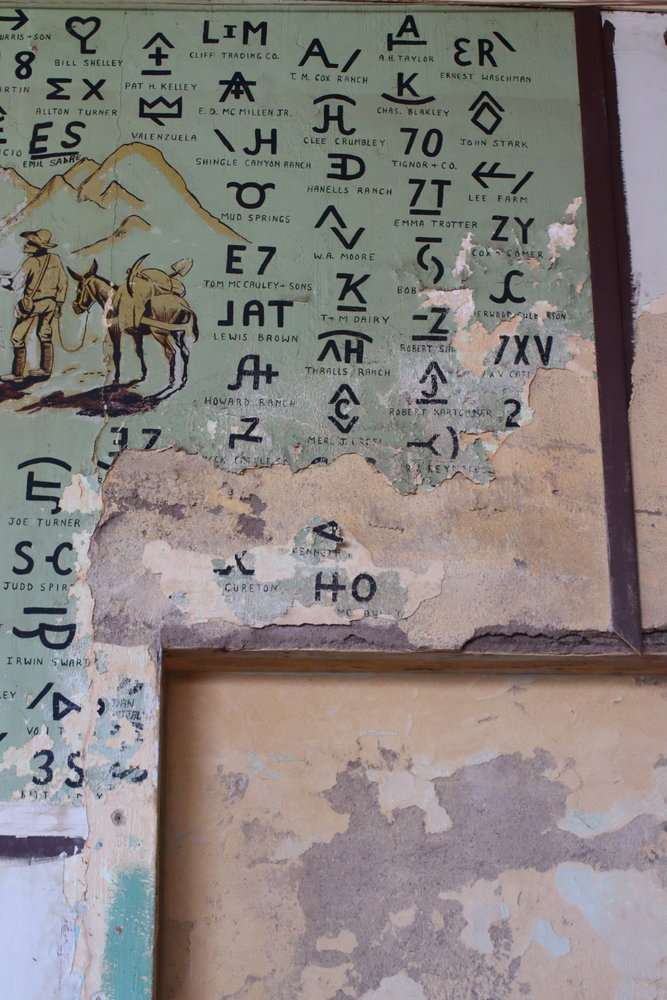 Missing Portion of the Mural
Previous Next
Posted Monday, August 1, 2022 10:01 am
By Lucy Whitmarsh

Staff at the Murray Hotel in Silver City is working hard to solve some mysteries about the hotel and would like your help. After being closed for many years, hotel rooms and the ballroom at the hotel have been operating since a renovation was completed in 2012. One of the areas of the hotel not yet renovated is the bar. In the bar there is a mural titled “The Branding Room – A Tribute to Grant County Ranchers.” The lower right side of the mural has been lost. We are asking for help locating either a photograph or the sketch used to paint the mural so we can add the missing brands when the mural is restored.

The bar at the Murray Hotel was once a popular place to meet and relax for both the community and visitors. The hotel and bar opened in 1938. We do not know the name of the bar when the hotel first opened, but we know the name was changed to the “Copper Lounge” in July 1949. If anyone remembers what the bar was called prior to becoming the “Copper Lounge” please contact the Murray Hotel. We would very much like to have the information for our documentation of the history of the hotel. The renovated “Copper Lounge” included new fixtures and furniture. Additionally, two large scale photographs were added. One photograph was of the open pit at the Santa Rita Copper Mine and the other of a mountain with cattle grazing. If anyone has seen the photographs or pictures that include the photographs, the documentation would be a wonderful addition to the Murray Hotel archives.

In 1959, the name of the bar was changed to “The Branding Room.” We do not know if any remodeling was done at that time. If anyone has plans for a bar renovation at the Murray Hotel in 1959, we would like to have copies. Also, if you have any photographs of the “The Branding Room” we would like to make copies so we have a record of how the bar was furnished at the time.

If you do have photographs or other documentation of the interior of the Murray Hotel we may copy, please contact Lucy Whitmarsh, Community Outreach Coordinator, at 575-956-9400 Option 2.