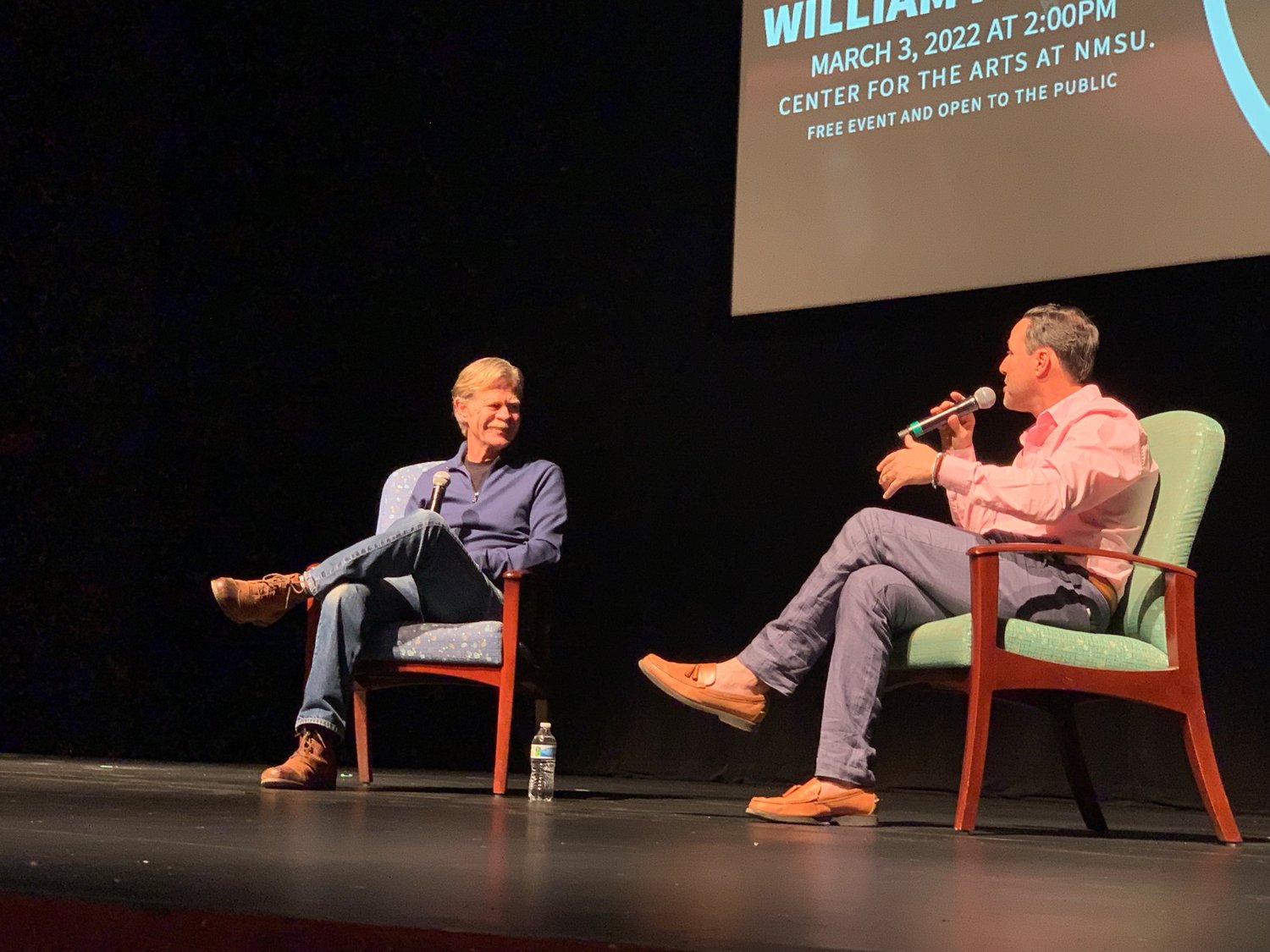 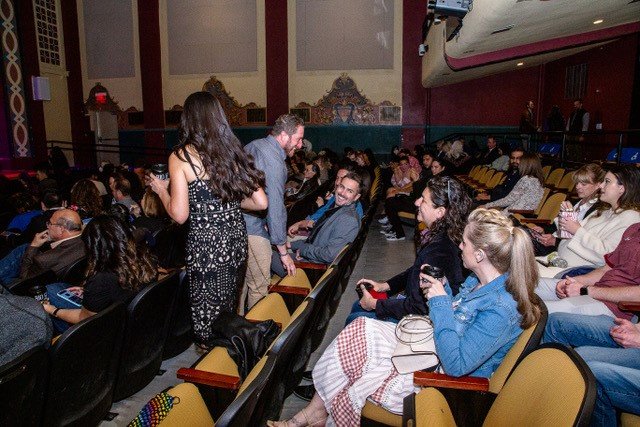 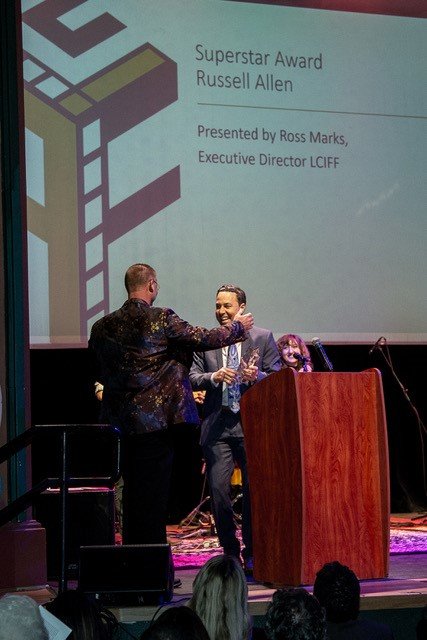 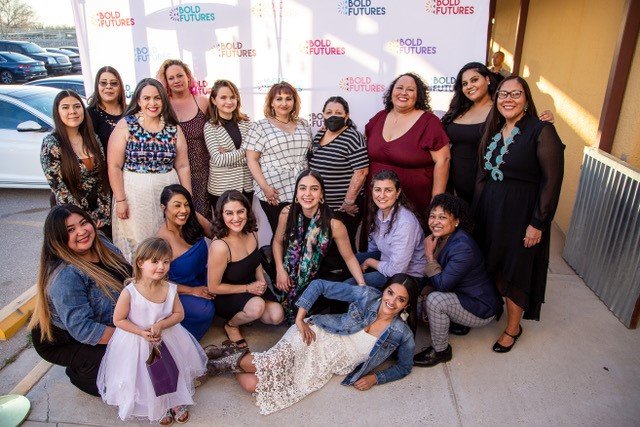 Actress Melissa Barrera poses with the women of Bold Futures who created the film “All the World is Sleeping,” Wednesday afternoon, March 2, at Salud! in Las Cruces before heading to the opening night of the film and the Las Cruces International Film Festival.
Photo by Maggie Adams 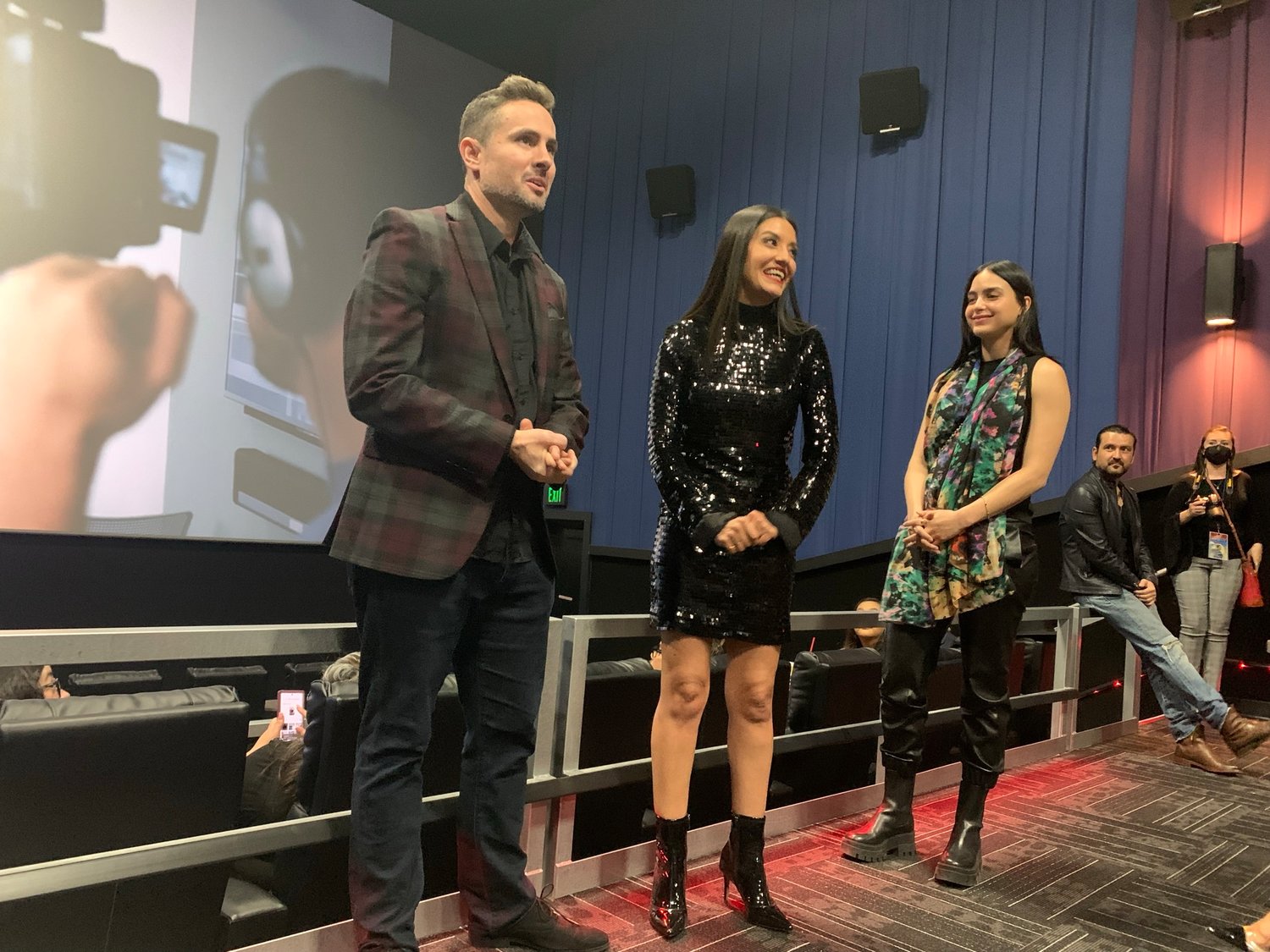 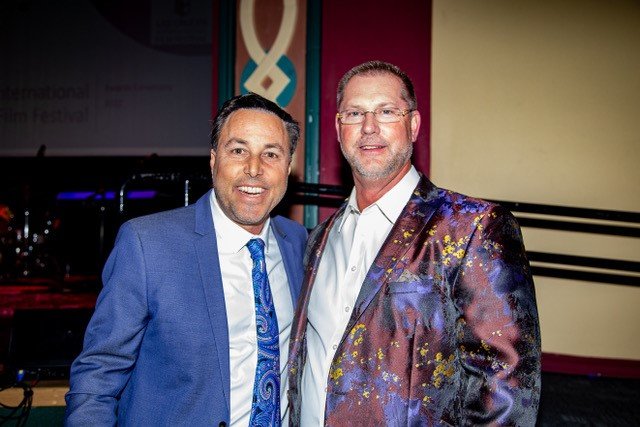 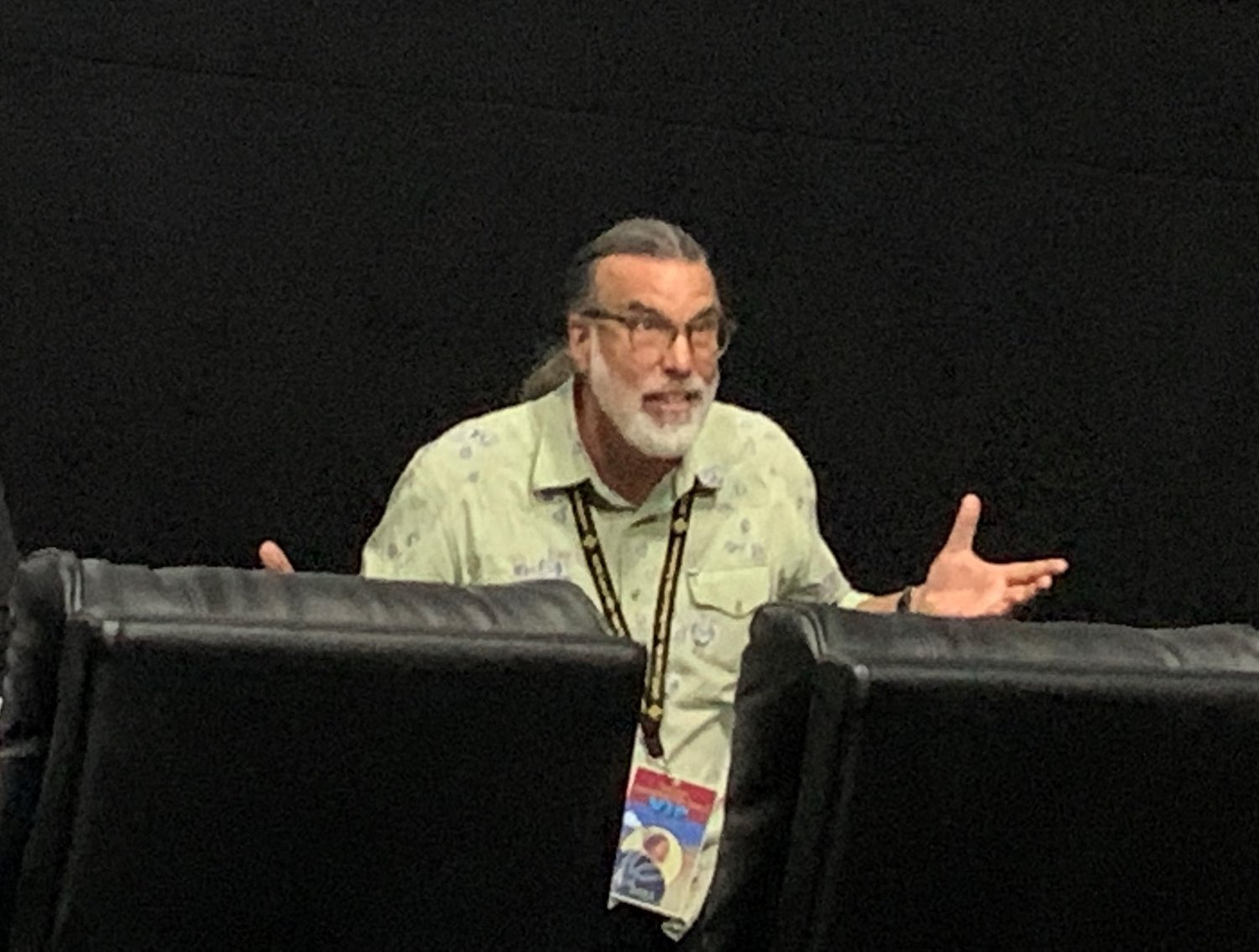 Don Foster, longtime Hollywood executive producer from “Rosanne” to “Two and a Half Men” and “Big Bang Theory,” took part in Friday’s screenwriting panel for the film festival.
photo by Elva K. Österreich 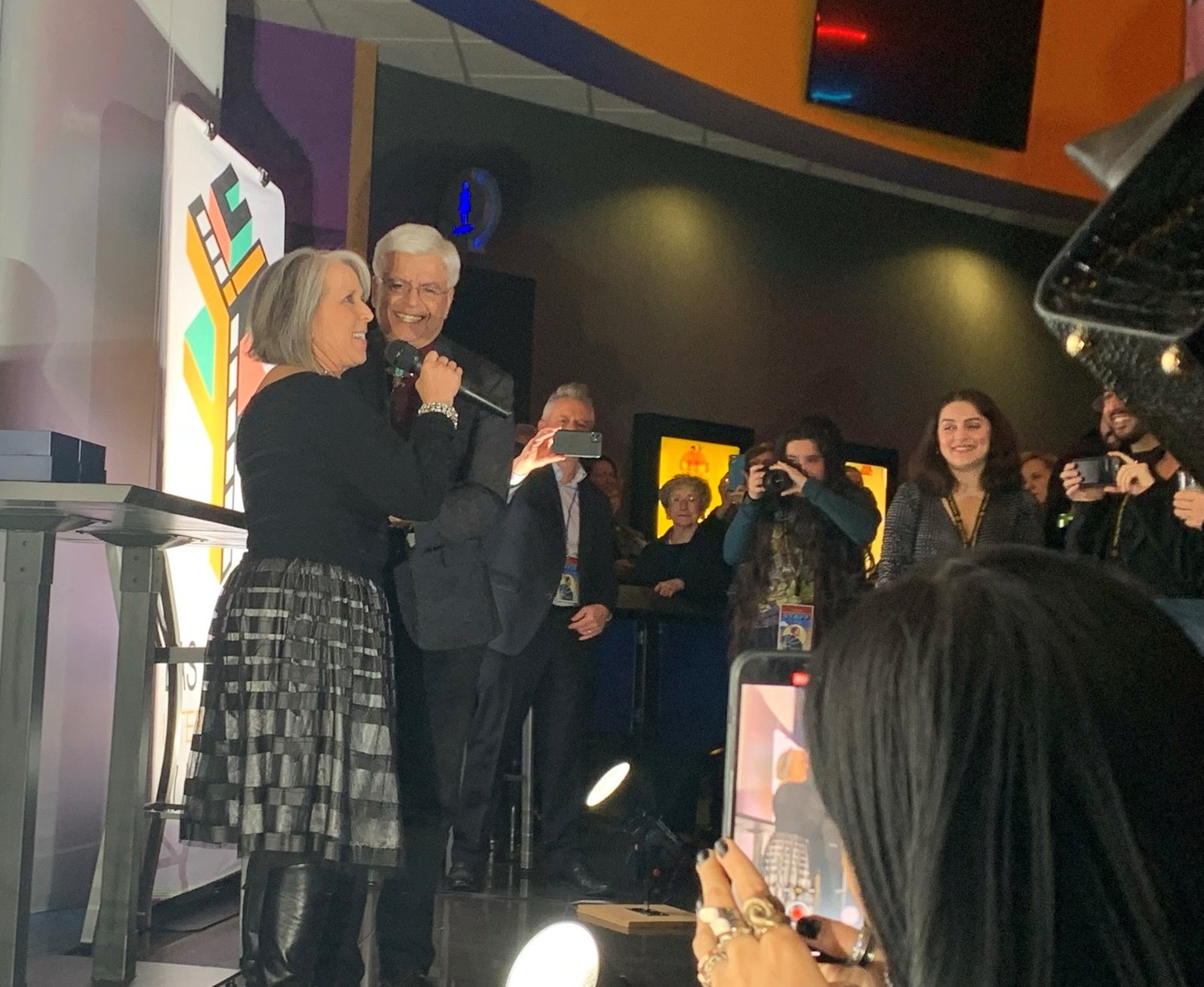 New Mexico Gov. Michele Lujan Grisham is presented the Las Cruces International Film Festival Hero award for her promoting the film industry in the state. NMSU Chancellor Dan Arvizu presents the award to the governor, March 3 during the festival after party held at the Allen Theaters Cineplex.
photo by Elva K. Österreich 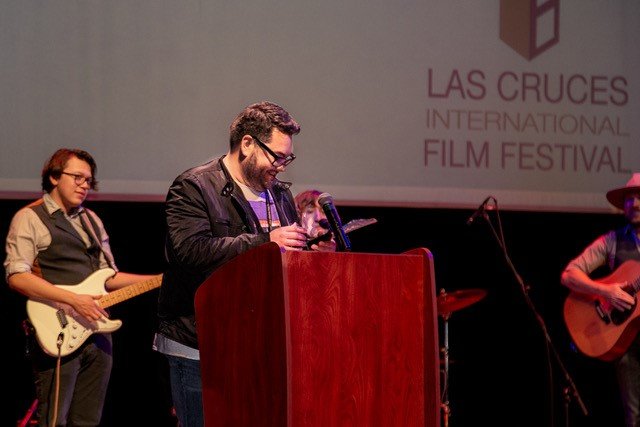 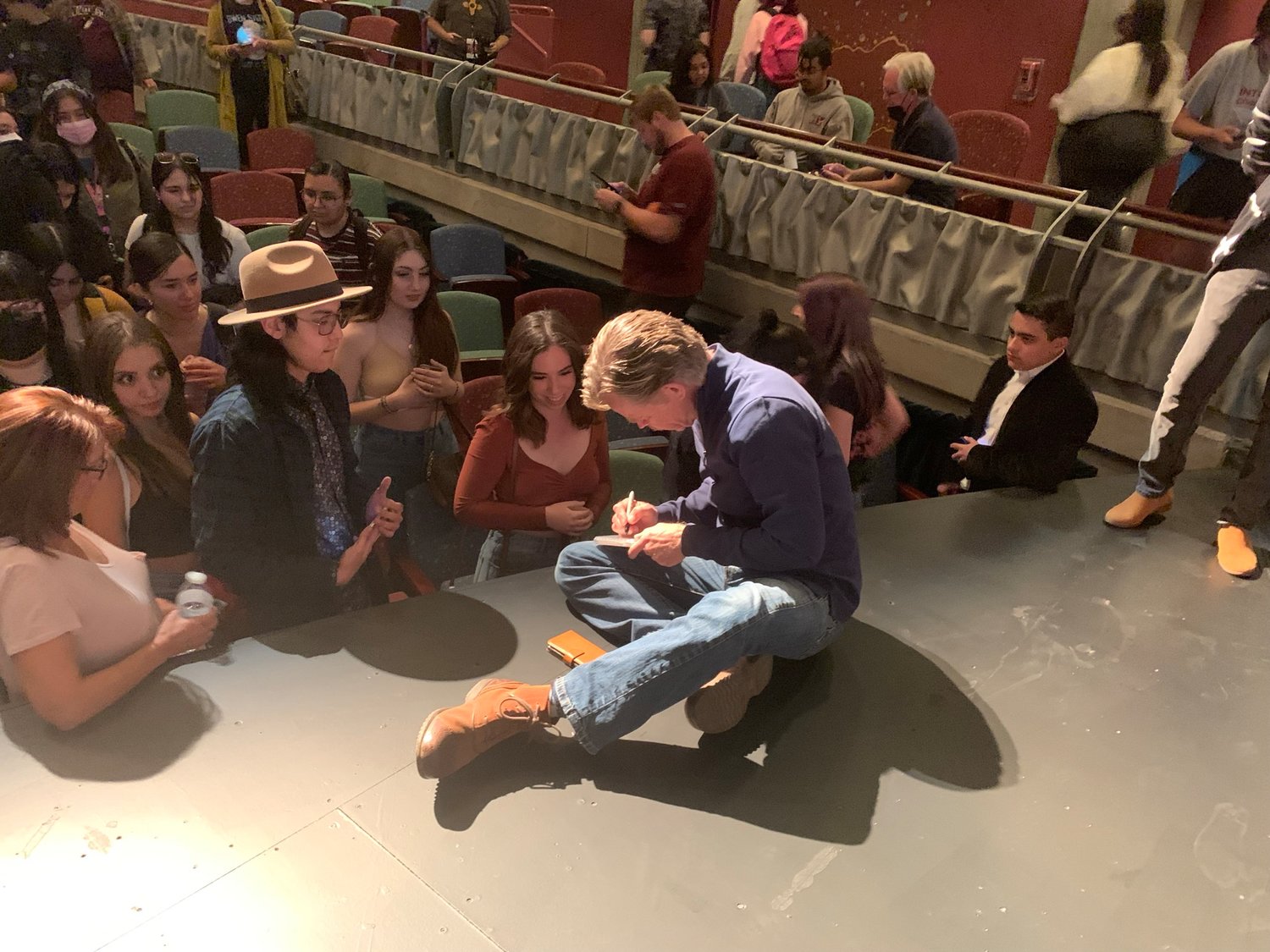 Starting March 2, the Las Cruces International Film Festival has seen its biggest attendance ever, close to 10,000 people, as it presented its usual mix of locally filmed movies, celebrities including William H. Macy and Don Foster, and four theatres showing a full variety of films at the Allen Theatres Cineplex. Saturday evening Festival winners were announced and prizes awarded. The festival ended Sunday, March 6 with a showing of all the festival winners.

Grand Jury Prize: “All the World is Sleeping”

Best Narrative Feature: “All the World is Sleeping”

Best Music Video: “And in my Dream”

Visit the Las Cruces International Film Festival FaceBook page for more on the winners and the results of the 48-hour “Reimagining Borders” Film Challenge.