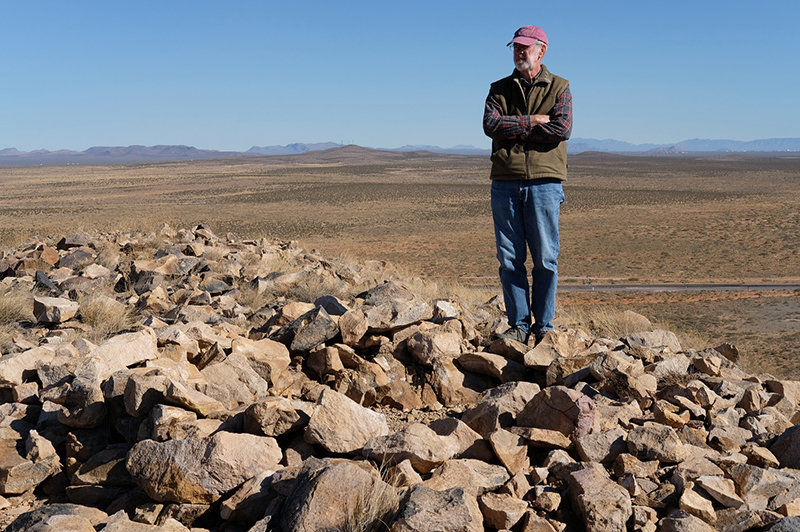 The monthly Culture Series returns to New Mexico Farm and Ranch Heritage Museum (NMFRHM) in August. The first lecture focuses on one of the enduring mysteries in the region, the museum said in a news release.

Historian Jim Eckles’ talk at 7 p.m. Thursday, Aug. 11, is “Victorio Peak: One Hundred Tons of Gold or Just One Hundred Tall Tales.” The presentation, hosted by the Friends of the Museum, will be in the museum’s theater. Admission is free, with donations will be accepted.

Milton “Doc” Noss claimed he descended into Victorio Peak in Doña Ana County in 1937 and discovered a huge tunnel. At the end of the tunnel were rooms with skeletons chained to the floor and gold bars stacked like firewood – the math led to claims of 100 tons of gold, the news release said. In 1939, Noss collapsed the entrance when it was dynamited to make it larger. Since then, Noss himself, various family members and a horde of others tried to regain access to the fabulous treasure. Newspaper accounts talk about billions of dollars in gold hidden there.

These searchers and claimants have been prevented from simply leveling Victorio Peak because, after World War II, the tiny mountain became part of White Sands Missile Range (WSMR), NMFRHM said. Although the missile range considers treasure hunters as trespassers, the U.S. Army has allowed four different searches at the peak. During the last one, Noss descendants were there for several years.

Eckles will detail the legend and some of the efforts to find the gold and explain why nothing has been found.

Eckles is retired from the WSMR public affairs office, where he worked for 30 years. One of the most popular questions he received while conducting tours of the missile range was, “Can we see Victorio Peak?” He says it was a nice break from explaining Trinity Site or why there are roadblocks during missile tests, NMFRHM said.

Because of the persistence of the 100-tons-of-gold legend, Eckles included a whole chapter about it in his book “Pocketful of Rockets: History and Stories Behind White Sands Missile Range.”

Eckles has been on and inside Victorio Peak and dealt with many of the treasure claimants.