Black brought cowboy rhyme and reason for every season 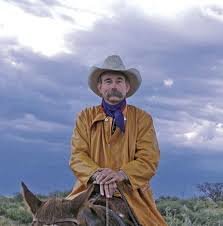 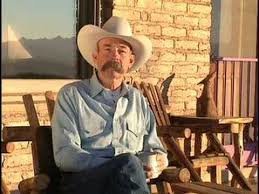 His newspaper column, “On the Edge of Common Sense,” ran here in the Bulletin for many years. It ran in as many as 100 other newspapers at various times and was always one of our most popular features.

Black grew up in Las Cruces, where his father was dean of New Mexico State University’s agriculture college. He earned his veterinary degree from Colorado State University after beginning his studies at NMSU.

The only thing Black enjoyed as much as working with animals was writing about them, and the men and women who take care of them.

Although he wrote about all animals, including llamas, birds and rattlesnakes – as well as the bulls he used to ride as a young rodeo cowboy -- Black tended to focus on cows, horses and dogs.

He also wrote quite a bit about the human animal, and all its idiosyncrasies, inadequacies and hypocrisies.

Black gained national exposure for nearly 20 years as a weekly commentator on National Public Radio’s Morning Edition. That’s how I first encountered Black, when I was living in Arkansas in the early 1990s. His 3-minute segments offered insight, education and, often, belly laughs.

When I joined the Bulletin in 2010, I was happy our weekly newspaper was carrying the weekly column, and everywhere I went, people wanted to talk about Baxter Black. Most were big fans, and liked to recount the laughs they got from a recent Baxter column. He did have a few detractors, though, and occasionally people told me Black was “out of touch,” or “annoying.”

Regardless, many people found Black nothing but a delight.

I met him a couple of times and watched him perform his poetry, once at a Cowboys for Cancer Research Dinner Dance here in Las Cruces.

He had a bull rider’s build, short and spry, with a certain twinkle in his eye. His look was pure cowboy, with the hat, boots, Western shirt, usually a bandanna around his neck, and a big, thick mustache suitable for catching coffee and beans around a wagon train campfire. He also had a cowboy’s humility, manners and generosity.

Black died at 77 with leukemia and symptoms of dementia, but kept writing his column through last December. His final piece ran in the Bulletin on the last day of 2021 and, fittingly, lionized the beauty, value and companionship of a good horse.

“I like living someplace where a horse matters.” Black used that line to open, and close, that last column.

He spent the last years of his life in Arizona, on a ranch near Benson on a street called Red Chile Road. It was clearly a place where a horse still mattered.

If I tried to eulogize Baxter Black, I couldn’t do him justice, so maybe I’ll let him do it himself.

Here are a couple of lines he wrote in a poem called, “I Know You’ll Miss This Man,” a tribute to a cowboy gone on to “the ranch he’s always dreamed of and never knew he’d find.”

“And heaven for a cowboy is just what you might expect,

And a satisfying reason to get up every day.”

We thank you, Bax, for common-sense facts, born of farming and ranching grit.

And we’ll carry a grin, from now ‘til the end, from your cowboy wisdom and wit.