Alamogordo Artist Lights up in Oil 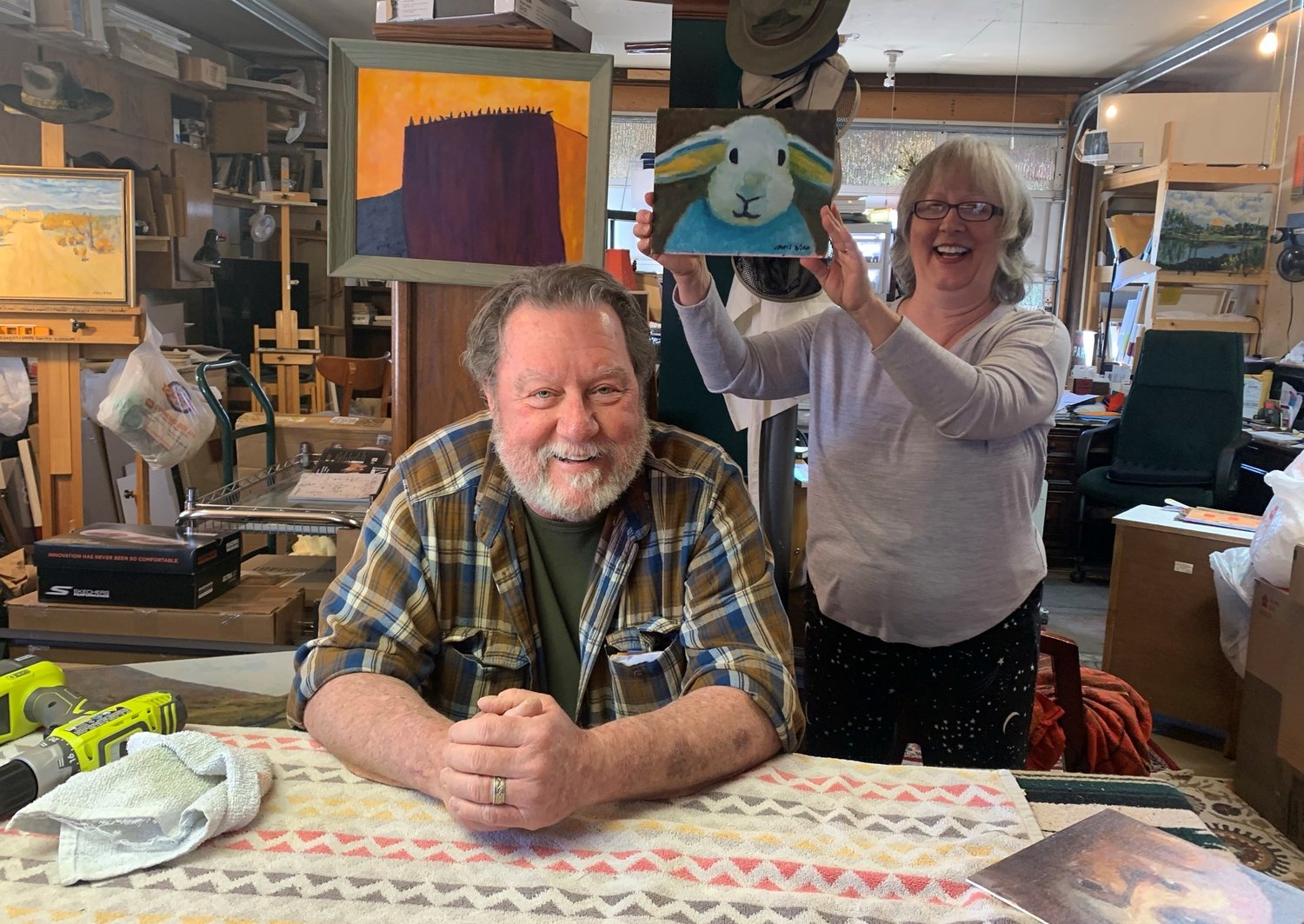 Chris Ward and Sue Kent in the studio.
Photo by Elva K. Österreich 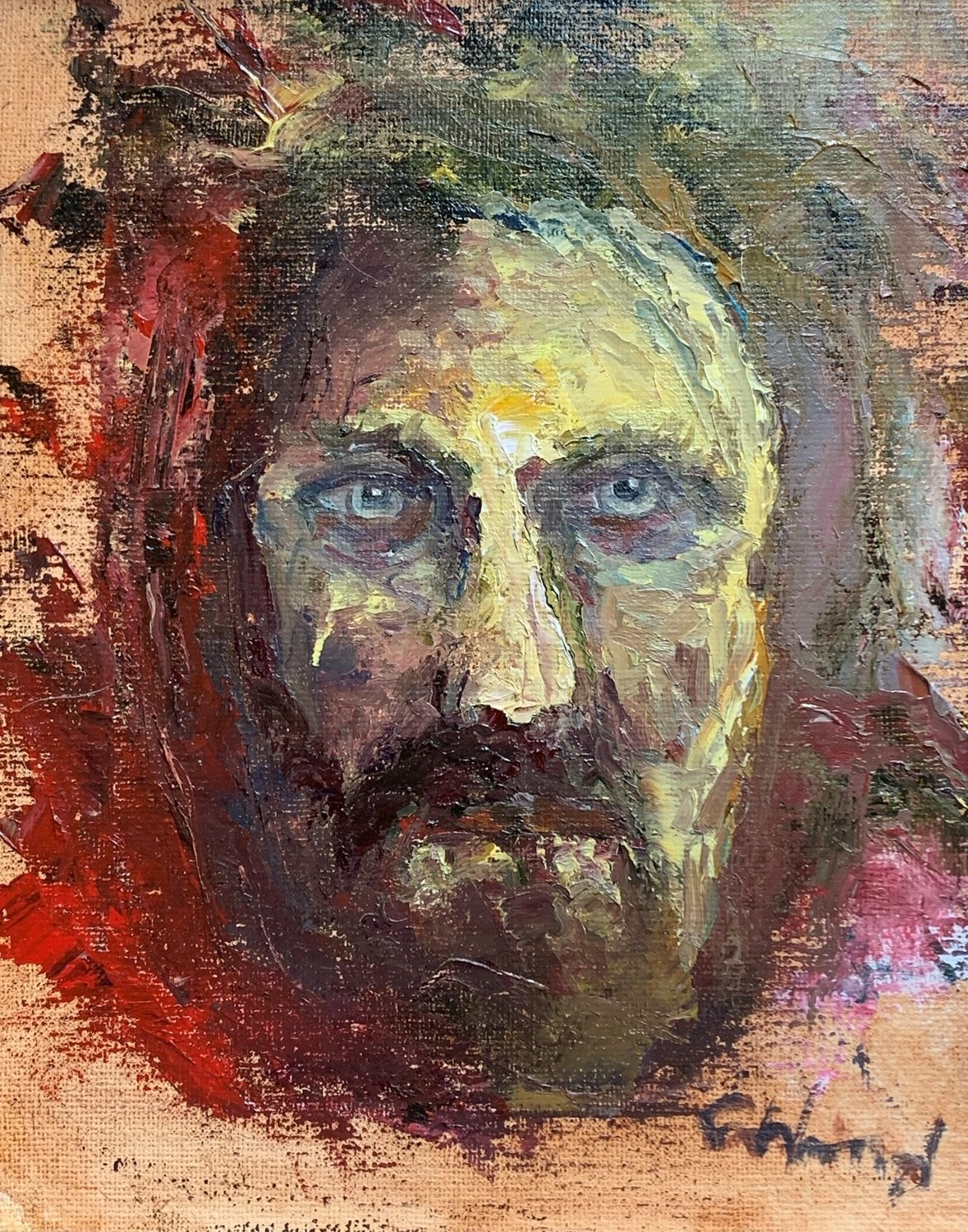 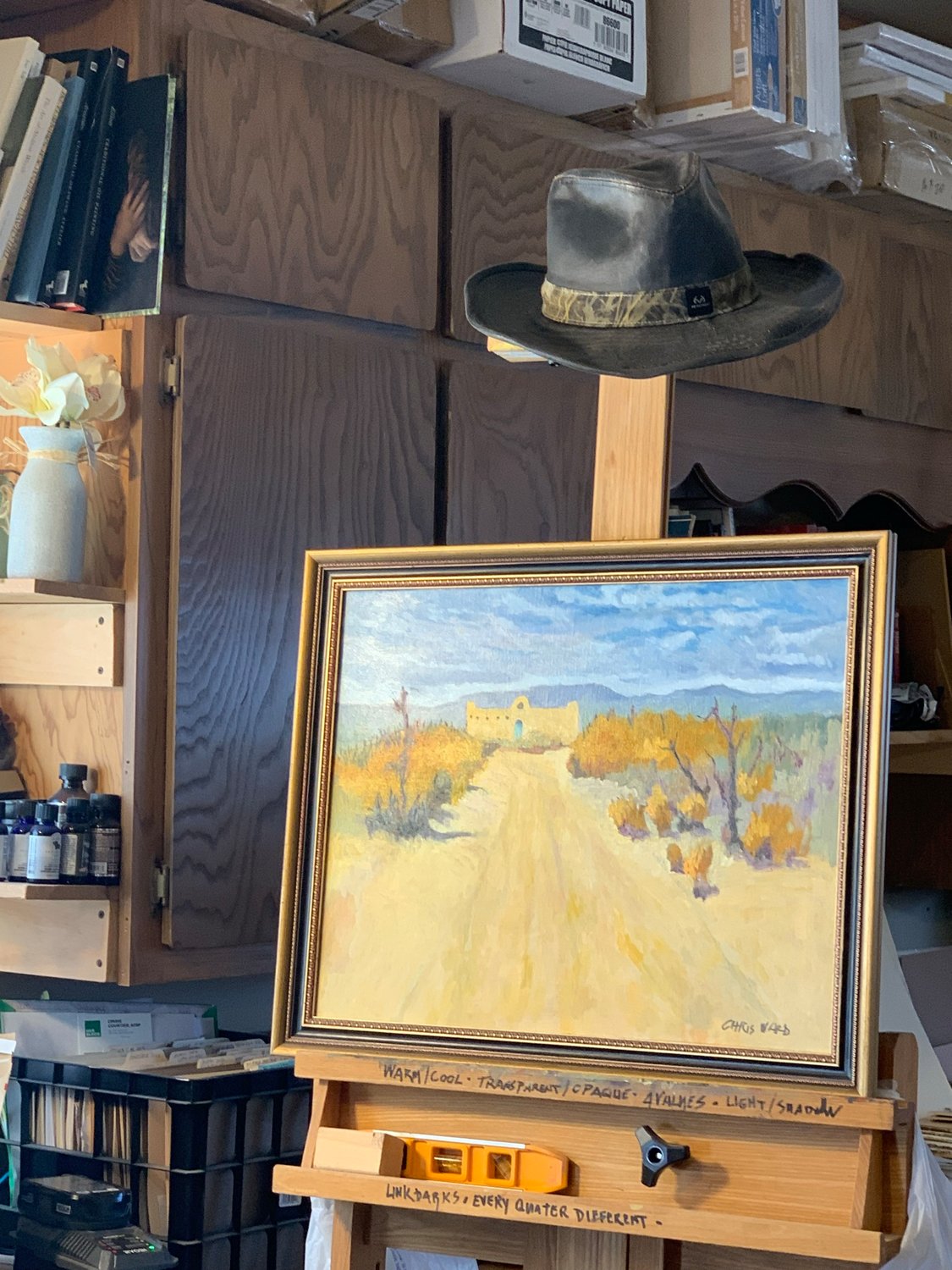 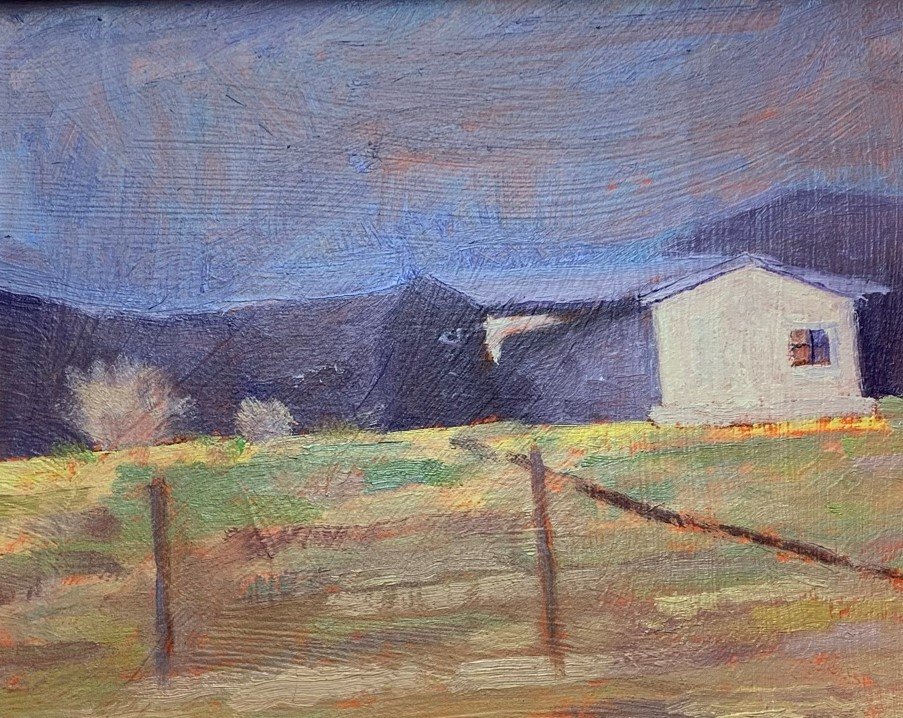 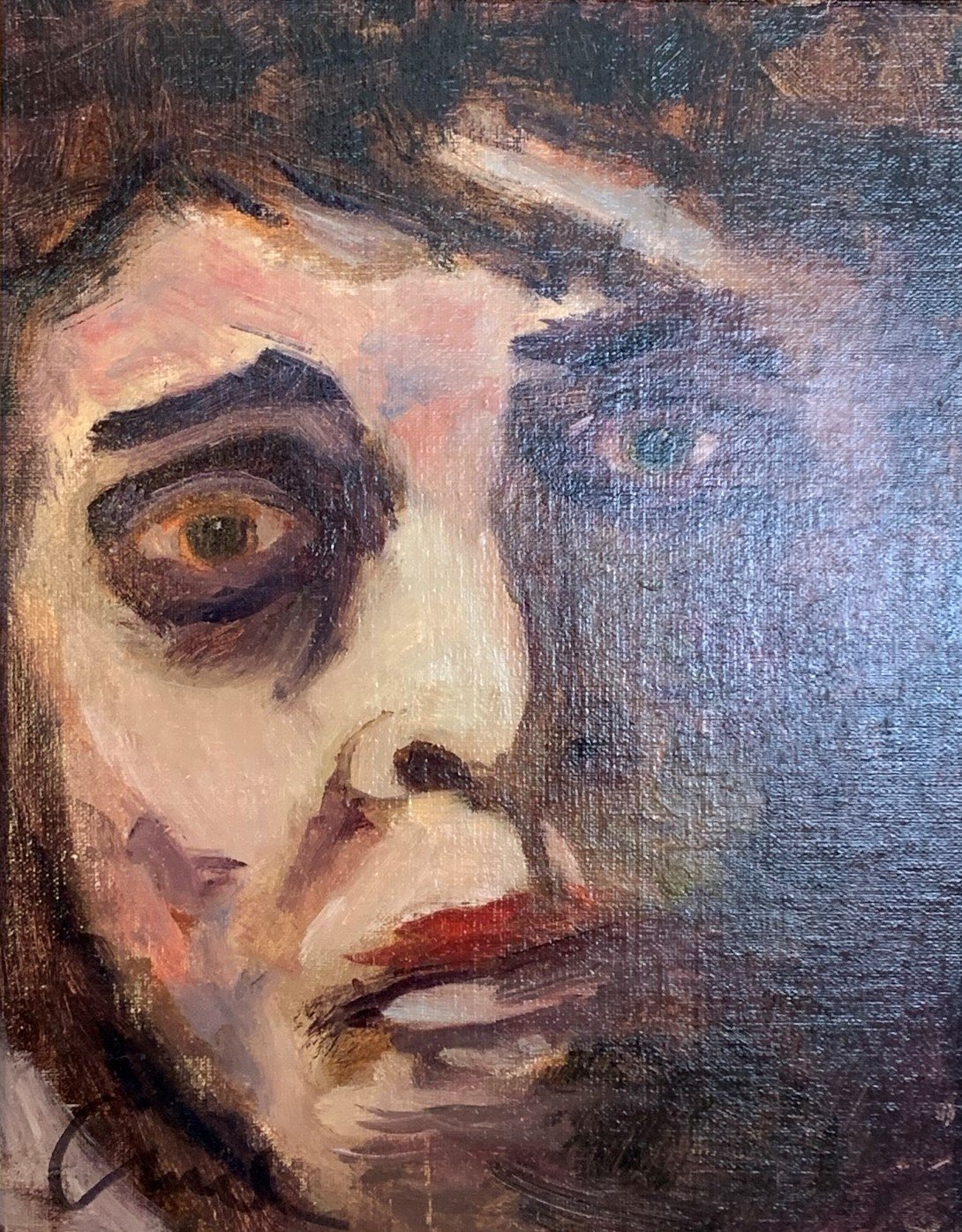 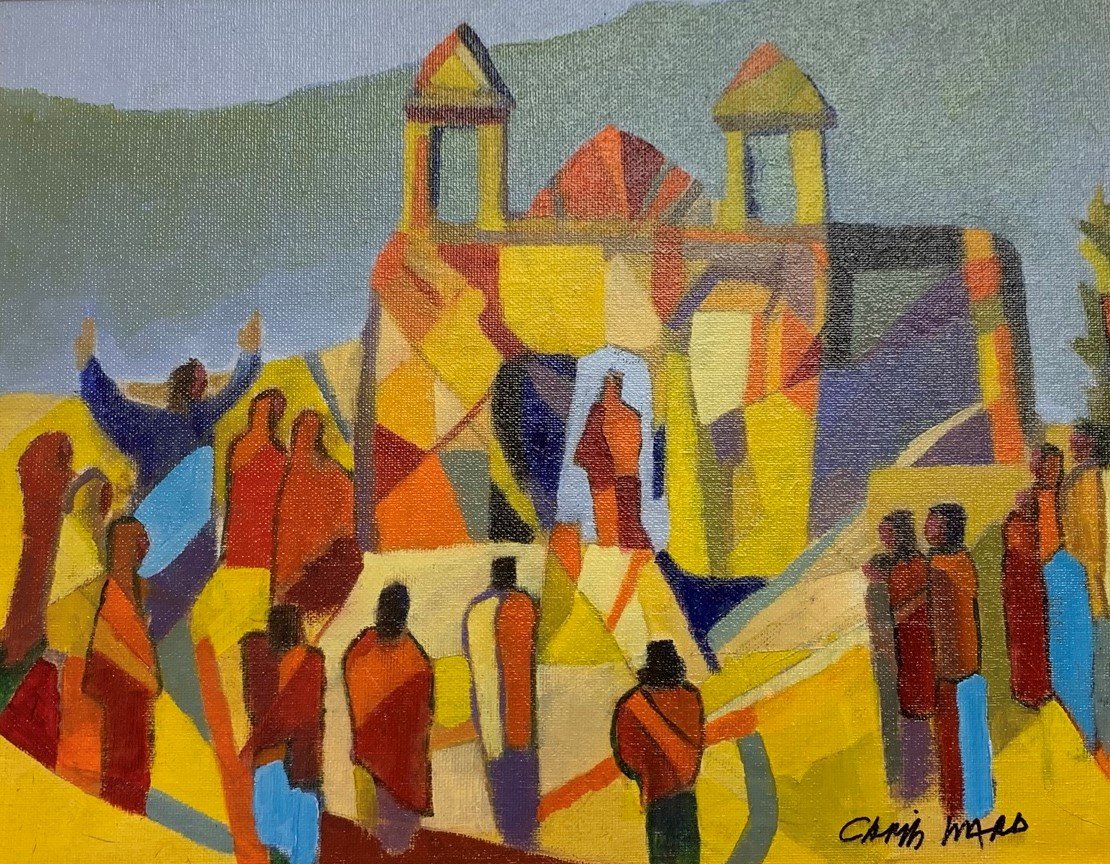 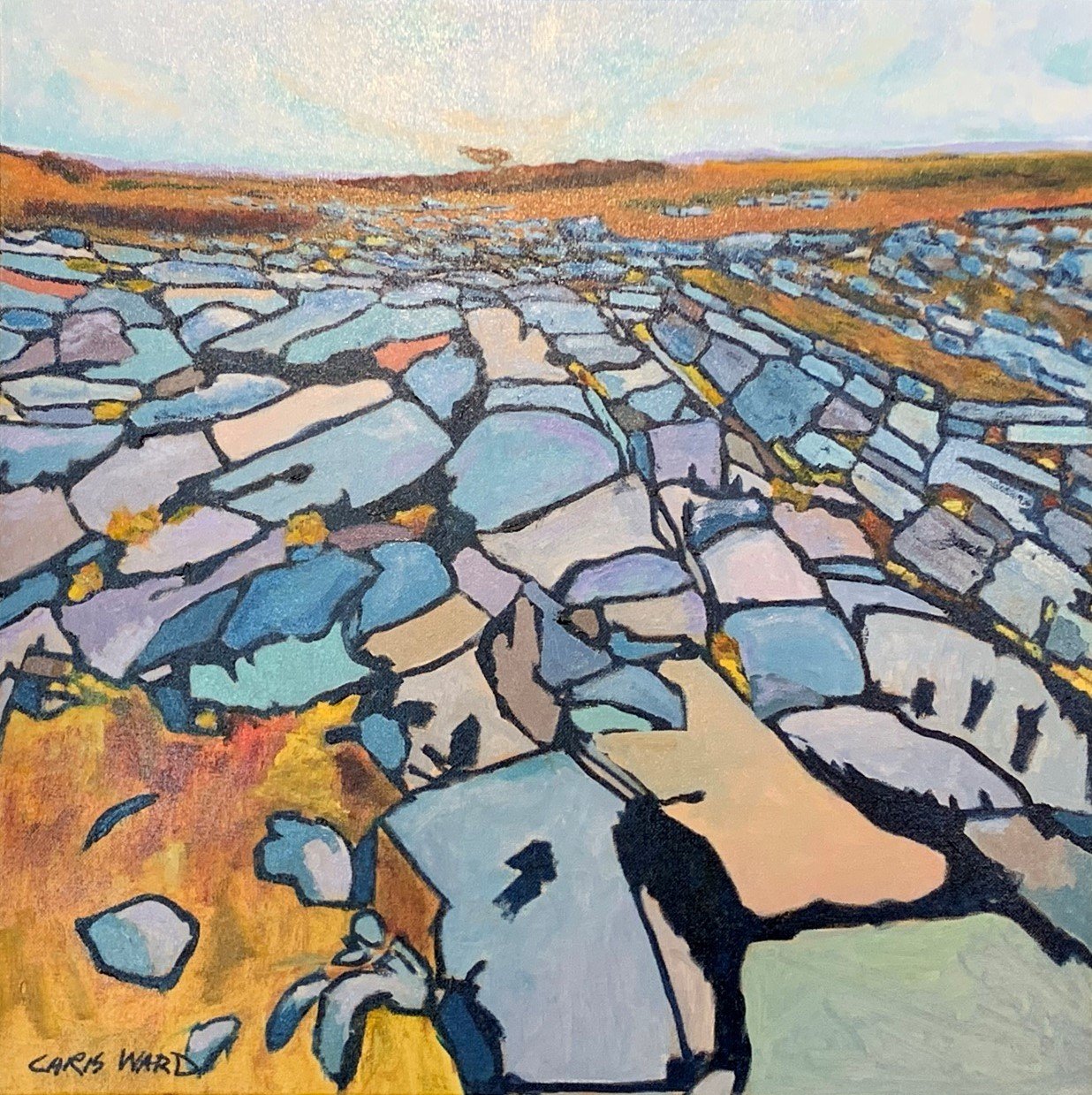 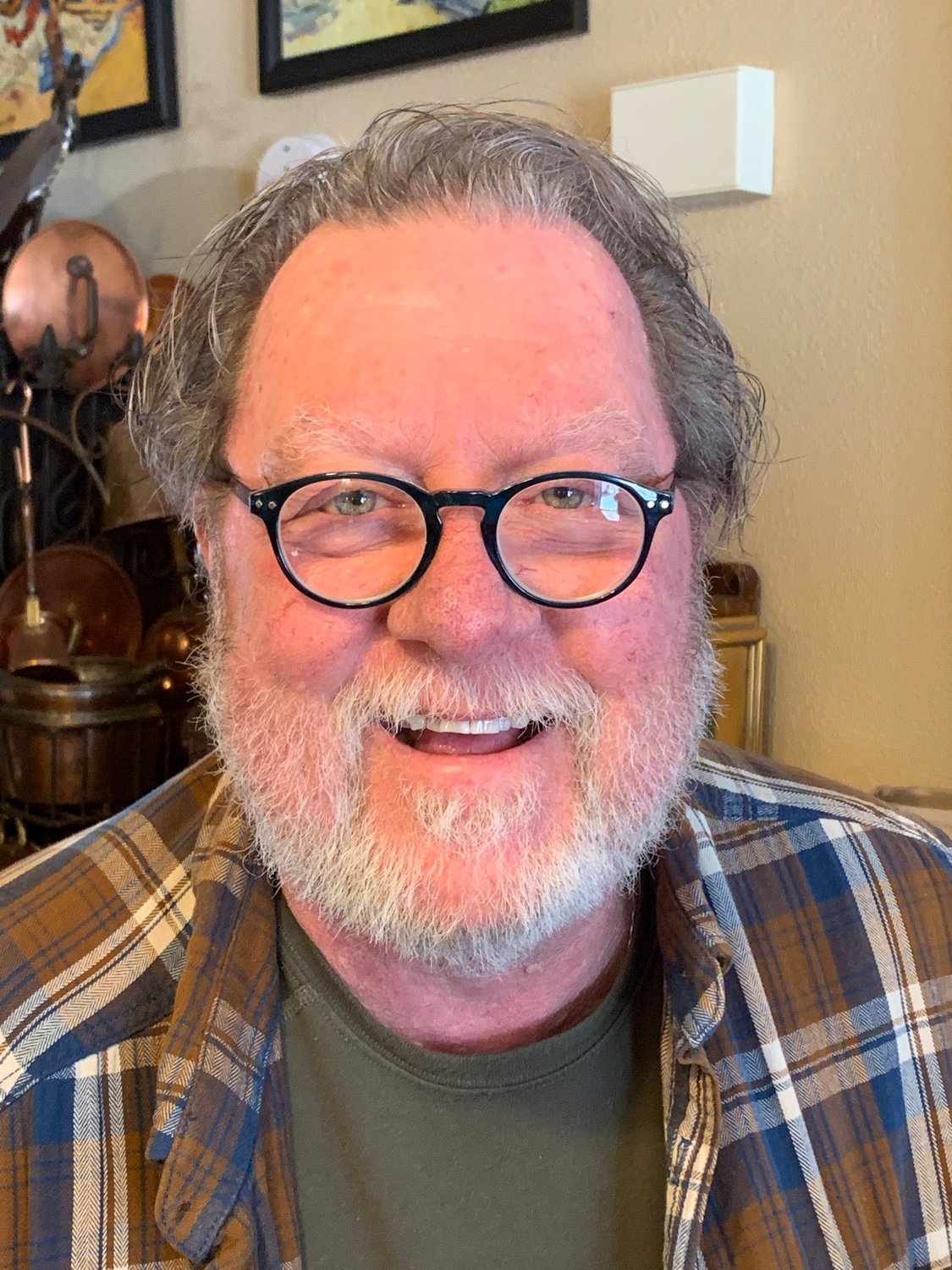 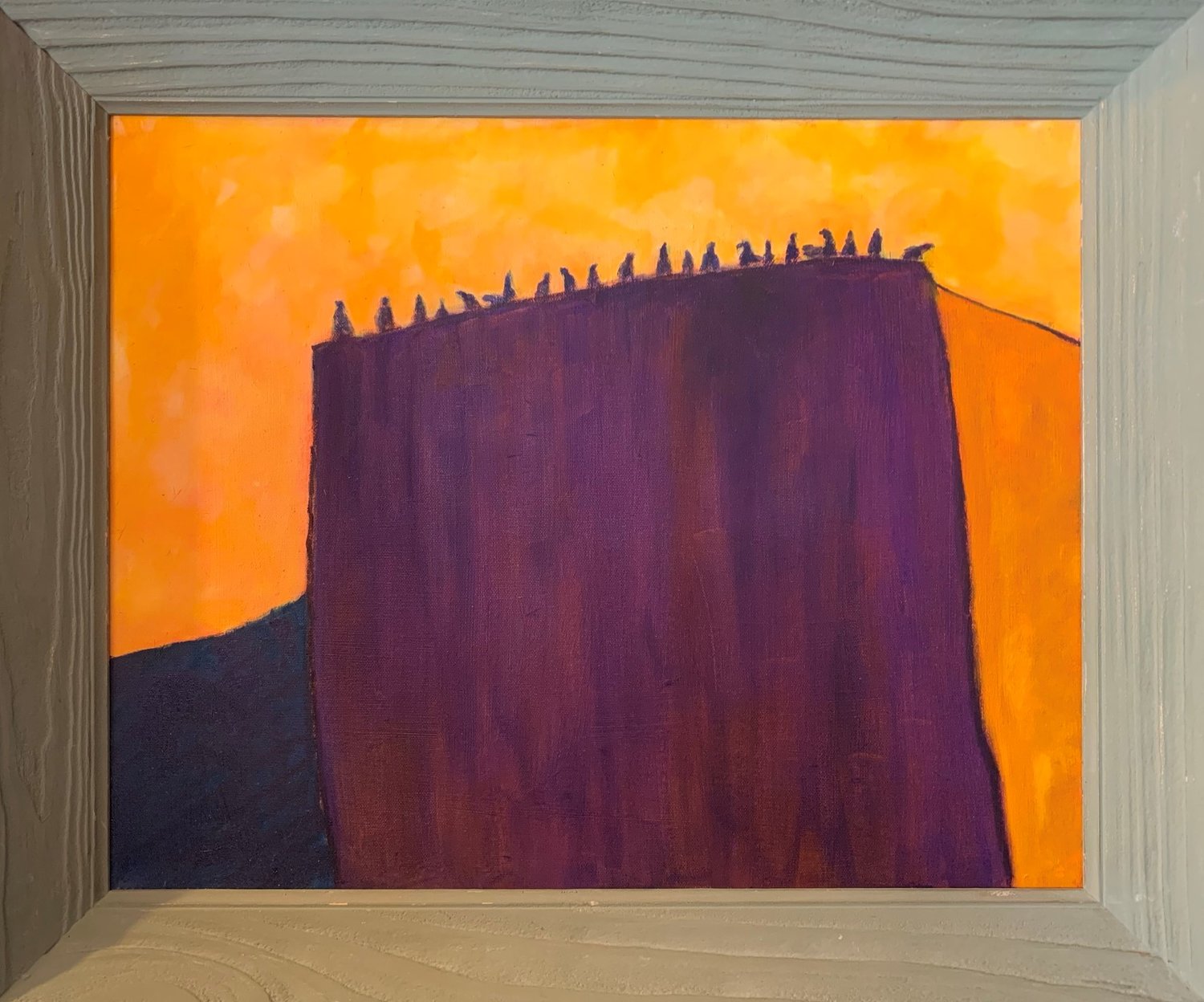 Chris Ward has been interested in art since he was a child. His heroes, depicted permanently on his arms as tattoos, are Paul Gauguin and Vincent van Gogh.

“In 6th grade, I painted a watercolor of a cactus in a pot; I have the painting somewhere,” he said. “It was the first painting I ever did and I was going to Catholic school at the time. The nuns didn’t believe that I painted it, and I got second places instead of first, so I lived with that for all my life.”

Not discouraged, Ward moved to pastels and studied art in high school, taking as many classes as they would let him. After service in the U.S. Navy during the Vietnam War, he went on to study art in college in New York.

“And I decided I wasn’t going to be able to make any money in art,” he said, and became a journalist instead.

Today, the art shines again in oil paint with Ward producing it in his Alamogordo studio. The legendary New Mexico light catches walls in his paintings of adobe huts and mansions; passion and consternation come to life in portraits of imaginary men; and the Irish landscape comes to life there too.

In 2012 New Mexico called him and he moved here for the light and childhood memories.

“Much of (inspiration) is the hours I spent as a kid watching those old Westerns,” Ward said.

He paints large and small work as well as human, animal and bird work. Nothing is out of reach for Ward as he follows his talent and passion since he retired from his long and varied career from newspapers, to stay-at-home dad (after his wife got a doctorate in chemistry), to other work.

Ward credits his partner Sue Kent for her support and publicity skills. They have put together an April show of more than 80 of his works. The show is presented, through April, by Otero Artisan's Group Gallery located at Clay Time Pottery and Ceramics in the Granada Shopping Center, E. 1st Street, Suite 756, Alamogordo. This one-man show begins with an open house on St. Patrick's Day, which is relevant because several of Wards’s paintings are an homage to his grandparents who were emigres from The Emerald Isle.

The show includes oil paintings of some places he has lived and traveled, including the desert of southern New Mexico and the streets of Santa Fe and Taos. For further information, call Clay Time at 575-495-5300 or contact Chris Ward at 404-934-9160; email at chrisward2@mac.com.