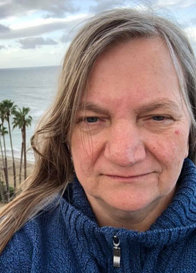 Twenty years ago, on a Tuesday, I was getting my boys ready for school, shaking them out of their sleep and gently encouraging their eyes to open when from the other room I heard, “Elva, get in here quick!”

I ran into the bedroom and Randy said, “Look,” and pointed at the television – just in time to watch as a second airplane slid strangely into the South Tower of World Trade Center in New York City.  Two thousand, nine hundred ninety-six people died because of that attack, one of them I knew, though not well. I did know and visit several first-responders and heard their heart-wrenching stories.

It remains the deadliest terrorist attack in human history and the single deadliest incident for firefighters and law enforcement officers in the history of the United States, with 340 and 72 killed respectively.

Two months earlier, in July 2001, I had my third and youngest son. He will not personally remember those surreal days following 9/11 – the anguish, the numbers coming in, the plumes of smoke or the images of people leaping to their death from 110 stories. No matter what the history books tell him, he will never fully understand what we mean when we say the world changed that day.

In August, with hope, pride, trepidation and a renewed sense of adventure, I sent that son into his future by accompanying him to Colorado to start college and then flying back alone. The world changed again for me as everything will be different and my nest is empty. My son and I have new worlds to discover.

Now, in September, 20 years later, I will remember all those sons and daughters who did not come home, a moment of silence for those mothers and fathers whose children were lost that day. My heart to yours – there is nothing I can say that words can express. There is only heartbreak still.